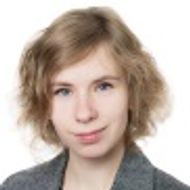 Are the trademarks SEA and Sea identical or similar?

Not long ago, Russian trademark attorneys would have said that they are “similar to a degree of confusion, but not identical”. And they would likely have been in line with the Russian Patent and Trademark Office (Rospatent). The two marks are phonetically and semantically equal, but there are obvious visual differences between them. The former is in capital letters and a standard font while the latter is italicised and boldfaced, with just the first letter capitalised.

However, while Rospatent still assesses the similarity of word marks according to their phonetic, semantic and visual aspects (an approach that is essentially the same around the world), it now gives little weight to the typographical differences.

The idea behind the new approach is to prevent duplicating rights and overloading the state trademark register, as well as to discourage regular refiling of marks that lack proper use. Russian law prohibits owning duplicate rights to the same mark in relation to the same goods and/or services. Thus, if an applicant already owns SEA, protection cannot be obtained for Sea for the same list of goods and/or services. SEA would be cited against the newly filed designation during the examination process and, in order to overcome the objection, the applicant would be required to change the specification of goods and/or services or waive the right to the earlier mark.

What does this mean for brand owners operating in Russia?

For new brands, it is prudent to file word marks in standard characters for a wide range of goods and/or services in order to obtain the broadest possible protection. This is not to say that filing a stylised version is never a good idea. If such a mark is at risk of being considered identical to the standard version, it is worth considering filing the stylised version with a slightly different specification of goods and/or services in order to avoid citations of the earlier-filed mark. This approach is beneficial both from an enforcement and advertising perspective.

When it comes to extending protection for existing word marks, applicants should ensure in advance that the goods and/or services specified in the new application do not overlap with those already covered in existing registrations. This will minimise the risk of Rospatent examination inquiries interrupting the registration process and adding delays of up to eight weeks.