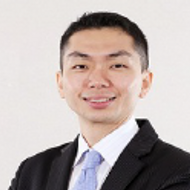 On 30 December 2020 the Taiwan Intellectual Property Office (TIPO) published its proposed amendments to provisions of the Patent Act, which are now open to the public for comments. If passed, the amendments will significantly restructure Taiwan’s patent appeal system.

TIPO would establish a review board, which will specifically hear and review the following patent cases:

According to the proposal, the board will comprise three or five TIPO-appointed members who are experts in patent examination and/or in the legal sphere. They will perform their duties independent of TIPO’s supervision. While it will hold hearings for oral arguments from both parties in inter partes proceedings (invalidation proceedings and petitions to disqualify granted patent extensions), the board will only hold hearings in ex partes proceedings when necessary.

Appeals against rulings rendered by the review board

More importantly, in lawsuits where a party challenges a ruling made by the review board in inter partes proceedings, TIPO will no longer be named as a party to the litigation. Under the current practice, TIPO is named as a party in lawsuits where any parties disagree with a ruling issued by it and challenges this before the IP Court, where TIPO must defend its rulings and substantially participate at the litigation. The proposed amendment frees TIPO from this requirement. For instance, after the review board renders a ruling that invalidates a patent in an invalidation proceeding, the patent owner may challenge the ruling by filing litigation before the IP Court. The applicant who initiates the invalidation proceeding will be the sole party in this lawsuit, defending the review board’s ruling invaliding the patent – neither TIPO nor the review board will be involved in the litigation.

Disputes on ownership of patented inventions

Under the proposed amendment, in disputes involving ownership of patented inventions – namely disputes over who is the owner of a patent or of an invention that is eligible for patent protection – parties will be required to initiate litigation at the courts having proper jurisdiction and request that the courts declare ownership of the patent or invention at dispute. If the proposed amendment is passed, TIPO will no longer enter a dispute where the parties are arguing over ownership of a patent or invention and will make a proper record of the party whose ownership is duly acknowledged by courts.