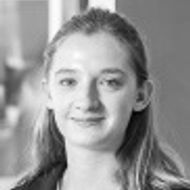 Conventional plastics are heavily relied on for modern living. Their durability, versatility and low weight and cost means that they are used in everything from food packaging to circuit boards. However, these same beneficial properties provide significant challenges to both waste disposal and the search for replacement materials. The chemical structure of the most common plastics (eg, polyethylene, polypropylene and polystyrene) comprise strong C-C bond links, requiring thousands of years to fully degrade. When improperly disposed of, plastics persist in the natural environment, which creates vast amounts of plastic pollution. A notable example of this is the Great Pacific Garbage Patch, which floats at the ocean’s surface between Hawaii and California and comprises more than 80,000 tonnes of plastic. It spans an area three times the size of France – a number which has been exponentially increasing from the 1970s.

Exacerbating this problem is the fact that current plastic consumption is mostly single use. In 2016 alone, 480 billion plastic bottles were bought, which equates to one million bottles a minute. The problems associated with improper plastic disposal include toxicity to sea surface feeders, entanglement of wildlife, bio-accumulation of plastic chemicals and micro-plastic particles in the food chain as well as the economic cost of environmental damage to marine and land ecosystems. However, plastic disposal is not the only problem. Conventional plastics are petroleum derived and therefore associated with a high carbon footprint, which contributes to global warming.

The need for viable alternatives to conventional plastics is clear. However, creating alternatives with comparable material properties which can be both produced and disposed of in a sustainable way sets a high bar for research.

The term ‘bioplastic’ defines any polymeric material that is derived from a renewable biomass source (eg, starch, food waste and vegetable oils). While bioplastics may not necessarily biodegrade faster than petrochemically derived analogues, their by-products are non-toxic and environmentally benign. Bioplastics have the potential to tackle many of the problems associated with petrochemically derived plastics. However, they may remain in the environment for a considerable period of time and can be equally pervasive if improperly disposed of.

While the environmental issues associated with plastic have been widely covered in recent news, research into bioplastics has been ongoing for decades. Potential replacement materials are already known, including synthetic bioplastics where monomers are derived from biomass and subsequently polymerised to form polymers (eg, polyhydroxyalkanoates and PET replacement polyethylene furandicarboxylate) in addition to polymers derived from the valorisation of biomass where lignocellulosic material is processed to produce thermoplastics. The growing interest in bioplastics is reflected in a steady increase in the number of patent applications, from 500 applications in 1999 to around 7,000 applications in 2016, from companies such as Natureworks and Corbion. However, the high cost associated with producing these materials, in addition to insufficient material properties, has inhibited the widespread penetration of these materials into the commodity plastics market.

One bioplastic that has received significant attention is polylactic acid (PLA), an aliphatic polyester produced from lactic acid monomers. The monomers are derived from the fermentation of carbohydrates, in a method similar to that which occurs in the body, and conversely can be enzymatically broken down – first into soluble oligomers and then CO2 and H2O. PLA’s position as one of the leading bioplastics is evident in the increasing number of patent applications directed towards this material, from 350 in 1999 to 3,300 in 2016.

DuPont first patented the production of high molecular weight PLA in 1954, utilising ring-opening polymerisation of the cyclic dimer (lactide). The resulting polymers were found to have good mechanical properties and fast rates of biodegradation. As a result, PLA has found utility in medical applications (eg, bioabsorbable sutures, orthopaedic devices and drug-delivery applications). However, the high costs associated with the production of PLA, which requires temperatures in excess of 200°C and volatilisation steps, has restricted its use to high-end applications. Further, additives are often required to provide the required properties for certain common applications such as barrier properties suitable for food packaging applications. Consequently, PLA production is still relatively small (roughly 200,000 tonnes in 2014, compared to 350 million tonnes of plastic in total produced globally in 2017), a number that reflects the relative penetration of all bioplastics into the commodity plastics market.

Part two of this article will look at the IP law surrounding filing patent applications for sustainable plastics and will be published on 7 August.