What constitutes evidence of use? 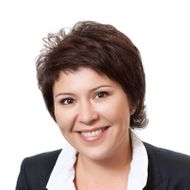 Russian law stipulates that use of a trademark is compulsory. Failure to comply could lead to the termination of the trademark. Article 1486 of the Russian Civil Code establishes that the legal protection of the trademark may be prematurely terminated in respect of all or part of the goods or services, where the trademark has not been used for three consecutive years from the date of registration.

Once the three-year grace period has elapsed, any interested party may file a non-use cancellation claim with the IP Court. According to recent changes in Russian law which came into force on 12 July 2017, the interested party must approach the trademark owner with a preliminary proposal to either voluntarily cancel the trademark registration or assign rights in it to the interested party before filing the claim. A non-use cancellation claim can be filed with the court within 30 days of the two months from when this proposal is sent.

The following two criteria must be met in order to terminate a trademark:

Article 1484 of the Civil Code lists the following acts which constitute trademark use:

As in any litigation case, the outcome depends on the evidence presented to the court. In the context of Article 1484 of the Civil Code, the evidence may include the following documents:

What does not constitute use?

When collecting the documents, it is crucial to make sure that they do not fall into typical pitfalls such as:

Often trademark owners do not use the trademarks themselves, they authorise third parties to do so instead. In this respect Russian law does not stipulate that the owner must use the mark exclusively. The law indicates that the mark can be used by an authorised third party based on a licence or sub-licence agreement, or with the owner’s permission. The latter describes business or other contractual relationships between a rights holder and a third party.

Circumstances beyond the rights holder's control

Although a trademark must be used, Russian law provides some exceptions for non-use. These are circumstances beyond the rights holder's control (ie, force majeure or unpredictable political decisions), which may be used as a defence in cancellation proceedings. Examples of such reasons are: