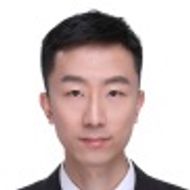 Bad-faith filings in China are a constant headache for brand holders. Before finalising a trademark strategy, there are particular areas that deserve special focus.

Article 4 is not an elixir

There remain questions over whether the latest amendments to Article 4 of China’s Trademark Law could be used to oppose or invalidate a trademark if there is sufficient bad-faith evidence. According to current practice in Chinese courts, the answer is both yes and no.

The language in Article 4 is interesting. It reads: “A bad faith application for trademark registration for a purpose other than use shall be rejected.” This means that even if a trademark is filed without intention to use, it can still be registered if it is not filed out of bad faith. Another scenario is that even if a trademark is filed in bad faith, but its owner has intention to use or has already used it, the application may not be refused based on this article.

The article aims to address trademark hoarding and mass trademark filing – it is not designed to attack all bad-faith trademarks. For instance, if a single applicant filed 100 trademark applications and the client’s mark was just one among them, the client stands a good chance of solving this issue by relying on Article 4. However, if the applicant only filed a few trademarks, the client may have to resort to other articles.

When a mark has been registered for more than five years and there are no other absolute grounds (eg, genericide) to fall back on, non-use cancellation is always worth a try.

The cost of non-use cancellation is low because the burden of proof is entirely on the side of the trademark owner, and the success rate is extraordinarily high, usually around 50% to 60%. In most cases before the trademark branch of the China National IP Administration (CNIPA), trademark owners do not file any evidence of use.

In practice, clients are strongly recommended to use a third party to file a non-use cancellation. This can avoid retaliation and increase the chances of purchasing the trademark from its owner. Moreover, if the case is brought before court, it would be easier for the third-party, which is usually a Chinese mainland company or a Hong Kong company, to produce authorisation documents.

In principle, clients should file a non-use action even if the trademark has been used in commerce, because the adverse party may fail to respond to the CNIPA’s notice for various reasons or else will produce evidence showing how and to what extent the mark is being used, which can be of great help to evaluate other possible legal or business options.

The TRAB’s latest statistics in early June 2020 revealed that in 2019, the plaintiffs’ success rate in reversing TRAB decisions was around 23% before the Beijing IP Court. Among those 23% cases that the TRAB lost, 44% were caused by so-called ‘changed circumstances’. Due to the TRAB’s huge workload, examiners do not usually suspend cases, even if the result hinges on the status of another pending case. They simply adjudicate these cases quickly based on the status at the time of their examination. Therefore, when these decisions are brought before the Beijing IP Court, the status of other relevant cases may have changed. For instance, the cited prior marks may have been invalidated during the invalidation process, so they no longer block the client’s trademark from registration. Considering that changed circumstances is the main reason leading to a reversal of a TRAB decision, it is advisable to appeal TRAB decisions to the court if decisions are reliant on other pending cases.

This type of litigation is known as ‘procedural litigation’ because no party has substantive dispute over the TRAB decision. Usually such litigation would buy plaintiffs four to six more months before the Beijing IP Court. Further, as this litigation is just procedural, the legal fees are usually quite affordable. That being said, before a mature case suspension mechanism is available, clients still have to bear the additional costs. Further, it has been noticed that foreign parties usually enjoy higher success rate in lawsuits against TRAB decisions.

In the case where the adverse party’s trademark has already been used, clients are often advised to take additional actions apart from opposition or invalidation. By leveraging tactfully designed administrative raid actions or civil litigations, clients may collect favourable evidence  and provide this in the ongoing opposition or invalidation procedure, which could dramatically increase their chances of success. The Beijing IP Court has exclusive jurisdiction over all TRAB decisions, while local courts govern both administrative and civil litigations. In order to avoid possible conflicting conclusions, the TRAB and the Beijing IP Court usually give weight to the evidence produced in the local administrative or civil actions.

This practice is particularly effective in assessing trademark similarity in opposition and invalidation procedures. There are emerging cases, especially in the fashion industry, where the registered trademark per se is not quite similar to the client’s marks, but is transformed in actual use to heighten the resemblance. If the client can obtain penalty decisions from local administrations or judgments from local courts that declare the defending trademark to be infringing, they can use such decisions as strong evidence in the opposition or invalidation proceedings, even if the legal documents are not final.

More or less claims?
It is common practice to build cases on as many grounds as possible to increase chances of success. However, in some cases where evidence is not sufficient to support a claim (eg, well-known trademark status or prior copyright), it is important to tread carefully and avoid citing this claim in order to avoid being blocked by claim preclusions in the future. For instance, for copyright, it can be complicated and time consuming to collect all the evidence to establish the chain of ownership of the right, from the inventor to the current rights holder. As Chinese courts can be quite demanding in this regard, it is wise to restrain from citing such grounds unless solid evidence, which meets all the Chinese requirements, has been collected.

Cases consolidation
Applications may be filed at the CNIPA, which request a consolidated examination of several relevant cases. In this case, it is advisable to have all these cases examined by a single examiner.

Although China is not a common-law country, most exemplary Chinese cases tend to be quickly codified in the form of laws, judicial interpretations and guidance, and Chinese courts do value precedents in trademark cases. The Supreme Court publishes guiding cases regularly and the Beijing IP Court has been requiring parties to submit precedents for many years.