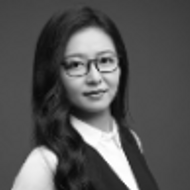 On 7 January 2016 Van Cleef & Arpels SA registered its four-leaf clover design (Figure 1) as a 3D mark in Class 14, designating jewellery, necklaces (jewellery) and bracelets (jewellery), among other things, in China. In April 2018 an individual filed an invalidation application against the mark, which the China National Intellectual Property Administration upheld, citing Article 11.1.3 of the Trademark Law. 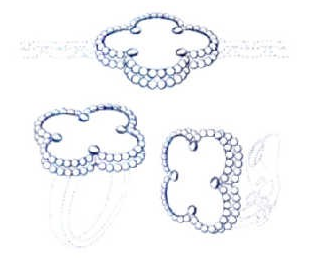 Van Cleef & Arpels brought an administrative lawsuit against the contested decision before the Beijing Intellectual Property Court. In support of its action, the company essentially raised two pleas:

The Beijing Intellectual Property Court referred to Article 9 of the Provisions of the Supreme People's Court on Several Issues Concerning the Hearing of Administrative Cases Involving the Granting and Affirmation of Trademark Rights in assessing the mark's inherent and acquired distinctiveness:

Where an application is filed to register the shape or partial shape of a product as a three-dimensional trademark, if under most circumstances, the relevant public is not likely to take such sign as a source identifier of the goods to which it is attached, such sign should be found non-distinctive as a trademark.

The fact that a three-dimensional sign has been originally created by or firstly used by the applicant shall not necessarily be admitted as proof of distinctiveness of such sign.

Whereas an inherently non-distinctive sign as mentioned in the first paragraph has become, through long-term or extensive use, source identifier of the goods to which it is attached by the relevant public, the Court may recognise such sign as distinctive.

The court listed the following parameters in assessing the inherent distinctiveness of a trademark:

The court found that, despite the characteristics embodied in the mark's shape and the combination of decoration, consumers with an ordinary level of perception would still likely to identify it as a product shape rather than a trademark, when it was used on the designated goods. Therefore, the mark did not function as a source identifier.

The fact that the design depicted by the mark was an unconventional design had no bearing on the assessment of its inherent distinctiveness.

The court concluded that the mark was inherently non-distinctive and that Van Cleef & Arpels' first plea was unfounded.

The court held that even if the evidence submitted by Van Cleef & Arpels could prove the extensive promotion and sale of the four-leaf clover jewellery line, they had still failed to prove that the mark was used as a trademark in mainland China.

Given the mark's lack of inherent distinctiveness and the insufficient trademark use evidence, the court found that the mark had not acquired distinctiveness through actual use. Therefore, the second plea was also dismissed.

Van Cleef & Arpels appealed before the Beijing High Court and the case is pending.

It is intriguing that the Intellectual Property Trial and Appeal Board, which is affiliated with the Korean Intellectual Property Office, affirmed the acquired distinctiveness of Van Cleef & Arpels' four-leaf clover shape in 2019. The Beijing IP Court has set a high threshold in assessing the registrability of a 3D trademark which consists of a product shape. It remains to be seen whether this view is shared by the Beijing High Court.