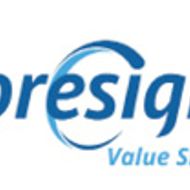 The Singularity University in Silicon Valley has an ambitious mission when it comes to educating its international, diversified student base: the 10^9 challenge, which involves developing ideas that improve the lives of at least one billion people over the next 10 years. In the eyes of visionary founders Ray Kurzweil and Peter Diamandis, these large-scale, ambitious ideas on the critical path to solving world problems should be top of mind for innovators worldwide. Looking at patents through the ‘Singularity’ lens, it quickly becomes clear that high patent value does not always correlate to the magnitude of the underlying innovation. On the contrary, many valuable patents today derive their value from the size of the product market employing the underlying invention, which might be a very small and marginal feature whose value can be traced back to a few words in the patent claims. That type of analysis is focused on ‘enforcement valuation’ based on the breadth and coverage of the claim language, as opposed to the magnitude of the problem that the invention is addressing. The questions then become whether patents are valued the right way and whether there is a better way to measure the value of patents that would reflect the impact of the underlying innovation on people and markets.

Take, for example, the Gates Foundation’s ‘Reinvent the Toilet’ initiative, which was launched in 2012 to develop next-generation toilets that will deliver safe and sustainable sanitation to 2.5 billion people around the world. The foundation issued a global challenge to design toilets that can operate without piped water, sewer or electrical connections, while recycling waste into useful resources (eg, energy and water) at an affordable price. What would be the value of a patent portfolio covering one of these alternative toilets? Can existing patent valuation approaches capture the value of such invention? In order to answer this question, one must first understand the landscape of IP valuation and the circumstances when intangible assets, most notably patents, are valued.

IP valuation landscape: when and why are patents being valued?
The valuation of intellectual property (primarily patents) in the United States was initially limited to damages calculations in legal cases involving claims such as patent infringement. With the introduction of tax planning involving intellectual property (eg, transfer pricing and patent donations) the valuation of intangibles became critical in non-litigation circumstances as well. Companies were required to include in their tax reporting the fair market value of intellectual property involved in transactions, such as the inter-company transfer of intellectual property or the donation of a patent to a university. New accounting rules related to business combinations in the United States, introduced in the early 2000s, expanded the need for IP valuations, as companies were now required to report the fair value of intangible assets purchased with a target in an M&A deal. Tax planning, financial reporting and litigation damages are all 'compliance' situations: instances when the value of intellectual property is reported and the valuation process is controlled by regulators or by the court system. Under these circumstances, an exact dollar value is required for reporting purposes, where non-monetary dimensions of value are not the focus of the analysis.

In parallel to the proliferation of tax and accounting rules, which mandated the valuation of intellectual property in certain transactions, the field of intellectual asset management was starting to gain momentum. Sophisticated companies with significant patent portfolios were leading the way, and with the increase in complexity of active IP portfolio management came the need for valuation for reasons unrelated to compliance or reporting. The types of activity where valuation became increasingly important include strategic decisions throughout the lifecycle of the IP portfolio, starting from the point of IP portfolio creation (R&D and patenting decisions) all the way to commercialisation and monetisation activities (spin-offs, joint ventures, patent licensing and patents sales). Since many of these activities are not usually subject to tax or accounting reporting, these transactions can be referred to as 'non-compliance' situations. In these instances, the valuation is often done with a greater degree of freedom, looking at complex scenario analysis resulting in a range of potential values, which could potentially involve some non-monetary attributes of the patent.

Case study: Gates Foundation toilet initiative
The set of circumstances above centres on the assignment of monetary value to intellectual property, which is the normal environment where most IP valuations occur. An interesting alternative framework for looking at IP valuation, especially when it comes to disruptive Singularity-type of innovation, involves the use of the triple bottom line (TBL) framework. Coined by John Elkington in 1994, the TBL is a measurement framework that incorporates three dimensions of value: social, environmental and financial. These are often referred to as the three Ps: profit, people and planet. This is a more holistic approach to value, which includes environmental and social measures that can address some of the non-monetary aspects. Finding a common unit of measurement for the three Ps is often a challenge, but it is at least a useful framework to carry when looking at certain types of patent.

Going back to the toilet patent portfolio example, a typical way in which such a portfolio would be evaluated in a non-compliance situation is by looking at two value options: is there an enforcement value to the patents today or do they have value in the context of future products and markets? With a forward-looking invention, there is most likely no enforcement value, as the patent is reading on no products in the current market. It then becomes a matter of analysing the value of the patent in association with future markets and products, which brings into consideration the R&D cycle, product risk and market risk associated with the technology.

Little money is to be made from products going into developing countries, as the consumer is poor and the product will likely be partially or fully subsidised by the government, resulting in little profit or no profit. Considering the economic and political risk associated with the deployment of this product, the monetary value of the patents is likely to be low. However, the patents could score very high on the people (social) scale and the planet (environmental) scale. The invention is slated to improve the health and sanitation of billions of people, which will positively affect many economic, social and public health indices in the third world countries where these will be installed. It will also affect the environment in positive ways by recycling waste into usable resources.  Still, these value attributes are often not considered at all when it comes to patent valuation.

Once the measurement units are fully established, these non-monetary aspects may be important considerations and incentives for the developing organisations, as well as the governments and foundations supporting these initiatives. Under the TBL approach, at least these non-monetary attributes can be captured and considered for patents that do not fit the profile driving a high monetary value. Most patents will fall somewhere on the spectrum between a ‘singularity’ idea and a product feature, but it is worth remembering as companies plan their R&D budgets and consider the impact that future products might have on the corporate bottom line.