IP value and the venn of effective patent claims 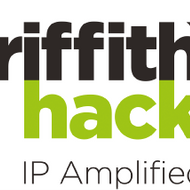 During the expansionist period of the United States, any male citizen could claim unowned land for himself. But not all claims were created equal – for example, the claimed land had different levels of merit according to whether it was in use and whether the claimant improved the land and lived on it. Similarly, in that period a mining claim was made with claim boundaries, typically wooden posts. Such mining claims always started out as an "unpatented claim" (the actual terminology used). The owner of an unpatented claim had to begin mining or exploration activities to prevent it being lost. If the miner could prove that the mined land might be operated profitably, the government would award the miner a patent (deed) for the land. This type of patented claim could be used for any purpose desired by the owner.

Like miners in the Wild West, patent attorneys today generally attempt to peg out the largest area around an invention. The invention is defined by patent claims. As with land claims, not all patent claims are created equal. There are three quite distinct lenses through which patent claims can be viewed, and high-quality claims are constructed with all three lenses in mind.

The first of these lenses is claim scope. A claim desirably includes within its scope the intended commercial embodiment of the invention. The claim scope is intended to:

The second lens is validity. In order to be valid, a claim must reach a certain threshold of patentability. One requirement is that the subject matter of the claim is new. The claim scope is usually limited by prior art and its interpretation by patent offices. The validity of claims can be challenged after the patent has been granted.

The final lens is enforcement. This is a legal view of how any future patent enforcement proceedings would fare in court. While issues of validity are a consideration, other factors come into play such as the ease of detecting and enforcing infringement.

In the venn diagram below, the desired bullseye is area 7, where the patent claims satisfy all three lenses: claim scope, validity and enforcement.

Patents in the following areas are one-dimensional and subsequently weak:

Patents in the following areas look good through two lenses:

Does a bullseye equate to high patent value? Not necessarily.

It takes more than effective patent claims to generate value
A number of economic lenses determine whether a well-constructed patent is valuable:

There is little point in precisely staking a claim if you have selected a barren piece of land.