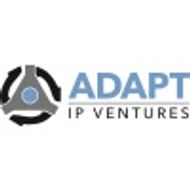 Innovative groups including companies of all sizes, universities and individuals seek to maximise the value of their intellectual property by investing in R&D activities and pursuing patent protection. Medical device companies are particularly focused on converting R&D efforts into patent-protected products. However, these companies and innovators face constant challenges resulting from numerous changes in regulations, pricing coverage, tax regimes and IP rights. As a result, corresponding IP values within the medical device industry appear to be declining based on a study of identified licensing transactions and royalty rates. To improve IP value, licensors must focus on demonstrating product and technology value to differentiate their licensing opportunity from others on the market and to command higher royalty rates, better deal terms and potential multiple licensing opportunities across different end markets and licensees.

Background
Significant changes in regulatory and tax policies are expected in 2017 and beyond as Donald Trump begins his term as president of the United States alongside a Republican-led House of Representatives and Senate. A driving message in Trump’s campaign was the repeal and replacement of the Affordable Care Act, a critical component of the US healthcare systems. At present, the act includes an excise tax of 2.3% on certain products sold by medical device manufacturers based in part on the corresponding increase of patient procedures. This tax policy, effective January 1 2013, potentially stripped billions of dollars of financial benefit from innovative companies focused on developing and commercialising intellectual property. On December 18 2015 the Consolidated Appropriations Act 2016 (Pub L 114-113) was signed into law and included a two-year moratorium on the medical device excise tax. As 2017 emerges with numerous fronts of political discord and uncertainty, there are a number of proposals and discussions set to repeal the medical device tax, including the Medical Device Access and Innovation Protection Act and the Protect Medical Innovation Act of 2017. So what is the connection to IP value?

The analysis does not include outcomes of litigation-based licensing transactions or settlements.

The observations can be summarised as follows:

While the passage of the Affordable Care Act and its subsequent taxation (and the two-year moratorium) on the medical device industry is a likely factor for driving down the number of IP licensing transactions and corresponding royalty rates in the medical device industry, it is unlikely to be the only factor. Other factors that may negatively affect IP transactions and corresponding IP value include:

Further, this analysis is limited to data that is publicly available and data that was included in the search as queried. The chart below further illustrates the historical decline in royalty rates from 2010 to 2016.

Exemplary impact on IP value
Illustrating the decline in potential IP value is informative when considering the impact of declining royalty rates. Using the US Department of Commerce’s findings on the global medical device market for 2014 and 2015, the value of medical device exports in 2015 were estimated to be approximately $43.1 billion (based on the North American Industry Classification System (NAICS) codes selected for the Department of Commerce report). For illustration purposes, it is assumed that 25% of market revenues were generated from in-licensed intellectual property (versus internally developed innovations). The table below presents a calculation for the 2014 and 2015 period for seven selected NAICS codes.

The 2015 export revenue multiplied by 25% (an estimate of percentage of revenues derived from in-licensed intellectual property) equals $10.8 billion.

According to the analysis below, innovators licensing intellectual property with the average royalty rate of 6.57% based on adjusted 2015 export revenues would have lost approximately $370 million in annual IP value compared to licensing their intellectual property at the historical average royalty rate of 10.02%. While the IP value decline for the licensor on an annual basis may be a significant loss of compensation, this cost saving allows the licensee to save money and continue to expend more funding into R&D and product development. The table below calculates the difference in values to the licensor of the licensed technologies.

Conclusion and actions
The number of publicly available IP licence transactions related to medical devices and corresponding royalty rates have been declining due in part to regulatory, tax and market uncertainty. These factors are directly related to IP value and are critical to consider when negotiating IP transactions. Additional detail and analysis can be provided, but below are key points of consideration and potential action.