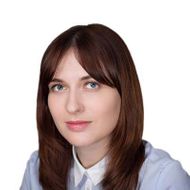 Antibody-based drugs are among the widest selling in the world. They are being used to treat a expanding range of conditions and their significance and value in treating cancer continues to grow. Accordingly, this makes them an indispensable component of the pharmaceutical industry and it also means that their protection through invention patents is absolutely essential. Some aspects of the process for antibody-related patent applications in Russia are examined below as a guide for properly drafting claims and obtaining patents with reasonable claims coverage.

Antibodies are proteins that the immune system uses to neutralise pathogens. Monoclonal antibodies are used in cancer treatments – these are based on finding specific differences between cancerous cells and normal cells, as these antibodies can recognise and bind to specific pathogens, called antigens. Antibodies can be combined with cytotoxic drugs (ie, ones that are toxic to cancer cells) to target and kill cancer cells.

Like all proteins, antibodies are characterised by amino acid sequences. Antibodies consist of two heavy and two light chains. These each include a variable domain, which has three complementarity determining regions (CDRs), which are responsible for binding to an antigen. The part of an antigen that is recognised by CDRs is called an epitope.

In Russia, an invention must be novel, involve an inventive step and have industrial applicability in order to be patentable.

Antibody claims are additionally checked for proper antibody characterisation. According to Russian requirements, claims must specify the antibody’s name and the biological function defining an intended use (eg, the activity type and biological property), if this function does not follow from the name, the amino acid sequence number or physicochemical or other characteristics that would distinguish it from other antibodies.

Although defining a biological function is a strict requirement of antibody claims, it is not required to indicate an amino acid sequence of the full-length antibody. Usually it suffices to define variable domains by at least 90% identity to a specific sequence number, or three heavy-chain and three light-chain CDRs. A claim that identifies a smaller subset of CDRs is allowed, in principle, if the application supports that a smaller set of CDRs is sufficient for binding to the antigen. Claims directed to antibody-drug conjugates must recite the same characteristics as antibody claims.

Applicants often do not wish antibody claims to be limited to sequences when an applicant has revealed a new antigen/epitope and would like to encompass all potential antibodies that specifically bind to it. A common type for such a broad claim is “an antibody that competes with antibody X for binding to antigen Y”. The other common type is the so-called “antibody via epitope” claim that reads as “an antibody that binds to the same epitope of antigen Y as the antibody X.” Another example of a broad antibody claim is a claim defining an antibody by the preparation process (‘product by process‘ claim). Under the current practice, these three types of claims are generally rejected for a lack of essential claim features that would allow one to distinguish the claimed antibodies from those of the prior art. Thus, althouth the Russian Patent Law states that distinguishing physicochemical or other characteristics can be used for defining antibodies, such characteristics are not sufficient in practice.

Examiners at the Russian Patent and Trademark Office (Rospatent) require applicants to limit the claimed antibodies to those that are supported in regard to a biological function. Here, post-filing data is acceptable.

In addition to such types of antibody-related claims as a pharmaceutical composition, use, and a product related to the production of antibodies (ie, nucleic acid, vector or hybridoma), method of treatment claims are permitted in Russia, in contrast to most international jurisdictions. However, since the Russian Patent Law does not recognise the concept of indirect infringement, method of treatment claims are difficult to enforce.

On drafting an antibody application for a Russian patent, applicants should consider the following: