As the US trade war intensifies, pro-plaintiff China may not be what it seems

A new US NPE with big-money backing has identified China as the place in which to build a major licensing programme. However, recent geopolitical and courtroom developments might give its owners some pause for thought.

Brian Yates, CEO of iPEL, came out all guns blazing when he spoke with IAM about the NPE, which launched at the end of June with $100 million of money raised from what he described as “a hedge fund comprised of sophisticated investors”.

The new firm, Yates said, was about to assert “a minimum of 50 distinct patents against accused products inclusive of each of their major product lines” in the Chinese courts against a well-known consumer products business. He predicted that the case would yield “China’s first damages award above $100 million”. iPEL had offered this company the opportunity to purchase a licence under what Yates described as the firm’s “haggle-free, no-fault licensing programme”; but this offer had been declined.

That $100 million damages claim will raise eyebrows among seasoned China watchers. Although the country has developed a reputation for being pro-patent over recent years, the damages handed down by courts are still low by international standards.

The biggest ever award was made in 2007 by the Intermediate People’s Court of Wenzhou city, eastern Zhejiang province, when it found Schneider Electric liable for a sum equivalent to $45 million in a case the French company lost to local firm Chint Group. The companies ended up settling for $23 million. However, damages normally fall into six figures and rise to low seven figures on rare occasions only. Getting to nine figures would be totally unprecedented.

What makes iPEL particularly interesting is that it is a well-financed NPE that has decided to make China its primary focus. “It is quickly proving to be the best place in the world to license and litigate patents for an innovator,” Yates stated. “That distinction used to be held by the United States, but patent rights in the United States have been systematically destroyed over the past decade.”

As Yates explained, China has plans to build an innovator economy and recognises that intellectual property is often the most valuable asset a company can hold: “Thus, it must have a robust patent enforcement regime to encourage investment in its innovation economy. I could write an entire article explaining why Chinese patents are a superior investment to US ones!”

To this end, iPEL has been on a Chinese acquisition spree. In a series of assignments recorded at the USPTO, it picked up patents from ZTE, Panasonic and several entities controlled by Guy Proulx, the head of Singapore-based Transpacific IP, a firm with deep roots in Asia’s patent monetisation market.

The ZTE deal, in particular, is worth closer inspection. The list of assets in the assignment document is heavily redacted – only eight pages are available, the first of which is labelled ‘1’, the second ‘22’ and so on until the final page ‘65’. The only visible patent families are those that include both US and Chinese rights, of which there are seven. However, the numbering on the table suggests that the transfer includes well over 200 patent families.

Huawei looks to be another big seller. A search of SIPO’s patent assignment database turns up over 600 total Chinese assets owned by an entity with a Chinese name, which translates as Global Innovation Aggregators – the same vehicle used to record iPEL-linked transactions in the United States. Among these are over 300 invention patent grants and 300 published applications. While 225 total assets list ZTE as the original applicant, three separate Huawei-owned entities appear to have contributed 385 rights in total to iPEL’s Chinese affiliate.

The fact that a large share of iPEL’s portfolio originates from Huawei is a major development. The Shenzhen-based telecoms and smartphone giant has gained a reputation as China’s most sophisticated IP player, and it has already enjoyed considerable success litigating its own patent rights in Chinese courts. While it has transferred patents to domestic NPEs in the past, this is its first known deal with a foreign assertion outfit.

Significantly, though, like all other Chinese entities that have transferred assets to iPEL, Huawei no longer has any skin in the game. “The vast majority of iPEL’s acquisitions have been outright purchases with no back-end profit sharing, including all of iPEL’s Chinese assets,” Yates stated.

To all intents and purposes, then, the patents that the California-based NPE will be asserting can be described as US-owned. As the trade war between the United States and China intensifies and the rhetoric ratchets up this could turn out to be significant. That is because evidence is beginning to emerge from the Chinese courts that life could get tougher for US entities. Take Micron’s recent woes, for example.

In early July 2018, chipmakers UMC and Fujian Jinhua Integrated Circuit won injunctions against the US company. US media outlets immediately identified the Idaho-based business as a victim of the ongoing US-China trade war, which may not be far from the truth.

The underlying dispute between the three parties goes right to the heart of the issues raised by the Trump administration in its Section 301 investigation of China, which played a key role in sparking recent trade tensions.

In 2015, Micron was targeted for takeover by Tsinghua Unigroup’s massive semiconductor investment fund – a proposal that was dead on arrival. During that same year, Micron says that Taiwan-based UMC and Fujian-based Jinhua began a campaign to entice its employees to jump ship and misappropriate its trade secrets in the process.

Taiwanese authorities ended up bringing three criminal indictments alleging just that. This became the basis for a complaint under the Defend Trade Secrets Act filed by Micron in California last December.

UMC’s response was one that is familiar to China watchers. Along with its partner Jinhua, it filed a Chinese patent infringement suit against Micron in January 2018. Just six months later the Intermediate People’s Court of Fujian issued a preliminary injunction covering “certain Crucial and Ballistix-branded DRAM modules and solid state drives”.

It is impossible to say definitively what role – if any – the US-China trade spat had on the Fujian court’s decision and the procedural steps that led up to it; but several aspects of the ruling are extraordinary. It also looks strikingly similar to another chip-sector fight, which happened during 2017, but which attracted scant mainstream media attention: AMEC v Veeco also featured a shock preliminary injunction in Fujian, which created a stock market headache for a US chipmaker. Ultimately, the two parties settled the dispute in February 2018.

There are a couple of things to note about both cases. First, it is rare to obtain a preliminary injunction in a Chinese patent dispute. For example, in 2013 just 11 such orders were granted in 90,000 IP lawsuits. Preliminary injunctions are usually denied because there is no provable immediate harm and the defendant has not had a reasonable chance to defend its case.

Both Veeco and Micron stressed in press statements that that second point should have prevented their being enjoined by the court in Fujian. Referring to the provincial capital, Micron general counsel Joel Poppen stated: “The Fuzhou Court issued this preliminary ruling before allowing Micron an opportunity to present its defence.”

Semiconductor patent infringement suits in China are far from a sure thing for plaintiffs. Win rates are much lower than the overall Chinese total – as low as 38%. Outside the big Chinese cities with IP courts (Beijing, Shanghai and Guangzhou), they are even lower. In other words, courts with less experience in semiconductor cases seem to be less plaintiff-friendly. That makes the quick success of both AMEC and Jinhua in Fujian all the more remarkable.

The preliminary injunctions against Micron and Veeco seem to be more than just flukes. A closer look at the similar circumstances of the two cases suggest that the US firms may well have been casualties of wider considerations. Such political plays are not far from anyone’s mind in the country’s IP market. Judges across the country will often have close links to local, regional and even national government, as well as the Communist Party.

There is, of course, no independent judiciary or rule of law as is the case in the West. A recent policy paper issued by the General Office of the China State Council called for IP judges who are “politically determined, globally oriented, proficient in law and familiar with technology”. While few would argue with the latter three points, many would consider the first to be problematic at best.

That said, Yates and iPEL might argue that the US parties in Fujian were the defendants and that the cases involved semiconductors, which is not what they will be focusing on. However, another recent suit in what is normally regarded as the pro-IP Beijing IP Court might give more reason for concern.

An SEP litigation brought against Xiaomi by Dutch telecom KPN in the Beijing IP Court has been seen by many as a test case – one of just a few cases where a foreign firm was seeking to enforce an SEP against a Chinese company in Chinese litigation. Now, after three years, Xiaomi has seen off the suit.

Details of the Chinese company’s win were posted on the WeChat account run by Yang Yuzhou, a Shanghai-based lawyer with Dentons who is listed in court records as Xiaomi’s representative. The written decision, which was posted online and later taken down, was issued on 29 June 2018.

Based on Yang’s summary, the upshot of the ruling appears to be that the court found that a specific claim in KPN’s asserted patent (“Method and device for transforming a series of data packets by means of data compression”) was not identical to the standard in question, which is implemented in GSM/GPRS compatible devices. Ultimately, Xiaomi was found not to have infringed the patent.

One oft-mentioned advantage of Chinese patent litigation is that it can proceed very quickly – even in SEP cases (eg, the injunction won by Huawei against Samsung in Shenzhen at the start of 2018). However, a number of factors stretched this case out over three years. In addition to the validity issues, Xiaomi also appears to have challenged the Beijing IP Court’s jurisdiction, arguing that cases that have “significant influence in their jurisdiction” can proceed directly to the higher people’s court. The public hearing was not held until 6 February this year.

Although Yates has been an active player in the US monetisation environment for a while, he and his partner Rasheed McWilliams do not appear to be well-known in China. Instead, they are the owners of a US patent licensing company predicting big returns from a Chinese enforcement environment that is more difficult than ever to navigate against the background of a worsening US-China trade stand-off.

There was one very public reaction to IAM’s interview with Yates, which was shared on WeChat by a Chinese IP blogger with a significant following in the country. The piece strikes a light-hearted tone. After translating the prediction that iPEL will win China’s first damage award of $100 million or greater, the author stated that China’s national team would also win its first FIFA World Cup championship. It is hard to see that as anything other than a pointed comment on the likelihood of iPEL getting what Yates predicts.

As a new player looking to thrive in this environment, iPEL is going to have to have access to top-notch local expertise. One piece of early advice is likely to be that, in the current climate, if you are looking to use the Chinese courts as a foundation of an ambitious monetisation programme, make sure that you establish a strong China nexus, seek to downplay your US roots and resist talking too loudly in the press – especially about the size of a damages award that is unprecedented in China. To do otherwise is to invite disappointment. 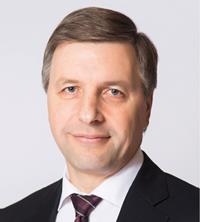