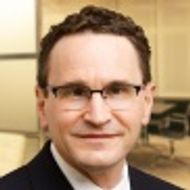 The assignor estoppel doctrine set out under the US Patent Law bars the inventor and those in privity with them from challenging an assigned patent’s validity during infringement litigation. In Minerva Surgical v Hologic Inc, the Supreme Court limited the doctrine, holding that it “applies when, but only when, the assignor’s claim of invalidity contradicts explicit or implicit representations he made in assigning the patent”. The case has implications for corporate patent procedures and transactions and raises issues for the lower courts.

Minerva follows the classic assignor estoppel fact pattern, in which an inventor files and obtains a patent then assigns it to a company for value. However, the inventor/assignor then founds a new company and develops a competing – and arguably infringing – product. When the first assignee/company sues for infringement, the assignor tries to argue – contrary to the explicit or implicit assurance given in assigning the patent – that the invention was unpatentable and their patent was never valid.

Minerva’s invalidity position was that a claim obtained via a 2013 continuation application was broader than what was invented for its original 1998 application and thus invalid for lack of enablement and failure to provide an adequate written description. After lower courts held that assignor estoppel barred the argument for invalidity, Minerva asked the Supreme Court to abandon or narrow the doctrine.

The court limited, but did not abandon the doctrine, holding that it “applies when, but only when, the assignor’s claim of invalidity contradicts explicit or implicit representations he made in assigning the patent”. Further, it reasoned that the doctrine should apply “only when its underlying principle of fair dealing comes into play … [That] demands consistency in representations about a patent’s validity: What creates the unfairness is contradiction. When an assignor warrants that a patent is valid, his later denial of validity breaches norms of equitable dealing”.  The “warranty need not be express … the assignment of specific patent claims carries with it an implied assurance”.  That is, “[an] inventor presenting an application to the PTO thus states his good-faith belief that his claims … will result in a valid patent … [and] effectively incorporates that assurance” when assigning to another. Conversely, “when the assignor has made neither explicit nor implicit representations in conflict with an invalidity defense, then there is no unfairness in its assertion. And so there is no ground for applying assignor estoppel”.

The Minerva opinion includes three examples where estoppel would not apply. The first is “when the assignment occurs before an inventor can possibly make a warranty of validity as to specific patent claims”, such as when, upon hiring, an employee assigns their employer patent rights in any future inventions that they develop during their employment.

The second is “when a later legal development renders irrelevant the warranty given at the time of assignment”, such as a change in law “so that previously valid patents become invalid”.

The third is that “a change in patent claims […] can remove the rationale for applying assignor estoppel”, when the assignor “enlarges” the claims beyond what the assignor intended to claim as patentable: “[T]he assignor did not warrant to the new claims’ validity. And if he made no such representation, then he can challenge the new claims in litigation.”

If Hologic’s new claim is materially broader than the ones that the inventor assigned, the court concluded, then he could not have warranted its validity and there is no basis for estoppel. On remand, “[r]esolution of that issue in light of all relevant evidence will determine whether [the inventor’s] representations in making the assignment conflict with his later invalidity defense — and so will determine whether assignor estoppel applies”.

Minerva creates legal issues that lower courts will need to address and that may change transactional practice with inventors and patent practice. Businesses seeking to mitigate the case’s effects may wish to concentrate remedial measures on their inventors with the greatest likelihood of departing to form a competitor.

Whether the “materially broader” issue is a question of law for the court and what evidence is relevant will need to be resolved in the lower courts. Disputes over several issues are foreseeable.

Companies may consider obtaining representations from key inventors to confirm their belief in the patentability for current and contemplated claims before departure. Relatedly, in M&A or portfolio acquisition contexts, the acquirer may want to consider obtaining such representations from the target’s key employed inventors before closing. Conversely, inventors merely consulting for a company or otherwise seeking to reduce the risk of assignor estoppel applying to a later venture may wish to cabin representations about their inventions explicitly.

The first example in the case, where employees make a present assignment of future inventions upon hiring, is often joined by a separate specific assignment for each patent application. Diligently following this latter practice takes on greater importance after Minerva, as it may allow invoking assignor estoppel, where the former alone would not.

Employers considering seeking inventor covenants not to challenge their patents or otherwise limit the effects of the decision should seek advice on the particular provisions being considered, as there could be enforceability issues to evaluate.

Patent prosecutors may also wish to consider filing a supplemental declaration after allowance if the final claims could be considered materially broader than the original ones. In addition, while there are risks of prosecution history estoppel to balance, prosecutors may wish to consider the breadth of claims to originally file if an inventor poses a risk to launch a competitor.