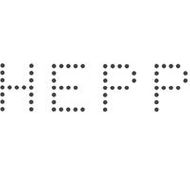 ‘Infringement test’ is still alive
The granting practice of supplementary protection certificates (SPCs) was recently challenged at the Federal Patent Court – in particular, whether and if so how the granting practice should be brought into line with recent European Court of Justice (ECJ) case law (for further details please see “Time to revisit your Swiss SPCs”).

The case concerned the alleged nullity of SPC C00915894 (Case O2017 001). The basic patent was European Patent 0915894B1 relating to Gilead’s Truvada – a medication used to treat and prevent HIV/AIDS. The question of whether a product is protected by a basic patent is decisive for an SPC, both in the European Union (Regulation 469/2009, Article 3a) and Switzerland (Article 140b(1)a PatA). However, the question is assessed differently in these jurisdictions.

The so-called ‘infringement test’ has been applied in Switzerland since the Supreme Court’s decision in Fosinopril (BGE 124 III 375) in 1998, while the ECJ explicitly disapproved the infringement test with its decision in Medeva (ECJ C-322/10) in 2011. Consequently, SPC applications which clearly would not be allowable in the European Union can proceed to grant in Switzerland.

The Federal Patent Court handed down its decision in this matter on October 3 2017 – evidently, the infringement test is still alive in Switzerland. The court gave the following clear-cut reasons:

The Federal Patent Court held that even if harmonisation with ECJ case law should be made at all, it would be too early. In the court’s view, there is no comprehensible and practicable case law with which to align. The decision is not yet final.

Wording of Swiss SPC has little relevance
In yet another SPC matter (S2017 006), the Federal Patent Court assessed the scope of an SPC in summary proceedings. The SPC related to a specific salt form of a first active ingredient, together with another active ingredient. The attacked embodiment used a different salt of the first ingredient. The question was whether this was still the same product protected by the SPC.

The Federal Patent Court held that the term ‘product’ must be construed consistently in the registration process and when assessing the scope of protection. The court then referred to the Swiss Federal Institute of Intellectual Property examination guidelines. The guidelines hold that different salts or esters of an active ingredient are regarded as one and the same chemical substance or product, unless the specific salt or ester influences the pharmacological effect.

The Federal Patent Court thus held that a proper construction of the ‘product’ in this case must include all derivatives of the active ingredients – particularly all other salts – provided that they have the same pharmacological effect and are protected by the basic patent. On the face of it, such broad protection by an SPC might not be readily assumed. The decision is not yet final.

Hepp Wenger Ryffel is counsel to one of the parties involved in both cases.