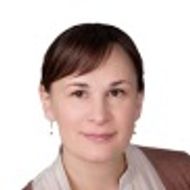 According to Russian and Eurasian patent regulations, an application must relate to one invention or a group of inventions. In the latter case, all of the inventions in the group must be linked so as to form a single general inventive concept, which meets the unity of invention requirement.  However, there are differences between the Russia Patent and Trademark Office (Rospatent) and the Eurasian Patent Organisation’s rules for determining whether claims meet this requirement.

Whether a set of claims fulfils the requirement of unity of invention is based on its contents, with special attention paid to independent claims. If one independent claim comprises alternatives, an assessment also must be carried out.

According to the Eurasian Patent Convention, the unity of invention requirement is considered to be met only when there is a technical relationship among the claimed inventions, which involves one or more of the same or corresponding special technical features (ie, features that define a contribution that each of the claimed inventions makes over the prior art). Lack of unity can be a priori or a posteriori. The latter results from a lack of novelty or an inventive step of the subject matter of one or more independent claims. This approach is similar to that of the EPO and is also used for Patent Cooperation Treaty applications at the international phase.

However, if the claims relate to subject matter of different categories, then one independent claim must contain a reference to the other(s) or all essential features thereof. Therefore, even though independent claims of different categories comprise the same or corresponding special technical features, their scope should be limited by this reference. For example, for a claim set comprising a process claim and a claim for an apparatus to carry out this process, the apparatus claim should specify that it is specifically designed for this process.

According to Russian patent law, the unity requirement for a group of inventions is met if:

Similarly to the Eurasian regulations in Russian regulations, if claims relate to subjects of different categories, then one claim should contain reference to the other(s) or all essential features thereof.

However, the concept of ‘special technical features’ is not applied in Russia. Below are the key distinctions in Rospatent’s approach:

When an international application enters the national phase in Russia, there is an option to select either the Russian or Patent Cooperation Treaty procedure for assessing the fulfilment of the requirement of unity of invention.