Utility models and designs are two available categories of patent in China. Utility models are sometimes referred to as ‘small inventions’ because they involve a comparatively lower level of inventive step and are less costly than inventions. Subject to preliminary examination, a utility model takes just several months to obtain, from filing to grant. Therefore, utility model protection is worthwhile for inventions that contain minor technical improvements, but are of significant commercial value.

Designs are also subject to preliminary examination only. A design is an artistic creation which features the decorative or aesthetic exterior appearance of an article – unlike an invention or utility model, which involves a technical solution.

In 2014 the State Intellectual Property Office (SIPO) received approximately 928,000 utility model applications and 869,000 design applications, respectively accounting for 22% and 21% of the total number of annual patent applications. From 2010 to 2014, the mean annual growth rate of utility model applications filed by domestic applicants was 29%; about 7% of those were filed by foreign nationals. These figures suggest that utility models are still attractive to both domestic and foreign rights holders, despite the high invalidation rate of roughly 65% to 72% over the past two years, according to available statistics.

The total number of design filings peaked in 2013, but declined in 2014, with a drop of some 24,000 applications. However, design applications filed by foreign applicants have risen steadily each year.

The Patent Law 2008 defines a ‘utility model’ as any new technical solution relating to the shape or structure of a product, or a combination of both. In other words, a utility model does not protect methods, processes or improvements to such. Non-technical solutions, such as the use of a product or substance with an unfixed shape, are ineligible for utility model protection; as are products featuring decorative designs only.

A ‘design patent’ is any new design of a product’s shape, pattern or a combination of both, or a combination of colour with a shape or pattern, which creates an aesthetic impression. In principle, an application is limited to one design. However, an exception is available for similar designs for the same product or several similar designs incorporated in products as a set, which may be filed together in a single application including up to 10 designs.

Graphic user interfaces (GUIs) are also patentable subject matter. The protection of a GUI was affirmed in administrative litigation in 2014; the court ruled that a GUI which, in combination with the associated product, presents appealing features complies with the definition of a ‘design’. Under SIPO Order 68 – which removed the requirement that a product pattern be permanent and visible, rather than flickering or conditionally visible – the SIPO Guidelines for Patent Examination 2010 were amended to include GUIs as patentable subject matter for designs.

As a blanket restriction, Article 5 of the Patent Law provides that an application for a utility model or design will be rejected if the subject matter is contrary to law or social morality, or is detrimental to the public interest.

Unlike some countries, China does not specifically provide for the conversion of an invention application into a utility model application and vice versa.

A patentable design must be novel, differ significantly from the prior art and be industrially applicable. A design will be granted patent protection only where it does not conflict with existing and legitimate rights, such as copyright, trademarks, trade dress or images.

However, preliminary examination does not imply that novelty is not examined at all. According to SIPO Order 67 and the post-amendment Guidelines for Patent Examination 2010, the examiner may investigate whether a utility model or design application prima facie lacks novelty (ie, an examination for obvious and substantive defects), as well as for any potential double patenting. Without conducting a search, the examiner may use other available technical solutions to identify anything that would conflict with the application in the prior art, including search results in other countries.

The product or article to which a design applies is an indispensable element that must be designated or illustrated in the application in order to define the boundaries of the right. In contrast to invention patents and utility models, the scope of protection for a design is defined in the drawings or photographs submitted. To interpret a design, the Patent Law requires that a brief description be included in the specification. Further, Article 28 of the Implementing Regulations requires that this brief description indicate the essential features of the design; this is particularly important for distinguishing prior designs.

The term of patent protection for both utility models and designs is 10 years from the filing date.

To enjoy international priority, the applicant must file in China, within 12 months (for a utility model) or six months (for a design) of the date on which it first filed in a foreign country, an application for the same utility model or design. A priority claim must be made upon filing and a copy of the priority document must be submitted within three months of the filing date. Failure to meet either requirement will result in the priority claim being void.

There is some doubt as to whether a foreign partial design can serve as the priority basis for a Chinese design application, as China does not permit partial designs. According to SIPO’s current practice, if the dotted lines or double-dotted lines are modified to solid lines in the drawings submitted to SIPO, the applicant may be entitled to a priority claim to a first-filed foreign partial design. No problems will arise once partial designs are admitted as patentable subject matter by the prospective Fourth Amendment to the Patent Act.

Article 9 of the Patent Law prohibits double patenting, although it does permit a ‘one invention, two applications’ filing strategy. Article 41 of the Implementing Regulations provides that where the same applicant files same-day applications for a utility model and an invention patent relating to the same invention, it should indicate this accordingly. Failure to specify at filing may cause the applications to be rejected due to the prohibition against double patenting.

The Patent Law imposes a special burden of proof on utility model and design patentees in the event of infringement litigation. Article 61(2) reads: “the people’s court… may ask the patentee or any interested party to furnish an evaluation report of patent made by [SIPO] after having conducted a search, analysis and evaluation of the relevant utility model or design, and use it as evidence for hearing or handling the patent infringement dispute.” Since utility models and designs are subject only to preliminary examination before grant, their validity may be vulnerable during the trial. However, an evaluation report is neither an administrative decision on patent validity nor a prerequisite for initiating a legal action. The report serves only as a preliminary reference for the court, which has full discretion to decide whether to suspend the pending proceedings. Only the Patent Re-examination Board has the authority to confirm or invalidate the patent in dispute. Moreover, whether the report may be appealed is moot. SIPO’s position would indicate that the report is not an agency decision and the rights holder cannot file administrative litigation against it.

According to the latest draft of the Fourth Amendment to the Patent Act, published in December 2015, several new provisions concerning utility model and design patents will be introduced, as outlined below.

The Patent Act 2008 does not expressly exclude the patentability of partial designs. Instead, their ineligibility for protection is listed as an example in the Guidelines for Patent Examination 2010. Additionally, the guidelines require that the full appearance of the relevant product be delineated by solid lines, thus precluding the use of dotted lines.

Article 2(4) of the draft defines ‘designs’ as new designs of “the whole or partial” shape or pattern of a product, or a combination thereof. Under the draft, therefore, partial designs will expressly constitute patent-eligible subject matter. It is expected that the guidelines and relevant regulations will also be modified accordingly.

Extension of term for design patents

The changes to the sums of monetary damages that can be awarded have attracted considerable attention. The first three methods of calculating damages – that is, the rights holder’s actual loss, the infringer’s profits and a reasonable royalty – remain unchanged. Under the draft, however, the court may now weigh the circumstances, scale and consequences of the infringement to award up to triple damages calculated using one of these methods. The damages may include the rights holder’s reasonable expenses incurred in stopping the infringement. Most importantly, statutory damages have been increased significantly, to a range from Rmb0.1 million to Rmb5 million. 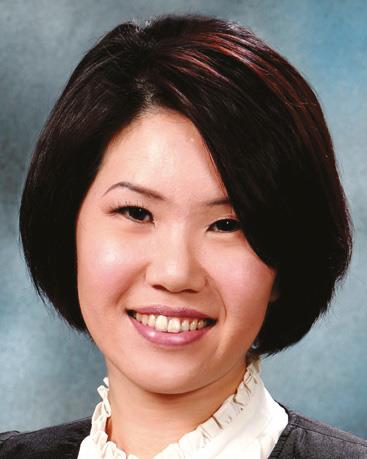 Crystal J Chen is a partner at Tsai, Lee & Chen. Her practice covers all areas of IP law in both China and Taiwan. She counsels on patent prosecution and enforcement, and infringement litigation relating to copyright, designs, trademarks and unfair competition. Her clients include Rimowa, Applied Materials, B Braun Avitum and Nike. 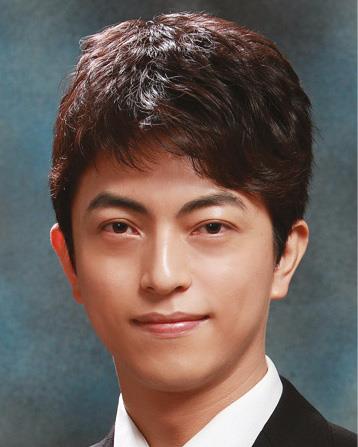 Mr Hsieh previously worked at United Microelectronics Corporation doing computer repair/maintenance engineering and was an assistant teacher on the digital logic course at National Taiwan Ocean University. He started his Taiwan and China patent prosecution practice in 2004. He has extensive experience in designing Chinese patent prosecution strategies for international clients. He is particularly knowledgeable in high-tech areas such as circuit design, semiconductors, communications and computer software.