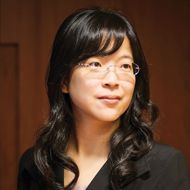 In welcome news for brand owners, the famous luxury product brand Burberry has successfully sued a Taiwanese TV shopping company that was selling counterfeit products provided by a third party for trademark infringement, as well as the third party.

In Taiwanese law, the owner of a registered trademark in Taiwan is entitled to receive damages from an infringer who knowingly infringed the owner’s trademark rights, or who had reasonable grounds to know that they were doing so.

Once the trademark owner can prove infringement, available remedies include compensation for the damages. According to the Taiwan Trademark Act, the amount to be claimed can be calculated using any of the following methods:

A court may, at its discretion, reduce the amount of damages if the amount is obviously unfair or unjust.

In the first instance, Taiwan’s Intellectual Property and Commercial Court indicated that the TV shopping company not only provided the platform for the buyer and seller (ie, the third party) to trade the infringed products, but also played the main role as the business owner and supplier. The court thus asserted that such a business model is a business-to-customer one and deemed the TV shopping company to also be the seller of the infringing products.

Further, the court pointed out that while the infringing products were provided by a third party, the TV shopping company did not request this entity to provide sufficient related documentation to prove that the products were genuine, but instead relied on an affidavit signed by the third party only. The court stated that the TV shopping company did not exercise the due care of a good administrator in conducting business operations and was thus liable for the damages.

As for the amount of the damages, Burberry chose the higher from the second and third calculation methods listed above. In the first-instance judgment, the court ordered the defendants to pay their profits to Burberry (ie, the court adopted the second method, based on the profit earned by the infringer as a result of trademark infringement). The court also emphasised that the necessary expenses were limited to direct costs and necessary expenses incurred in selling the counterfeit products and did not include labour or other indirect costs.

The defendants may appeal this first-instance decision.