As a bridge between Europe, Asia and the Middle East, Turkey continues to attract the attention of both foreign investors and IP infringers. Turkey has been adapting its IP legislation in line with international treaties since the mid-1990s. Its current IP regime largely complies with EU legislation and provides sufficient legal basis to protect the rights of IP owners. Specialised IP courts serve in three major cities (Istanbul, Ankara and Izmir), and the police and customs authorities enforce court decisions against counterfeiters.

The Constitutional Court’s recent cancellation of certain provisions of the IP decree-laws has created a gap in the IP legislation that will be problematic until new laws come into force. However, the courts continue to render milestone rulings which provide guidance and confidence for rights holders.

This chapter summarises the latest significant issues and achievements in the Turkish IP system.

In 1995 Turkey adopted new IP legislation in the form of decree-laws – administrative regulations with the power of law which are not enacted by Parliament.

According to the Constitution, decree-laws cannot regulate fundamental and individual rights. For this reason, although the decree-laws remain in force, their legitimacy has been debated for many years.

The Constitutional Court decisions are limited to the particular provisions of the cited decree-laws, so the cancellations do not automatically extend to the other provisions. However, since the reasoning of the Constitutional Court raises the same question of legitimacy for the other provisions of the decree-laws, the legalisation of Turkey’s IP laws has gained urgent importance and requires immediate attention from Parliament.

New IP laws aimed at addressing the unconstitutional status of the current decree-laws are expected to be issued soon.

In Turkish patent law practice, obtaining a preliminary injunction from the IP courts is not generally easy. This is because the courts often broadly interpret the scope of the so-called ‘Bolar exemption’ under Article 75(f) of the Patent Decree-Law. This exempts acts carried out for trial purposes – including the licensing of pharmaceuticals and tests and experiments conducted for this purpose – from the scope of patent rights. Therefore, pending marketing authorisation, potentially infringing patent applications are exempt from the scope of patent rights. Further, according to the general practice of the IP courts, the mere grant of marketing authorisation for an infringing product is not sufficient to enforce patent rights against the infringer: additional commercial activity must also be proven. Such broad interpretation is a barrier to innovators seeking remedies against infringement.

However, a recent IP court decision is promising for innovators and patent owners. In this case, a generic company obtained marketing authorisation and applied for registration with the Social Security Institution (SSI). The generic company withdrew its application to the SSI following the action of the patent holder; however, the IP court held that the application to the SSI should be deemed as offering the generic product for sale – which is a purely commercial activity. Accordingly, the IP court ruled that there was no justification for applying the Bolar exemption and that the patent rights could be enforced. Although this decision has yet to be reviewed by the Court of Appeals, it is remarkable in that this is the first time that an IP court has interpreted the Bolar exemption so narrowly. The decision is inspiring for similar cases and promising for patent owners.

Trademark squatting (ie, bad-faith registration of identical trademarks) is probably the most common problem for trademark owners in Turkey.

In the past, many trademark owners were forced to abandon the Turkish market, as case law provided few opportunities to protect unregistered rights against bad-faith applicants. However, trademark owners now have strong tools for taking action against bad-faith applicants, as both the Turkish Patent Institute (TPI) and the IP courts have developed a consistent approach.

In a groundbreaking 2008 decision the General Civil Assembly of the Court of Appeals accepted bad faith as per se grounds for cancellation (2008 RG 512). Today, in cases where bad faith is apparent, neither the TPI nor IP courts require use or registration of a foreign trademark in Turkey in order to decide on the cancellation or rejection of a third-party application.

In evaluating the bad-faith claim, the TPI and IP courts consider whether the applicant has sufficient grounds to register the trademark in question and whether the trademark is an original sign. The well-known status of the copied mark in the countries of origin and use is an important factor to consider when assessing bad faith. Accordingly, if the rights holder can prove that its mark is well known abroad (even if the mark has never been used in Turkey), it can still enjoy protection on the grounds that the applicant was aware of the prior mark and its reputation (ie, demonstrating bad faith). The case law in bad-faith registration is applied in a consistent manner.

In the fight against counterfeiting, swift preventive measures are vital. Considering Turkey’s unique geographical position, one of the most important areas of focus is examination and seizure at Customs. Turkish customs regulations have been amended in line with the Agreement on Trade-Related Aspects of Intellectual Property Rights and now offer strong protection at Customs.

Under Turkish law, rights holders may record their rights with Customs, enabling them to detain counterfeit goods at the border. This procedure is provided through a central application to the General Directorate of Customs in Ankara. The system works quite effectively for trademarks and is highly recommended, as Customs cannot always be relied on to detain products on its own initiative (although the law also allows customs officers to take action ex officio).

Fifteen years ago, IP-related crime was not considered a significant problem in Turkey and it was not easy to convince public prosecutors or judges to prosecute infringers. Today, that perception has dramatically changed. It is widely understood that counterfeit goods generate significant profits and are a threat not only to rights holders, but also to public health and prosperity. Therefore, the number of criminal investigations has increased, as has the importance attributed to them.

The Trademark Decree-Law provides for efficient measures against trademark infringement. While civil remedies such as preliminary injunctions are designed to prevent trademark infringement before the violation takes place, criminal remedies provide instant action and fast-moving procedures against infringers. The decree-law provides that any party manufacturing, selling or offering infringing goods or services shall be liable to imprisonment for one to three years and a judicial fine of up to TRY20,000. A trademark owner with strong evidence of infringement can file a criminal complaint with the local public prosecutor’s office and request an ex officio examination by the public prosecutor and criminal judge. The public prosecutor then requests and obtains a search warrant from the local criminal court and orders the police to carry out a criminal search and seizure. The procedure is highly effective, as the search and seizure can be carried out within a couple of hours of filing the complaint and the matter then becomes a criminal prosecution which continues for as long as the complaint continues.

Turkish police recently delivered a major blow against trademark infringers by conducting several large-scale raids. In these raids, conducted in cities across Turkey, the police seized counterfeits worth millions of dollars, including clothes, bags, shoes and detergent. The impact of these raids was not limited to the targeted infringers – they also sent a strong message to other infringers and across the market in general.

Many Turkish universities have recently established technology transfer offices (TTOs), dedicated to commercialising the innovations created as a result of research conducted at the university and managing the resulting IP rights.

TTOs primarily provide education and publicity services in order to introduce the results of research conducted at the university to a wider range of users and companies and convert research into products and services. They transfer knowledge and technology and help to develop commercially valuable products and services. TTOs act as an intermediary between universities and industry, matching each industry’s needs with each university’s capacities. While participating companies benefit from licensing opportunities, participating inventors benefit from agreements with industrial partners to fund their research. 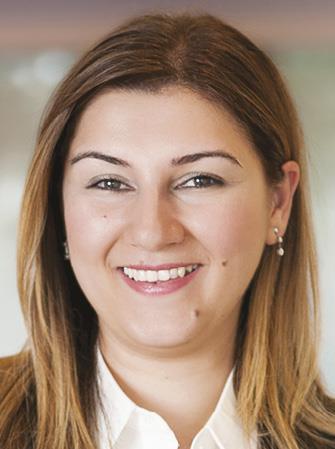 Selin Sinem Erciyas is a partner in Gün + Partners’ IP department, specialising in patent law and life sciences issues. Ms Erciyas has handled hundreds of contentious and non-contentious administrative oppositions and court actions involving patents and trademarks. She has overseen a number of patent infringement actions, declaration of non-infringement actions and nullity actions. Ms Erciyas represents clients before the Ministry of Health in relation to regulatory issues and assists pharmaceutical companies in regulatory examinations before the ministry. Ms Erciyas has also served as counsel to the Association of Research-Based Pharmaceutical Companies. She is a graduate of Ankara University and holds an LLM Eur in European and international commercial law from Ludwig-Maximilians University of Munich. 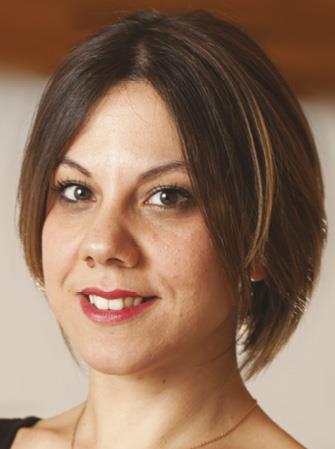 Hande Hançer has worked with Gün + Partners since 2005 and is currently a partner in the IP rights department. Ms Hançer has handled and supervised hundreds of projects in all fields of intellectual property, and her involvement includes both contentious and non-contentious matters in relation to all types of IP right, as well as domain name and unfair competition disputes. Ms Hançer has extensive litigation experience, having counselled various foreign clients regarding their IP strategies, legal disputes, licensing and settlement agreements. She is a member of leading IP organisations worldwide, including the International Trademark Association, the European Communities Trademark Association, MARQUES, the International Federation of Intellectual Property Attorneys and the International Association for the Protection of Intellectual Property. 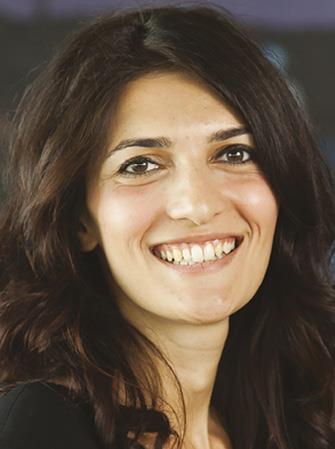 Diren Şahin Sipahioğlu has worked with Gün + Partners since 2008 and currently serves as counsel in the IP rights department. She is a graduate of Galatasaray University in Istanbul and has been a member of the Istanbul Bar Association since 2009. She has acted as counsel and litigator on numerous projects and court actions involving trademarks, designs, patents, regulatory affairs, copyright, domain names, unfair competition, consumer protection law and advertising law. She specialises in trademark infringement and brand enforcement.