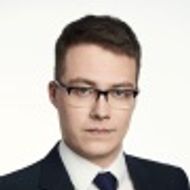 On 6 December 2018 (SK 19/16) the Polish Constitutional Tribunal found Article 2861(1)(3) of the Polish Industrial Property Law to be unconstitutional. This enabled rights holders to request the disclosure of information necessary to pursue infringement claims from a party other than the infringer if such party held or used goods that infringed IP rights, or provided services that were utilised in the infringing activities and the infringement of IP rights was highly probable. Article 2861(1)(3) ceased to be effective on 10 December 2018.

In this case, a Polish e-commerce platform operator was ordered to disclose information regarding two sellers of car accessories that were marked with the applicant’s trademarks. The scope of information requested concerned the names and addresses of the sellers (who were operating under pseudonyms), the number of products on sale, the products sold and the amount of money obtained. The court’s decision was challenged by the platform operator and upheld by the court of second instance. After the platform operator had exhausted all other legal remedies, it filed a constitutional complaint against Article 2861(1)(3), arguing that this provision infringed the principles of entrepreneurial freedom as well as the proportionality principle expressed in the Constitution of the Republic of Poland.

The tribunal’s stance on the constitutional complaint

The tribunal agreed with the platform operator’s arguments and found Article 2861(1)(3) to be unconstitutional.

Second, the disclosure of business information occurred regardless of the course of the main IP infringement proceedings. Indeed, there was no obligation to initiate these proceedings after the information disclosure was ordered by the court. Consequently, the tribunal concluded that Article 2861(1)(3) left too much room for abuse and could have allowed dishonest entrepreneurs to obtain commercial information from their competitors.

The tribunal also highlighted that even though the idea of an information disclosure request is in line with the spirit of EU Enforcement Directive (2004/48/EC) (29 April 2004), the form in which it was implemented in Poland was defective. In particular, the Polish implementation of the directive did not provide sufficient guarantees against violations of an entrepreneur’s trade secrets.

Consequences of the tribunal’s ruling

Since Article 2861(1)(3) ceased to be effective, rights holders in Poland have had few legal measures to help them to obtain information on the origin of infringing goods or services, the distribution channels or the identity of any third parties involved in the infringement of their IP rights. This implies that Poland is out of line with relevant EU legislation and that appropriate measures supporting the enforcement of IP rights should be adopted by the national authorities. However, no information about any planned amendments to the Polish law has been officially announced.