By Yang Zhang and Xiaolin Dang

While marketing managers may suggest promoting a foreign brand in China by using its foreign-character trademark in order to maintain its originality, brand owners would be well advised to take account of how this might be viewed by Chinese consumers. A Chinese version of a brand is more convenient for the Chinese media to broadcast, which in turn facilitates promotion of the foreign brand among the relevant public.

While marketing managers may suggest promoting a foreign brand in China by using its foreign-character trademark in order to maintain its originality, brand owners would be well advised to take account of how this might be viewed by Chinese consumers. A Chinese version of a brand is more convenient for the Chinese media to broadcast, which in turn facilitates promotion of the foreign brand among the relevant public. A Chinese version is also easier for Chinese consumers to read and thus more memorable.

Legal protection for unregistered Chinese versions of foreign brands is a hot topic, particularly as a Chinese version of a brand may be created by Chinese consumers and/or media during promotional or marketing activities, with no input from the brand owner. This leads to the risk that a third party may pre-emptively file an application for the Chinese version in order to free ride on the brand owner’s reputation.

Given that Chinese trademark law has adopted the first-to-file principle, it can be extremely difficult to obtain protection for an unregistered Chinese version of a brand after it has launched on the market. Therefore, filing applications for Chinese versions of your brand as early as possible can be a time and cost-effective approach.

How to pick a Chinese version of a foreign-character brand

When choosing a Chinese version of a foreign-character brand, rights holders should consider the following:

There are four ways to choose a Chinese version of a foreign-character trademark.

If the foreign-character mark has a dictionary meaning in its original language and a direct correlation can be established between this and a Chinese version without disadvantage or negative association, then the direct Chinese dictionary meaning is a good option.

For instance, ‘Apple’ (Figure 1) is the trade name of Apple Inc and a direct description of the company’s distinctive logo.

The mark APPLE not only denotes the name of a fruit, but has also become a symbol for high-tech and fashionable goods. The official Chinese version of this famous brand is its direct Chinese dictionary meaning (‘苹果’).

In the same way, the Chinese version of the German car brand BEETLE (Figure 2) is ‘甲壳虫’, which is a direct description of the appearance of this stylised car.

Any subsequent application for ‘苹果’ or ‘甲壳虫’ to designate goods and/or services that are identical or similar to those covered by the APPLE or BEETLE registration will thus be rejected by examiners at the China Trademark Office.

According to Chinese practice, where a famous foreign-character mark is well known, this can suffice to block others from obtaining a registration of its Chinese dictionary meaning in respect to identical/similar goods/services, as the two marks will be deemed to be similar by examiners. However, such a registration cannot extend this protection to various paraphrases of its Chinese dictionary meaning or to all available transliterations.

Figure 2. Side view of the VW Beetle

The most popular method of choosing a Chinese version is transliteration. This can involve either one of the mark’s Chinese transliterations or the use of Chinese characters which may not be quite as similar with regard to pronunciation, but which do carry positive and/or appropriate meanings.

The Chinese version of CHANEL (Figure 3) is ‘香奈儿’ (xiang-nai-er), which is pronounced similarly to ‘Chanel’ in French and sounds elegant in Chinese. The Chinese characters ‘香奈儿’ have no concrete meaning. Respectively, ‘香’ means ‘fragrant’, ‘奈’ has no specific (but significantly no negative) meaning and ‘儿’ serves as a modal particle. The similarity in pronunciation strengthens the connection between these two versions and increases the positive perception of the Chanel brand in the Chinese market.

The Chinese version of CLARINS (Figure 4) is ‘娇韵诗’ (jiao-yun-shi), which is pronounced differently from ‘Clarins’ but does possess positive characteristics. The Chinese characters ‘娇韵诗’ have no specific meaning. Respectively, ‘娇’, ‘韵’ and ‘诗’ mean ‘tender’, ‘charm’ and ‘poem’. Accordingly, ‘娇韵诗’ is feminine in nature and thus designed to be attractive to female consumers, which perfectly fits the cosmetics industry. In addition, the mark is easily remembered. 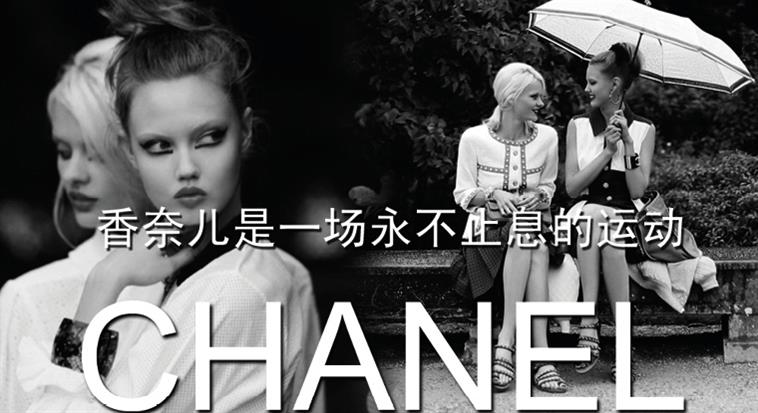 Although the CLARINS mark appears on Clarins products in the Chinese market, Chinese consumers can find the Chinese version in descriptions and advertisements for the products (Figure 5). The connection between CLARINS and ‘娇韵诗’ is thus enhanced by the products themselves and the fact that they are of high quality, have a long-term presence on the market and are extensively promoted. 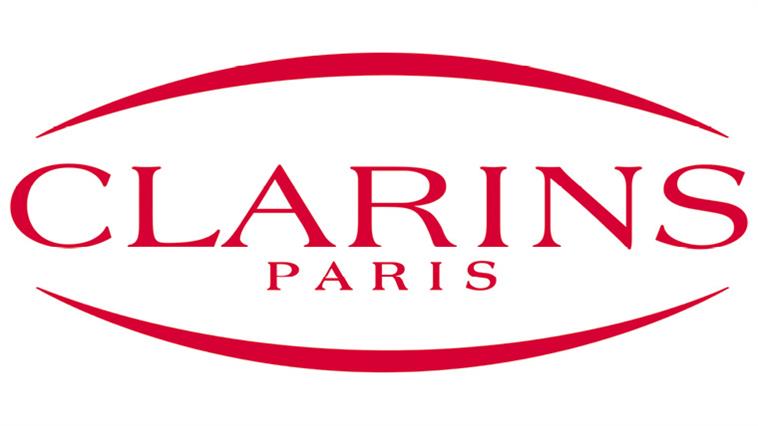 The direct translation of ‘Honeywell’ (Figure 6) is ‘蜜井’ (‘sweet well’ in Chinese), whereas the company’s official Chinese name is ‘霍尼韦尔’ (huo-ni-wei-er) – the transliteration of Honeywell. Critics have speculated that the direct translation of ‘Honeywell’ sounds less impressive than the transliteration and fails to match the company’s image as a multinational conglomerate, which in turn could lead to misunderstandings as to the origins of its products among the Chinese public. 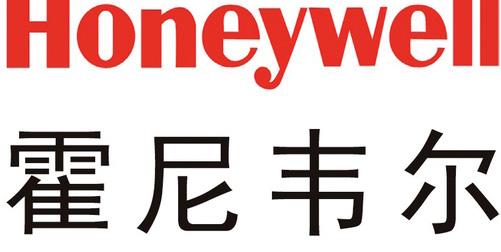 ‘Hummer’ (Figure 7) is the common name for the family trochilidae or hummingbirds, which suggests an image of beauty and lightness in Chinese. However, this dictionary meaning goes against the Hummer brand’s target market in China and conveys nothing of its history. Accordingly, the rights holder chose to apply for ‘悍马’ (han-ma), which means ‘doughty horse’, as the Chinese version of its HUMMER mark. This Chinese version conveys the nature and advantages provided by this off-road vehicle. 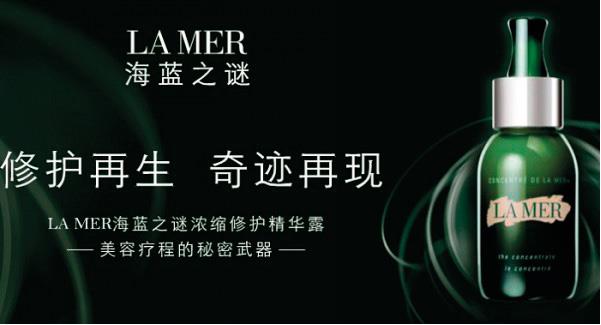 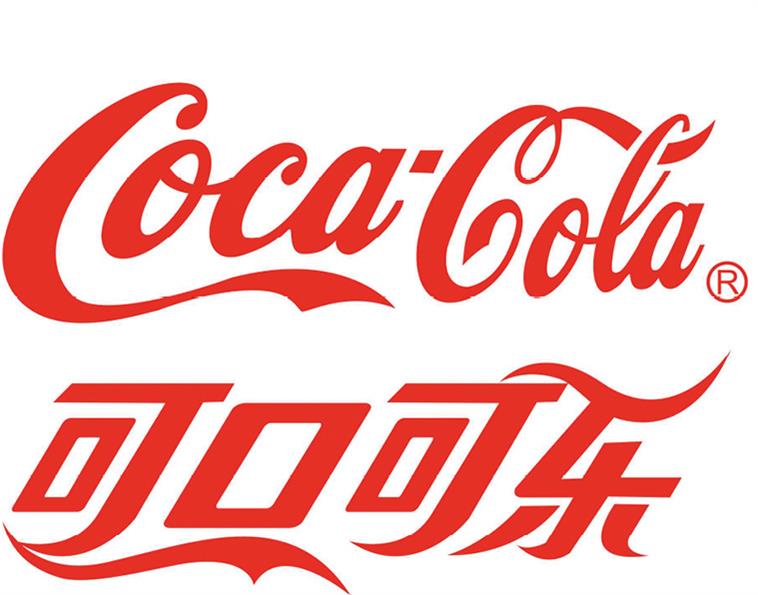 The ideal Chinese version of a foreign-character mark may involve both transliterating and paraphrasing it. The high similarity between pronunciation and Chinese characters with a relevant meaning can establish a strong connection between the Chinese and foreign versions in order to advertise the relevant products and/or services. 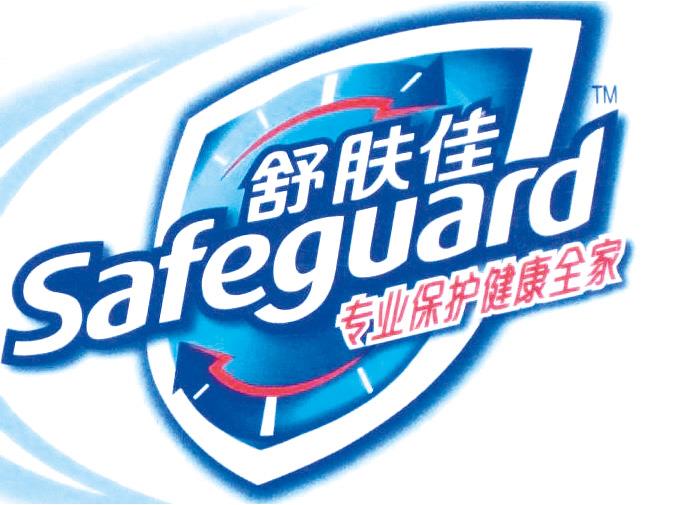 One successful example of this is the Chinese version of COCA-COLA (Figure 9). The Chinese characters ‘可口’ mean ‘ tasty’, while ‘可乐’ translate as ‘be happy’. In addition, the full version – ‘可口可乐’ (ke-kou-ke-le) – is easy to read and memorable, which meets one of the brand’s most important stated objectives: to spread happiness all over the world.

The SAFEGUARD (Figure 10) mark is used mainly on soap and shower gel. Its Chinese version, ‘舒肤佳’ (shu-fu-jia), is pronounced similarly to ‘Safeguard’, while the meanings of the Chinese characters are ‘comfort’, ‘skin’ and ‘excellent’. ‘舒肤佳’ thus fits the nature of the products bearing this mark and, in addition, is fair sounding.

The Korean mark LOCK & LOCK (Figure 11), which is registered for safety deposit boxes, visually describes an important function of its products. The Chinese version of the mark, ‘乐扣乐扣’ (le-kou-le-kou), preserves the pronunciation and also conveys the function of the products, since the Chinese character ‘乐’ means ‘happy’ and ‘扣’ means ‘lock up’. Moreover, ‘乐扣乐扣’ sounds catchy in Chinese, an additional benefit.

Due to the differences between Chinese and other languages, cultural background can be crucial when it comes to choosing a Chinese version of a foreign trademark. Unintentional negligence in this area may lead to negative associations.

In order to meet the requirements for imported alcohol, the importer of the German beer WARSTEINER used the Chinese name ‘沃斯乐’. Although the Chinese characters ‘沃斯乐’ (wo-si-le) have no meaning and the last character ‘乐’ even means ‘happiness’, its pronunciation is almost identical to ‘我死了’ (wo-si-le), save for a different intonation – the latter translates as ‘I am dead’. Such an unfortunate similarity in pronunciation undoubtedly affected sales in the Chinese market. This example demonstrates how it is possible for two Chinese phrases to share the same pronunciation, but have different meanings.

Generally speaking, the Chinese version of a foreign mark should be limited to between two and four Chinese characters. In the fast pace of daily life, younger people are adept at using language more succinctly to communicate in new and creative ways. A long brand name is time consuming to express and difficult to remember.

Although Sony Ericsson Mobile Communications (SEMC) (Figure 12) no longer exists, the trademark dispute regarding the mark ‘索爱’ is remarkable and stands as a warning for others.

The official Chinese version of SONY ERICSSON is its full transliteration ‘索尼爱立信’. The Chinese characters ‘索爱’ (suo-ai) are short for ‘索尼爱立信’ (suo-ni-ai-li-xin), with the shorter version being much easier to read and remember. Despite the fact that ‘索爱’ was neither created nor officially used by SEMC, it became popular and widely accepted by the Chinese public with respect to mobile phones and related products.

An application for ‘索爱’ in Class 9 covering “MP3s, mobile phones, etc” was first filed by an individual in 2003, with registration granted in 2004. In 2005 the registrant established his own company and started to manufacture and sell products bearing this trademark.

When SEMC first noticed the confusion among the relevant public caused by ‘索爱’, it filed a cancellation notice for the registration with the Trademark Review and Adjudication Board in 2005, but this failed. The case was then examined before the board, the intermediate court and the higher court, but failed repeatedly. According to the final decision in 2010, the registration for ‘索爱’ was maintained because SEMC had never used or promoted ‘索爱’ as its trademark on its products in Class 9 or accepted it as a shortened form for ‘索尼爱立信’ before the application for ‘索爱’ was filed.

Protecting your trademark in the Chinese market

In the Chinese language, one foreign-character mark can be transliterated into many different Chinese versions. This makes it almost impossible to establish that a foreign-character mark is similar to its Chinese transliteration under Chinese examination criteria, unless a specific Chinese version has been widely used by the brand owner over a long period of time. Even if this is the case, the brand owner must still provide substantial evidence to prove that:

Accordingly, registering one foreign-character mark alone can neither establish priority over its corresponding Chinese transliteration nor prevent others from filing various Chinese versions with similar pronunciations, but different characters. Thus, obtaining a registration for the chosen Chinese version of a mark should be a high priority for foreign brand owners.

In terms of marketing and practical use, applications can be filed for a foreign-character mark and its Chinese version respectively. The use of a foreign-character mark on products can keep the originality and high-class stylisation; while packaging, promotional materials and marketing activities bearing both the foreign-character mark and its Chinese version can help to establish the relationship between the two marks and increase recognition of both among consumers. Consumers will then find their own way of remembering and spreading news about the foreign brand, based on their education, knowledge of other languages and awareness of the products in question.

Selecting a proper Chinese version of a foreign-character trademark is not easy, given that this represents not only the products and/or services of a company, but also its quality and reputation. On a broader scale, it can influence the company’s whole marketing strategy throughout China. 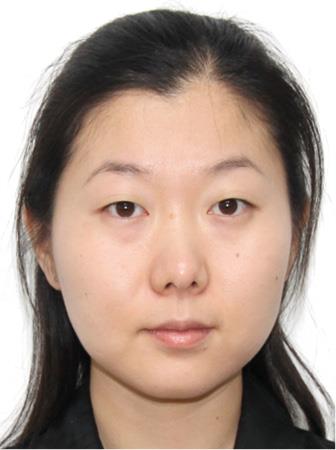 Yang Zhang is an expert in Chinese trademark law. She was educated in China and the United Kingdom, completing an MA at Swansea University. Ms Zhang specialises in trademark prosecution and enforcement. She is appreciated and trusted by clients for her efficiency and reliability. 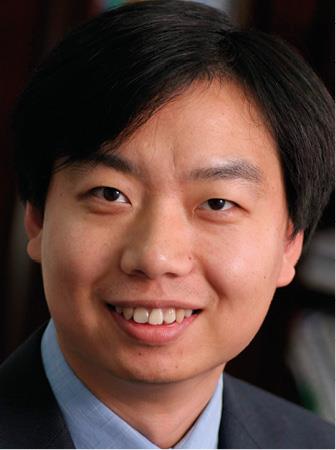 Xiaolin Dang is a leading IP attorney in China and has received several awards from the State Intellectual Property Office and the All China Patent Agent Association. He graduated from Peking University and studied at Chicago-Kent College of Law, receiving an LLM in IP law. Mr Dang is extremely experienced in IP litigation and prosecution.