An exploration of whether a trademark constitutes confusion

China’s Trademark Law was substantially amended in 2013 and entered into effect in May 2014. Article 57(2) of the amended law has added the new expression “which may cause public confusion” to the original criterion for determining trademark infringement, affirming that “using a trademark that is identical with or similar to a registered trademark in connection with the same or similar goods may constitute infringement”. This new expression compels the court to consider whether a mark can “easily lead consumers to confusion”, even if the trademark used by the alleged infringer is similar to the registered trademark cited. In other words, even when marks are similar, provided that they do not ‘cause confusion’, it does not constitute trademark infringement.

The plaintiff in the MK case was Jianfa Handbag Craft Factory registered in Chenghai District, Shantou City, Guangdong Province. Jianfa submitted a trademark registration application of ‘mk’ (lower case) in 1997, which was approved for registration in 1999. According to the Classification Table of Goods and Services, it was designated to be used in Class 18 including luggage and other goods. Thereafter, one of the defendants, Michael Kors (Switzerland) International Co Ltd, created the ‘MK’ logo (upper case) in 2000 based on the first letters of its company name and the main trademark MICHAEL KORS. In 2007, two further logos (upper case letters ‘MK’ encircled) were also created and were subsequently used in the 18th category of bag products.

The plaintiff sued the defendant in Hangzhou Intermediate Court in 2017, requesting it to cease using the Michael Kors MK trademarks and claiming huge indemnity. Before filing the lawsuit, not only had the plaintiff filed an invalidation application with China’s trademark registration authority regarding the trademark MICHAEL KORS (Registration Number 3603887; NICE Classification 18) owned by the defendant Michael Kors, it also proposed infringement claims against a number of small retailers selling Michael Kors products attempting to obtain a precedent judgment of trademark confusion and to thereby mislead the court. However, the court eventually held that the defendant’s use of the MK trademarks did not constitute infringement of the plaintiff’s ‘mk’ trademark because the marks involved caused no confusion in the market.

Throughout the first and second instances, both decisions affirmed that the plaintiff’s ‘mk’ trademark is similar to the MK trademarks used by the defendant, but ultimately held that the marks did not easily “constitute confusion” in the consumer market. Although the specific reasons for the first and second-instance decisions are different, the basic principles are the same. Both held that that the main considerations for determining whether the plaintiff’s trademark and the defendant’s trademarks could result in confusion were:

The final decisions were confirmed:

These differences were sufficient to result in consumers having enough brand awareness of the trademarks of the two brands to be able to distinguish their different sources without confusion. After receiving the second-instance decision, the plaintiff filed a retrial application with the Supreme Court. However, the Supreme Court rejected the application.

The plaintiff was agricultural company Dongfang Xianglin Vegetable Fruit Base Co Ltd, registered in Dongfang City, a small city in Hainan Province. In July 2000, the plaintiff filed an application for the registration of the Baiguoyuan trademark in Class 31, which was approved to be used in the designated goods of fruit, vegetables and fish, among others. The defendant was Shenzhen Baiguoyuan, an industrial development company registered in Shenzhen City in Guangdong Province. In 2008, the defendant filed an application for the registration of the word mark ‘百果园’ (‘Baiguoyuan’), to be used in Class 35 for the in-store use of its fruit shop. The defendant’s main business method is to set up chain stores throughout China. By 2018, the defendant owned nearly 3,000 fruit shops nationwide and had become one of the top 100 chain stores in China.

The plaintiff refused to accept the first-instance judgment and filed an appeal with the Fujian High Court, requesting the second-instance court to revoke the first-instance judgment and to support the plaintiff’s request in the first instance. After the trial, the second-instance court maintained all the facts ascertained in the first instance, and further confirmed that the defendant was not a production-oriented company, but a retail-oriented company. The purpose of the defendant using the trademark ‘百果园’ (‘Baiguoyuan’) in both the shops and online environments is not to lead consumers to identify the source of the goods, but to show that it is a unique retailer. Therefore, the defendant’s actions will not cause consumers to confuse the trademark used by the defendant with the plaintiff’s trademark.

Throughout these trademark infringement cases, due to the different places and business models of the trademark used by the plaintiff and the defendant, a pattern and scope could be distinguished in the market, particularly due to the fact that the defendant’s trademark is well-known and has a high reputation following long-term use, consumers could have a clear understanding of the relevance of the respective trademarks. Therefore, there should be no confusion and the actions of the defendant do not constitute infringement of the plaintiff’s mark.

Plaintiffs in some cases may be small unknown companies, while defendants could be large well-known enterprises. The main reason for a small company to sue a large enterprise for trademark infringement is usually that the use of a well-known trademark of a large enterprise would constitute ‘reverse confusion’ regarding the plaintiff’s trademark, based on which, the small company may request that the defendant stop using the trademark and pay a significant sum in compensation. Lawyers will usually help clients to find facts to prove that the plaintiff’s trademark is similar to the defendant’s, but confusion can affect the strength of the case put forward as a defence in court.

In the two cases discussed in this chapter, the reason that the court judged that that there was no confusion is set to be used as a reference for Chinese courts dealing with similar trademark infringement cases in the future. 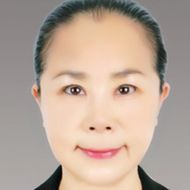