Comparative aspects of trademark dilution between the United States and China

By Boya Yin and Qinghong Xu

A trademark anti-dilution system protects famous trademarks against blurring, tarnishment or degradation. It also protects the accumulated goodwill of trademark owners, safeguards the legitimate economic interests of trademark owners and emphasises the selling powers of these famous trademarks. It is distinct from the confusion theory, which aims at preventing confusion among consumers regarding the source of goods or services and avoiding the increasing burden of search costs carried by consumers.

The United States was one of the first to put in place a highly comprehensive system and judicial practice. A study was conducted on the various distinctions in trademark dilution between the United States and China. In particular, a number of basic requirements about dilution protection were introduced, and a variety of different types of dilution were exemplified and an interpretation was offered as to how the courts ruled on these cases.

Federal trademark law recognised trademark dilution as a distinct claim. In 1996, the US Congress enacted the Federal Trademark Dilution Act, which marked a significant increase in the level of protection granted to marks under federal law. The act defined ‘dilution’ as “the lessening of the capacity of a famous mark to identify and distinguish goods or services”. In 2006, Congress amended the Federal Trademark Dilution Act, embraced a ‘likely to cause dilution’ standard of harm and adopted a ‘general consuming public’ standard for determining fame. This revision is now known as the Trademark Dilution Revision Act.

In view of almost a century’s development in the United States, the legal framework on the dilution theory includes common law precedents, state statutes, the Federal Trademark Dilution Act and its revision, leading to the establishment of an independent and comprehensive anti-dilution system.

China is a country where statute laws prevail, with its first trademark-related regulation published in 1963. Two decades later, its first ever Trademark Law took effect, which provided protection to well-known trademarks. Strictly speaking, China has not yet put in place a genuine trademark anti-dilution system. Nevertheless, as a signatory of international treaties and agreements, China is obliged to provide protection for marks that are well known. Both the Paris Convention and the Agreement on Trade-Related Aspects of Intellectual Property Rights require countries to prohibit the use of a trademark that is registered or well known. Moreover, WIPO created guidelines for determining whether a mark is well known, and unambiguously called for anti-dilution statutes. In line with China’s international obligations, the Chinese Trademark Law went some way to providing well-known trademark protection before China formally joined the World Trade Organisation in 2001. Further, the ‘Interpretation of the Supreme People’s Court on Several Issues Regarding the Application of Law to the Trial of Cases of Civil Disputes over the Protection of Famous Trademarks 2009’ (the 2009 Judicial Interpretations) explained more. It elaborated on the phrase “mislead[ing] the public so that the interests of the owner of the registered well-known trademark are likely to be impaired” as stipulated by Article 13 of the Chinese Trademark Law.

Given the provisions in the Chinese Trademark Law and the 2009 Judicial Interpretations, it is arguable that the anti-dilution theory has been de facto adopted by the Chinese legislature and the courts.

In China, the anti-dilution theory for well-known trademark protection still needs further development. Although some courts have applied it to deal with certain cases, the protection remains immature and immethodical.

In the United States, to qualify for anti-dilution protection, a mark must be widely recognised by the general US consuming public as a designation of source of the goods or services of the mark’s owner. Further, the mark must have become famous before the defendant began its allegedly diluting use. This fame requirement represents a threshold for the mark owner to make a dilution claim under the Trademark Dilution Revision Act. However, in practice, the collection and provision of proof is relatively burdensome. If the outcome of a survey is taken as an identifier to indicate the popularity of a famous trademark, 75% of the interviewees should be familiar with this trademark.

In China, given the definition provided in Article 2 of the Provisions on the Determination and Protection of Well-Known Trademarks (2014 Revision), a well-known trademark in China is referred to as “a mark commonly known by the relevant public and highly popular in China”. The ‘relevant public’ includes the consumers associated with a specific kind of commodity or service distinguishable by a trademark, such as manufacturers of the claimed commodity or other operators offering the relevant service, and the sellers and other people engaging in the market. In Chengdu Bus Inc Co v Chongqing Sokon Industry Group Co Ltd (Chongqing High People’s Court, Civil No 65, 2018), the court identified that relevant consumers should be related to the products sold by the plaintiff (ie, those who need or plan to buy cars or peripheral products).

How much should the marks in question resemble each other? In the United States, in Nike Inc v Nikepal Intern Inc (84 USPQ 2d 1820 (ND Cal 2007)), the court believed the marks in a dilution analysis must be identical or nearly identical. However, the Second Circuit abandoned this approach in Starbucks Corp v Wolfe’s Borough Coffee Inc (588 F3d 97 (2d Cir 2009)) when considering the federal dilution-by-blurring factors between marks STARBUCKS and CHARBUCKS, emphasising that the statute does not require the words to be very or substantially similar – Congress had no requirement for an association to arise from the high degree of similarity, whether identical or nearly identical, and the word chosen by Congress signalled a relaxed criterion of similarity. Nevertheless, courts must weigh the degree of similarity as one of the factors in determining the likelihood of dilution by blurring.

As in the United States, the degree of similarity is also one of the factors (see Provisions of the Supreme People’s Court on Several Issues Concerning the Hearing of Administrative Cases Involving the Granting and Affirmation of Trademark Rights (Fa Shi [2017] 2)) to be considered when applying the dilution theory provided in Article 13 of the Chinese Trademark Law, where the ultimate determination is whether there exists an indication of association between trademarks so as to mislead the public and harm the interests of the well-known trademark owner.

There are two forms of dilution:

For dilution by tarnishment, on the other hand, the language of the statute itself provides no further guidance as to what constitutes an actionable claim. Nevertheless, courts have adopted a virtual per se rule regarding uses of trademarks in contexts involving pornography, finding almost uniformly that such uses tarnish the image of the mark owner. According to Second Circuit case law, tarnishment is not restricted to this small subset of seamy behaviour, for which “a broad view of tarnishment” will be taken. However, not every tarnishing behaviour or use of language would cause dilution, it must be a trademark use which harms the interests of the owner of the famous trademark nationwide.

Chinese law focuses mainly on the first rationale to protect trademarks for their source-identifier function, as evidenced by Article 1 of the Chinese Trademark Law which lays out the legislature’s intent. With respect to the goodwill protection function, Article 13 of the law (together with the 2009 Judicial Interpretation) fills the gap with the dilution theory in order to expand protection for well-known trademarks, but nevertheless indicates a vague boundary between the dilution theory and the ‘likelihood of confusion’ principle. However, the protection to the goodwill of a trademark owner, to the extent of the anti-dilution protection, is inadequate in China.

To resolve such vexing issues and to strengthen the anti-dilution protection, the Trademark Anti-dilution Law will be considered:

The different theory bases, legal sources and historical developments have contributed to the distinctions between the United States and China on the trademark dilution issue. The comprehensive anti-dilution legal system in the United States provides some constructive references for China, which can be beneficial for the legislature and the judiciary to recognise the merits of applying independent anti-dilution law out of the limitation of confusion theory. The most noticeable advantage for applying independent anti-dilution law lies in the opportunity of closing the gap of confusion theory on its protection for famous trademarks on identical or similar products or services. Despite this, further details such as types of dilution, factors in each type of dilution and application for other commercial signs are worthy of further discussion. 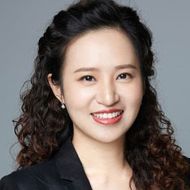 Boya Yin is highly experienced in trademark prosecution and enforcement, particularly handling sophisticated trademark administrative and civil litigation cases. Ms Yin has represented many renowned international enterprises and successfully helped to make their trademarks recognised as well-known marks. Her clients come from numerous different industries, including pharmaceuticals, chemistry, food, clothing, cosmetics, international hotels and media. One trademark administrative litigation case she acted in was selected as an ‘Excellent Trademark Litigation Case’ by the China Trademark Association in 2015. In 2016, Ms Yin represented a Japanese client to successfully safeguard its prior copyright before the Supreme People’s Court. Other meaningful cases that she has won have covered different trademark issues, such as prior trade name, trademark dilution, distinctiveness and trademark squatting. 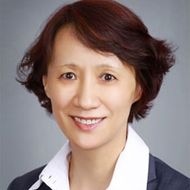 Qinghong Xu joined Lung Tin in 2009. She has expertise in all aspects of IP matters, ranging from patent application preparation and prosecution, patent invalidation and litigation, to technology transfers, licensing, strategic alliances, R&D and commercialisation collaborations. Dr Xu has also advised clients on regulatory matters, especially before the Chinese National Medical Products Administration. Since 2000, she has represented many multinational companies in hundreds of patent prosecution, counselling, licensing and litigation cases in technical areas of the medical, chemical, pharmaceutical, biotechnology and mechanical fields, in both the United States and China.

@IAM_magazine Revealed: the top IP firms in opposition proceedings at the @EPOorg by areas of specialisation.… https://t.co/Gq4j05E4JO Read more

@IAM_magazine Xi Jinping made a speech dedicated solely to IP policy this week. Here are some highlights, and why they might matt… https://t.co/Z1VVXxEtEl Read more