Trademark registration of works of art in public domain – reasonable grounds for rejection?

Can EU Trademark Regulation be used when rejecting trademark registration?

In 2005 the Danish Patent and Trademark Office (DKPTO) received approximately 50 trademark applications consisting of works of art for which copyright protection had expired. Almost all signs were applied for by Kvibergs Marknad AB – a Swedish company that organises trade fairs and markets and conducts art and antique auctions. The signs applied for consist of some of the most important and significant paintings in European history.

All of the applied-for signs were registered, as copyright protection had expired and the DKPTO found no legal reason to reject the applications.

In 2014 the DKPTO accepted trademark registration of two paintings made by PS Krøyer and Michael Ancher – both among the painters working in the Skaw (Skagen) between 1870 and 1900, painting naturalistic paintings from the daily life and scenic nature in Northern Jutland. There is no doubt that the paintings are some of the better-known Danish works of art.

Can works of art be business identifiers?

It is important for economic well-being that economic operators have the freedom to operate with as few restrictions as possible, including the freedom to choose an identifier or trademark for their business. The mere fact that a mark consists of or includes a work of art that is protected by copyright does not in itself justify a refusal. However, the effect of granting a trademark right would, in certain circumstances, be to perpetuate exclusive rights to the work of art which should normally be in the public domain and capable of being freely used by any person, including any economic operator.

Economic operators also appear to think that works of art can serve as business identifiers for their goods and services as they apply for registration of trademarks solely consisting of works of art. As an example, Nupo A/S – a producer of slimming powder – used a painting of a curvy woman as a trademark for 20 years.

At times, economic operators create works of art with the intention of them serving as trademarks. In such cases, there is no need to safeguard the public domain, as those works of art/trademarks have been created specifically to serve as business identifiers.

Article 7 of the EU Trademark Regulation states the reasons for rejecting a trademark application. Trademarks which are contrary to public policy or accepted principles of morality can be rejected. Registration at the EU Intellectual Property Office (EUIPO) is denied under Article 7(1)(f). In Denmark, registration is denied – where relevant – under the Danish equivalent: Section 14(1)(1) of the Consolidate Trademarks Act.

Both Article 7(1)(f) and Section 14(1)(1) have broad wording and allow for interpretation. A judicious application of these provisions necessarily entails a balancing of the right of traders to freely employ words and images in the signs that they wish to register as trademarks against the right of the public not to be confronted with disturbing, abusive, insulting and even threatening trademarks.

The balancing of rights should preferably result in trademark offices not refusing to register a trademark which is likely to offend only a small minority of exceptionally puritanical citizens. Similarly, a trademark should not be granted protection simply because it would not offend the equally small minority at the other end of the spectrum, who find even gross obscenity acceptable. Some people are easily offended; others are un-shockable. The trademark offices must assess the mark by reference to the standards and values of ordinary citizens between those two extremes.

Article 7(1)(f) is a European provision and must be interpreted on the basis of a common European standard. The Danish equivalent, Section 14(1)(1) of the Consolidate Trademarks Act, is usually applied when the DKPTO refuses a trademark that is considered to be contrary to public policy or accepted principles of morality in the sense that the applied-for mark is contrary to law (eg, containing the word element ‘bank’ or ‘økologisk’ (in English ‘organic’) and vulgar expressions such as ‘cumming is for pussies’). Section 14(1)(1) has never been used to reject registration of a trademark that consists of a work of art in the public domain.

The test of Article 7(1)(f) stands out from most other rejection grounds in Article 7, as the relevant public cannot be limited to the public to which the goods and services in respect of which registration is sought is directly addressed and cannot be overcome by acquired distinctiveness. Consideration must be given to the fact that the signs covered by this ground for rejection will shock not only the public to which the goods and services designated by the sign is addressed, but also other persons who, without being concerned by those goods and services, will encounter that sign incidentally in their everyday lives.

Contrary to accepted principles of morality or contrary to public order

If a work of art in the public domain is to be rejected under Article 7(1)(f) of the EU Trademark Regulation or Section 14(1)(1) of the Consolidate Trademarks Act, must it be because the applied-for mark is contrary to accepted principles of morality or against public policy?

In Case E-5/16 – regarding Gustav Vigeland artworks – the European Free Trade Association (EFTA) Court expressed that certain works of art may enjoy a particular status as prominent parts of a nation’s cultural heritage, an emblem of sovereignty or of the nation’s foundations and values. A trademark registration may even be considered a misappropriation or desecration of the artist’s work, in particular if it is granted for goods or services that contradict the values of the artist or the message communicated through the artwork in question. Therefore, it cannot be ruled out that trademark registration of an artwork may possibly be perceived by the average consumer in the European Economic Area (EEA) state in question as offensive and therefore contrary to accepted principles of morality.

Mostly, if works of art in the public domain are denied trademark registration it is because it would be considered to be contrary to public policy to grant trademark registration to those works. The concept of ‘public policy’ refers to principles and standards regarded as a fundamental concern to the state and the whole of society. Thus, the assessment must be performed on a case-by-case basis, as public policy can vary from one state to another and can change over time.

The protection of copyright and the protection of trademarks pursue different aims. Moreover, the public interest is to prevent the exclusive and permanent right granted by trademark registration to extend the lives of other rights that the legislature has sought to make subject to limited periods, including, among other things, copyright protection.

The essential function of a trademark is to guarantee the identity of the origin of the marked product to enable the consumer, without any likelihood of confusion, to distinguish the product or service from others which have another origin. Thus, the protection conferred by trademarks ensures market transparency and assumes an essential role in a system of undistorted competition.

To appropriate a work of art for an indefinite period through the registration of a trademark contradicts the purpose and logic of the time limits established for copyright. It would also grant the trademark owner more extensive rights than those enjoyed by the author’s estate. Hence, once copyright protection of the work has expired, the work of art should be freely usable by any person.

In Case E-5/16 (6 April 2017) the Oslo Municipality that managed the copyright of Vigeland artworks applied for trademark protection of, among others, ‘Angry boy’.

The Norwegian Trademark Office rejected the application partially on the grounds that the mark consists of a shape that adds substantial value to the goods (equivalent to Article 7(1)(e) of the EU Trademark Regulation).

The Norwegian Board of Appeal referred six questions to the EFTA Court to try whether the works of art by Vigeland could be rejected under Article 3(1) of the Trademark Directive. The wording of Article 3(1)(f) (which is almost identical to Article 7(1)(f) of the EU Trademark Regulation) states that: “The following shall not be registered or, if registered, shall be liable to be declared invalid: trademarks which are contrary to public policy or to accepted principles of morality.”

The EFTA Court took a holistic approach in its assessment of the registrability of Vigeland works of art. It concluded that trademark registration of a sign that consists of works for which the copyright protection period has expired is not in itself contrary to public policy or accepted principles of morality within the meaning of Article 3(1)(f). Whether registration for signs that consist of works of art as a trademark will be refused on the basis of accepted principles of morality depends, in particular, on the status or perception of the artwork in the relevant EEA state. The risk of misappropriation or desecration of a work may be relevant in this assessment. Registration of a sign may be refused only on the basis of the public policy exception provided for in Article 3(1)(f) if the sign consists exclusively of a work pertaining to the public domain and if registration of this sign would constitute a genuine and sufficiently serious threat to a fundamental interest of society.

The EFTA Court further stated that the registration as a trademark of a sign which consists of works for which the copyright protection period has expired, is not in itself contrary to public policy or accepted principles of morality within the meaning of Article 3(1)(f).

Whether the registration of a sign that consists of a work of art as a trademark will be refused on the basis of accepted principles of morality within the meaning of Article 3(1)(f) depends, in particular, on the status or perception of the artwork in the relevant EEA state. The risk of misappropriation or desecration of a work may be relevant here: the better known the work of art, the greater the likelihood that the author or artist is known to the general public.

Registration of a sign may be refused only on the basis of the public policy exception provided for in Article 3(1)(f) if the sign consists exclusively of a work pertaining to the public domain and if registration of that sign would constitute a genuine and sufficiently serious threat to a fundamental interest of society.

The same holistic approach has recently been applied by the EU General Court when assessing the values underlying the scope of protection for Article 7(1)(f), as in T-1/17 (15 March 2018) concerning the sign LA MAFIA SE SIENTA A LA MESA, which considered “the very values on which the European Union is founded, in particular the values of respect for human dignity and freedom as laid down in Article 2 TEU [Treaty on European Union] and Articles 2, 3 and 6 of the Charter of Fundamental Rights of the European Union”. (See Paragraph 36.) Thus, the registration of LA MAFIA SE SIENTA A LA MESA was cancelled, since the word element ‘MAFIA’ referred to a criminal organisation.

In principle, any undertaking could achieve trademark protection for copyrighted works that are in the public domain, regardless of the cultural value of such works. The DKPTO has not applied Section 14(1)(1) of the Consolidate Trademarks Act to protect works of art which are no longer protected by copyright. This may change after EFTA Court Case E-5/16 and General Court Decision T-1/17 LA MAFIA SE SIENTA A LA & MESA. 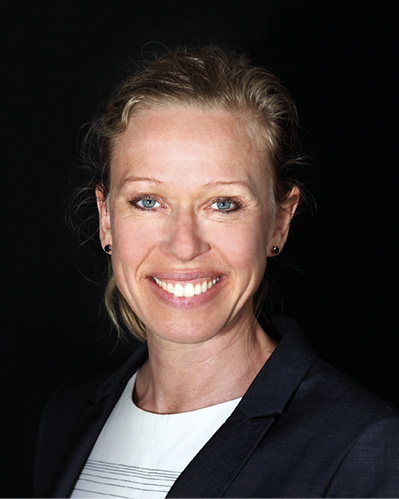 Louise Thorning Ahle joined Zacco in 2018. Prior to that, she worked at the Danish Patent and Trademark Office (DKPTO) from 2006 to 2015. During this time, she was also seconded to the EU Intellectual Property Office (EUIPO) and on short-term secondments as a national expert on IP-related EU projects in Romania and Poland. From 2015 to 2018 she worked at a Danish corporate law firm and was admitted to the Danish Bar in 2017.

Ms Thorning Ahle is highly specialised in IP law, with a particular focus on trademark and design law. She assists clients with all kinds of proceedings involving the DKPTO and the EUIPO and gives advice on IP strategy matters.