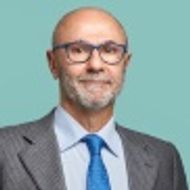 Background
According to Article 7(1) of the Industrial Property Code: "Any sign capable of being represented graphically, in particular words, including personal names, designs, letters, figures, sounds, the shapes of goods or their packaging, the combinations or chromatic shades, may be the object of registration as a trademark, provided that such signs are capable of distinguishing goods or services of one enterprise from those of other enterprises.”

This provision sets forth two requirements for a mark to be registered: the ability to be represented graphically and distinctiveness. In other words, in order to be eligible for registration as a trademark, it is insufficient that a mark can be represented graphically; it must also have distinctive character, meaning that it can distinguish the goods or services of one business from those of others.

The distinctive character of the mark may be inherent or acquired through use made before the filing date of the trademark application.

Recent case
A trademark registration recently issued by the ITPO raises questions with respect to the application of these requirements. The registration was applied for by a UK company and was granted on May 27 2015 under Registration 1637757 for the mark consisting of two Chinese characters:

The goods designated in the registration were:

Comment
While there is no doubt that the mark in question was capable of being represented graphically, whether the mark had inherent distinctive character is debatable.

To assess whether a mark that is submitted for registration has distinctive character it is first necessary to define the relevant public, as the perception of the mark is considered from the point of view of the public likely to interact with the mark. Determining the relevant public requires reference to the designated goods or services.

With respect to animal skins, which are semi-finished products, the relevant public is represented by professional (Italian) purchasers.

The Chinese language is not widespread in Italy. It is fair to say that neither the average consumer of leather articles and clothing nor the average purchaser of animal skins can read, speak or understand the language. Thus, it follows that the relevant public cannot recognise, read or pronounce the two characters. Further, the relevant public cannot derive any meaning from the characters, assuming that a meaning exists. The applicant stated that the first character means 'road' and the second means 'tiger', but that the two characters together are meaningless. Moreover, given the graphical complexity of the characters, the public is unlikely to remember their visual appearance with sufficient precision.

In light of this, how can the mark be inherently distinctive? For example, when confronted with a garment bearing a mark consisting of two complex Chinese characters, how would the average Italian consumer know that the garment originated from the same business from which it had purchased another garment that also bore two complex characters? The memorability of a mark appears to be a basic requirement in order for a mark to function as a trademark. This requirement is not explicitly mentioned in the law, but is implicit in the concept of distinctiveness. If the relevant public cannot remember a mark, the mark cannot serve to distinguish goods or services and a risk of confusion is inevitable.