Many jurisdictions require that a protectable trademark be graphically represented. However, the requirement of graphical representation has been modified constantly and some jurisdictions (eg, Japan and European Union) have now amended their legislation to accept non-traditional trademarks in previously impossible or highly complicated situations.

For a long time, non-traditional marks were rare, due either to the impossibility of applying for such a mark or the risk of being denied in registration due to the need to prove acquired distinctiveness. Further, in some jurisdictions other IP rights (eg, design patents) may be available to protect non-traditional trademarks or elements thereof.

It is expected that after March 23 2016, when the amendments to the Community trademark system enter into force, the number of EU non-traditional trademarks will increase, since the requirement of graphical representation will be abolished. In addition, other jurisdictions might receive more applications since entrepreneurs often file marks internationally, not limiting their region of interest to a particular area.

Russian legislation does not exclude the registration of non-traditional marks, rather providing for the possibility of registering different types and combinations of designation in addition to word, graphic and three-dimensional (3D) marks.

Some trademark offices deny trademark registration because some types of mark cannot be graphically represented. There are no such limitations in Russia. Article 1482 of the Civil Code provides that verbal, pictorial, 3D and other indications or combinations thereof may be registered as trademarks. A trademark may be registered in any colour or colour combination. The wording 'other indications' confirms that the law is liberal in this regard.

However, according to the law, marks which lack distinctiveness are ineligible for registration. Although the legislation lists certain designations which should be recognised as lacking in distinctiveness, in some cases this criterion is not definitive and remains at the discretion of the Russian Patent and Trademark Office (PTO). Further, Russian legislation provides the possibility of registering marks based on acquired distinctiveness.

In 2015 the new Rules of Trademark Filing came into force, serving as guidelines for the PTO when examining trademark applications and for applicants when adjusting their applications to the legislation requirements. The new rules foresee particular requirements for presenting application materials and deserve special attention in regard to the representation of non-traditional trademarks in the application materials. In particular, the rules stipulate that in the event that the claimed designation cannot be reproduced in the application, it must be mentioned in the application that the claimed designation is provided on a separate digital medium and this medium must be specified (eg, a CD or a flash memory card).

Colour
Recent media publications and a review of the Russian Trademark Register show the increasing popularity of colour trademarks, whereby applicants can monopolise a particular colour or combination of colours. According to Russian practice, if there is a strong association between a colour, a particular enterprise and a specific product or service, the colour may be registrable.

Where a designation is claimed that consists only of a combination of colours or a single colour, which, in the applicant’s opinion, has acquired distinctiveness as a result of its use, a colour sample must be provided in the application, while the statement 'Mark consisting exclusively of one or more colours' must be included. An indication of a colour in the application or a description of the claimed designation must be accompanied by a corresponding code of an internationally accepted colour identification system selected by the applicant (eg, guidelines and catalogues of colour samples issued by specialised associations or catalogues of colour samples of software graphic editors, such as Pantone, RAL or the Natural Color System).

The growing interest in respect of colour marks is confirmed by the increasing number of colour trademark registrations filed both internationally through the Madrid System and nationally to the Russian PTO directly. In 2015 Russian state-owned bank Sberbak registered its corporate green colour (Pantone 349) as a trademark for financial services: 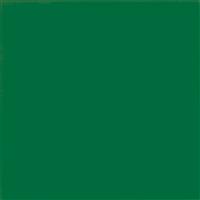 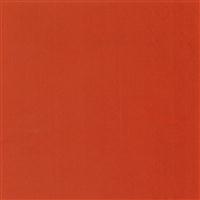 Further, several years ago another leading Russian telecommunications provider Vympel-Communications obtained protection for a yellow and black colour combination that is part of their 'bee colours' advertising campaign:

Well-known Russian oil and gas supplier Gazprom, which owns a large trademark portfolio, including a number of non-traditional trademarks, recently obtained protection for a blue colour (Pantone 300CV) for goods and services in Classes 01, 04, 35, 37, 39, 40 and 42:

Sound
The registration of sound marks is possible in Russia, but this type of mark is unpopular, despite the fact that numerous producers have sounds associated with their products or businesses. According to the new rules, the PTO imposes specific filing requirements for sound marks.

Where a luminous designation is applied for registration as a trademark, characteristics of light symbols (signals), their sequence, length of luminescence and other identifying peculiarities may be given in the description.

Another registered motion mark is the animated clip that is regularly shown before the feature films of a particular production company commence (eg, Russian Trademark Registration 361937 in the name of Mosfilm: www.fips.ru/rutmimage/0/300000/360000/361000/361937.mpg).

Where the claimed designation is a holographic one, several (at least three) images thereof must be provided, disclosing precisely a holographic effect in general (ie, visible reflections of images, changes in brightness and contrast) and from different directions – in particular, perpendicularly and at an angle above and beyond the perpendicular direction. Where the holographic effect consists of changes of images of subject matters, an image illustrating each subject matter must be given. Few examples of hologram marks exist, although Russian Trademark Registration 180952 is one example: 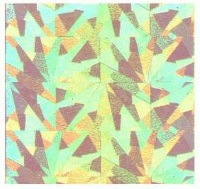 Olfactory, taste and touch marks
The new rules do not ignore olfactory, taste and touch marks. As far as tastes and smells are concerned, the question arises in respect of representation or transmission of such designation, since no respective media are available which could store this information for a long period. Therefore, a correct description of the applied designations is vital for such trademark applications.

Where the claimed designation relates to olfactory or taste designations, the application must include a verbal description of a smell or taste and its accurate and clear characteristics, including a description of a formulation of a composition of matter, a formula of a chemical compound characterising a source of smell, taste and other characteristics that, in the applicant’s opinion, would allow the desired scope of legal protection to be secured.

Where the registration of an olfactory designation is applied for, the characteristics of a smell or bouquet, along with a formulation of a composition or a formula of a chemical compound characterising a smell source, must be described.

It is logical that touch marks require the filing of samples of surfaces. Verbal descriptions may also be provided. Where the claimed designation is touch perceived, a sample of its surface and (or) a verbal description thereof and other characteristics of a perceived surface, at the applicant’s option, must be provided for the purposes of its identification. Where a designation implemented by a special point system and intended for being written and read by visually impaired individuals has a meaning, such meaning must be stated.

Position marks
Although position marks have gained popularity in Russia in recent years, particularly among clothing and footwear manufacturers, the new rules do not cover them. Nonetheless, case law and filing practices show that applications for position marks are accepted and registrations granted. An example is Christian Louboutin’s registration for its red sole shoe design, which has been granted protection as a trademark as a result of consideration of the applicant’s appeal against the examiner’s refusal decision based on a lack of distinctiveness:

The applicant successfully argued in favour of registration based on a strong association of the red sole shoes with his name.

Another example of a position mark could be adidas's Russian Trademark Registration 369587 covering the position of three stripes on a cap: 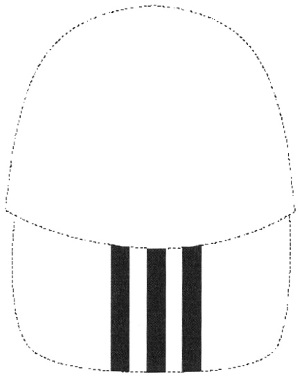 Comment
Non-traditional trademarks have unlimited potential. A creative and unique trademark helps to strengthen a product’s competitive position. Russian legislation provides a solid base for inventive trademark owners which wish to realise their original ideas and obtain protection therefor. The new rules formalise the filing requirements and improve applicants’ ability to obtain protection for non-standard types of trademark. The types of non-traditional trademark listed in the recently adopted rules are not limited to those available for filing. The trademarks mentioned in the rules may be supplemented with new types of mark or combination (ie, trademarks that include several types of non-traditional mark). However, the requirement that the trademark should be distinctive should always be taken into consideration while adopting a trademark. Rights holders must still meet the strict requirements for trademark registration in respect of distinctiveness. Further, due to a lack of case law, the possibility of effective enforcement and the ability to evidence proper use of a non-traditional trademark are questionable. Practitioners may need new approaches towards assessing similarities between non-traditional marks for successful enforcement or determining whether the trademark has been used properly.