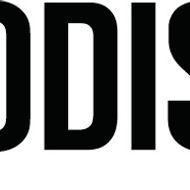 The issue of parallel imports has undergone many turns, retreats and advances over the years. The courts have issued divergent judgments and interested parties have engaged in heated arguments for and against parallel imports. At last, the courts have reached a logical conclusion: rights holders must have full control over the use of their trademark in Russia.

There are different approaches to this problem. For example, in China, the international principle of rights prevails because, as Chinese lawyers say, “If we need something, we shall make it ourselves." Few countries can make products cheaper than China. On the contrary, China acts as a factory for the world. The economic situation keeps parallel imports out of China so there is no need to regulate them. A similar situation exists in the United States, where the principle of international exhaustion applies; however, US Customs may stop parallel imports if the goods are different in some way (eg, in quality, flavour or nutritional value). As the US economy is the largest in the world, it is mostly self-sufficient and can afford for some parallel imports to enter.

In Russia, the situation is different. Industrial production is growing, but so far it cannot satisfy the demand for certain products. One example is the automotive industry. There are various car manufacturing plants in Russia, but their production is dwarfed by the avalanche of cars imported from other countries. There are many international car factories, but they are mostly assembly facilities. In all cases, cars have many expendable parts which need to be changed regularly, which is where parallel importers may find their niche. In many cases manufacturers label only packages with their trademarks, which can be easily seen by Customs during inspection. Thus, open parallel imports are no longer possible and there are no new cases of parallel imports involving trademarks which the courts have already considered in parallel import actions. Therefore, parallel importers are seeking new ways to carry on business. One option is to buy goods outside Russia without external markings and thus escape the attention of Customs. If this happens, the rights holder must target infringers on the market, which is more difficult. Similar techniques may be used in relation to other goods. One solution to this problem for manufacturers may be to mark every product within a package.