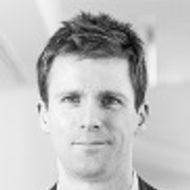 The first and second articles in this series discussed the ‘unclear essential parameter trap’ where an application including a parameter that does not comply with strict EPO practice may be refused, regardless of its substantive merit. This third and final article discusses the policy reasons behind the practice, and whether a more applicant-friendly approach is appropriate.

There are sound reasons for the EPO’s approach. Clarity is important. Article 84 of the European Patent Convention (EPC) is there for a reason. A parameter with an unclear or missing measurement method can be open to different interpretations. A third party reading a claim should be able to assess whether they are infringing the patent. However, if a key feature is a parameter that is ambiguous in the absence of a properly defined measurement method, it can be difficult or impossible to make that assessment. An item might infringe a claim when measured by some methods but not others. Accordingly, there is clear justification for the EPO’s insistence on parameters in claims being accompanied by an unambiguous measurement method.

Nevertheless, there is a balance to be struck between providing certainty to third parties on the scope of protection and denying an applicant just reward for their invention purely due to a missing or incomplete measurement method. There is no easy answer to where this balance lies, however, a more applicant-friendly approach is possible. We see it already at the EPO in other areas of claim interpretation, and it arguably finds some support in case law.

Is there a better way of looking at parameters?

This alternative approach would be to not insist on a measurement method appearing in a claim but, instead, to interpret any parameter without a measurement method as encompassing that parameter when measured by any reasonable method. Such an interpretation – a “broadest reasonable interpretation” – would be deemed clear and would also meet the requirements of Article 84 of the EPC, allowing examination to move on to the more substantive aspects of novelty and inventive step.

Under this approach, an applicant would have some control over how they intend a parameter to be interpreted. A detailed measurement method could be included in a claim, unambiguously specifying how that parameter is to be interpreted. Alternatively, an applicant may choose not to include a measurement method, knowing that its parameter would be interpreted in the broadest reasonable manner. The latter option would arguably lead to a weaker claim – it would be broader, such that additional prior art may come into play compared to a claim with an unambiguous parameter, making it harder to establish novelty or an inventive step. In addition, the ambiguity may cast doubt over whether a technical effect is achieved across the full scope of the claim, adding to the difficulty in establishing an inventive step. Equally, the ambiguous parameter could be so broad that, if it is central to making the invention work, there would be a potential insufficiency issue. Accordingly, adopting the broadest reasonable interpretation would not amount to allowing an applicant to ‘get away with it’, if they have not provided enough detail on how to measure an essential parameter. Instead, an applicant would have to accept the potentially severe negative consequences arising from such an approach. Given that the broadest reasonable interpretation would appear to solve the problem of applications being refused solely for not giving a detailed measurement method, it would seem an attractive option for both the EPO and its users.

On the other hand, an applicant may well be able to overcome the negative consequences presented if an ambiguous parameter is interpreted as clear, but broad. For example, any potential novelty, inventive step or insufficiency problems occurring due to excessive claim breadth could be addressed by adding further limitations to the claim. It may also be that the excessive breadth of a parameter is never an issue during examination, perhaps if the prior art evidently discloses the same parameter such that the argumentation is focused on other features. In such instances, the negative consequences might not be so severe that they would eliminate the problem of applications with ambiguous parameters. Therefore, allowing the broadest reasonable interpretation as a route for parameters to be deemed clear may not avoid the grant of ambiguous patents, to the detriment of the certainty of third parties. This brings us back to precisely why the EPO takes a strict view on the clarity of parameters.

The broadest reasonable interpretation nevertheless finds support in other areas of EPO practice concerned with claim interpretation. For instance, a new section added to the 2021 guidelines (F IV, 4.24) adopts precisely this interpretation when assessing terms such as ‘identity’ and ‘similarity’ in relation to amino or nucleic acid sequences. It states the following:

The broadest reasonable interpretation also finds support in the case law on parameters, albeit in decisions concerning insufficiency (Article 83 of the EPC) rather than clarity (Article 84). For instance, T 2001/10 adopted the following interpretation of a particle size parameter with a missing measurement method, which had been attacked for insufficiency (Reasons 22):

In the absence of any definition in the patent in suit of the exact meaning of "average particle diameter" or of the specific method to be used for determining that parameter, the "average particle diameter" defining compound (D) in present claim 1 must be interpreted as encompassing any definition of that parameter and any method for its measurement which can be said to be standard in the art concerned. (Emphasis added.)

Notably, the Board of Appeal highlighted the negative consequences to an applicant of the broadest reasonable interpretation, stating the following (Reasons 26):

This decision shows that the broadest reasonable interpretation is already being used by the boards as a way of conferring a technically sensible meaning on a claim that recites a parameter, in the absence of a measurement method. Since this approach, and its possible negative consequences to an applicant, are already a part of EPO practice, applying it to the assessment of the clarity of parameters should be straightforward.

The decision of an examining division to refuse an application for falling into the unclear essential parameter trap is subject to appeal. If appeals are filed in such cases, it remains to be seen whether the Boards of Appeal, when assessing parameters under the heading of clarity and Article 84 of the EPC in an ex parte appeal (as opposed to the more common assessment under insufficiency and Article 83 of the EPC in an inter partes appeal) will tend more towards the “broadest reasonable interpretation” as a means for dealing with an ambiguous parameter, or whether they will follow the strict practice encouraged by the guidelines in order to retain certainty for third parties. In other words, the boards will need to decide which is worse: applications being refused for the sole reason that a parameter in claim 1 was not provided with enough detail on a measurement method, regardless of the substantive merit; or patents being granted with ambiguous parameters.