The Top 100 Global Innovators: Using patent data to identify the world-leaders in innovation

Patent metrics can tell us much about the health of businesses and how they are planning for the future, writes Bob Stembridge

Intellectual property has an image problem. Somewhere in the process between breakthrough research and the commercialisation of a blockbuster new product, the nuts and bolts of intellectual property have been pushed into the background. When the spotlight shines on new innovations, we are quick to laud the disruptiveness of the technology, the sleekness of the design and the brilliance of the marketing. But what about the reams of patent documents that were filed along the way?

Patents often get dismissed as the realm of back-office bookkeeping, or worse, criticised as an obstacle to innovation when infringement lawsuits are made public. The plain fact is that virtually no breakthrough innovations would be possible today without a robust backbone of intellectual property making it possible for corporations and academic and government institutions to protect those ideas.

That’s why Thomson Reuters created its Top 100 Global Innovators programme. Now in its fifth year, the annual list recognises the most innovative organisations in the world as measured by a series of patent-related metrics. Our methodology is based on four principle criteria: patent approval success rate; global reach of a patent portfolio; influence as measured by patent citations (removing self cites); and overall patent volume.

By analysing corporate patent portfolios in this manner, we are able to identify the sweet spot of innovation where pure R&D meets corporate strategy for protecting intellectual property. Viewed through this lens, patents become a window into the innovation and commercialisation strategies that will shape the global economy in the years to come.

So, what are the patent tea leaves telling us this year?

Asia is home to the largest share of Top 100 Global Innovators for the second straight year, with 44 companies on the 2015 list hailing from the region. Japan is home to 40 of these, with three based in South Korea and one in Taiwan. Asia took the lead among Top 100 Global Innovators for the first time last year, displacing North America, which peaked with the largest number of representatives on the list at 46 in 2013, then fell to 36 in 2014. It has maintained that number in 2015, with one Canadian representative making the list, and the remaining 35 coming from the United States.

European organisations have increased their presence on the list this year, with a total of 20 different companies representing the continent. Gains were seen in France, which contributed 10 companies to this year’s list, up from seven last year. Germany held steady at four, and Switzerland shrank from five to three representatives. One organisation from each of Belgium, the Netherlands and Sweden feature on the 2015 list.

On an industry basis, the largest year-over-year increases in representation on the Top 100 Global Innovators list were seen in the chemicals sector, which contributed 12 companies to the 2015 list, up from just six in 2014. New chemical industry entrants making their Top 100 Global Innovators debut on this year’s list included a trio of Japanese manufacturers: Mitsui Chemicals, Showa Denko and Toray.

The automotive industry is also well-represented, with 10 companies, up from six last year and eight in 2013. First-time auto companies making this year’s cut are Bridgestone, JTEKT, Yazaki and Yamaha Motor – all hailing from Japan – and Johnson Controls from the United States.

Gains in these two sectors were offset by continued declines in the semiconductor industry, which contributed 12 companies to this year’s Top 100 Global Innovators, down from 21 last year and 23 in 2013. This is the smallest representation of semiconductor companies since the list was launched in 2011. Computer hardware companies also fell off in significant numbers, dropping in representation from 13 in 2014 to just six this year.

The other interesting growth trend we’ve seen developing over the past few years is the steadily increasing number of pharmaceutical companies included on the list. This year, a total of seven pharmaceutical companies were included, up from four in 2014. Both Bristol-Myers Squibb (United States) and Bayer (Germany) made this year’s list after being absent since 2011. Boehringer Ingelheim (Germany) joined the list for the first time.

The trend in pharmaceutical representation on the Top 100 Global Innovator list is noteworthy because our selection criteria favours fast-moving, hyper-competitive industries such as semiconductors, electronic components and computer hardware, where product lifecycles are short and advancements in technology are demanded by users. This has historically impacted the inclusion of pharmaceutical firms, which tend to have longer R&D cycles. Despite this, for the third year in a row, a growing number of pharmaceutical companies have been making the Top 100 Global Innovators list.

Patents as a window to the future

As you begin to analyse the numerous trends unfolding in this data set, it becomes crystal clear that intellectual property is much more than a set of rights enabling defensive posturing for the freedom to exclude. Patents are the asset class of the 21st century, with the potential to generate revenue, transform economies and contribute to growth.

By analysing IP trends in the aggregate, we are able to get a sneak peek into how the world’s leading organisations are determining the market potential of their inventions and actively seeking protection for them globally. It’s a fascinating window into the world, one which we believe gives patents their due as an indicator of true innovation. To view the full list of 2015 Thomson Reuters Top 100 Global Innovators, visit: http://stateofinnovation.com 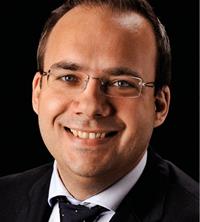