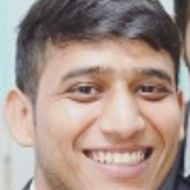 “Not all smart people work for you” said Bill Joy, co-founder of Sun Microsystems. Whether a company is a giant or a start-up, following the ‘just invented here’ R&D model will give competitors the edge over you.

These are turbulent times for businesses. Moore’s Law is running amok, technology is becoming more complex, products and services are growing. However big a business may be, it can be arduous to innovate and create successful products alone.

The telecom R&D battle between Lucent and Cisco is another example. In 1995 AT&T decided to split into three companies – NCR, Lucent and AT&T. Lucent received the manufacturing arm from AT&T, as well as Bell Labs.

Lucent launched many products using the R&D expertise of Bell Labs. Cisco was at a disadvantage as it lacked anything like this innovation hub. Despite this, it put up a tough fight against Lucent, occasionally beating it. How?

While Lucent followed a closed innovation approach, Cisco leveraged tech scouting to look outside itself, forming many partnerships with start-ups and universities, thus competing against one of the finest R&D workforces without doing any in-house R&D.

P&G is another example of leveraging tech scouting. It not only decreased the time it spent on in-house R&D but also saved a big part of its budget in this area by collaborating with a small bakery run by a university professor in Bologna rather than ordering HP to manufacture a printer which could print pop culture images on Pringles.

Organisations around the world today are scouting technologies outside their walls to find solutions to their innovation problems and to create successful products and solutions. P&G, Eli Lilly, Novo Nordisk, BASF and Deutsche Bank are examples of big players that have already established innovation and tech scouting departments.

Pros and cons of in-house and outsourced tech scouting

In general, companies follow one of two approaches for tech scouting – do it in-house or outsource it. Big companies with ample resources can run such functions in-house. Small to medium-sized entities should consider outsourcing.

However, each of these approaches has its drawbacks. For example, running tech scouting in-house can quickly become a time drain. Further, the research team may lack the skills of a seasoned tech scout professional, thus making it more likely that a valuable opportunity might be missed.

On the other hand, in order to outsource the process, it must be assumed that the hired firm understands the company’s business aims inside out. An outsourced firm always remains at a disadvantage because it will never fully understand another company’s goals in the same way that an in-house team would.

A hired tech-scouting firm can supply a highly customised analysis to target pressing problems. However, an in-house team may provide additional insights from the same data because of its good understanding of the organisation, vision and other dynamics.

A seasoned tech scouting firm could unravel tough-to-find insights, while an in-house team could use the same data to decipher additional insights (eg, which scouted solution is a good fit).

Simply put, it is difficult to comment on which approach is better. It is same as weighing the pros and cons of Western versus Eastern philosophy. Both have their place and teach us how to find meaning in our lives and purpose to our paths.

So, which approach should a company follow when both work and have their own pros and cons? Is there a way to get the best of both? Fortunately, there is a way and it is called the Kernel approach.

What is the Kernel approach?

The Kernel approach falls at the intersection between outsourced and in-house tech scouting approaches. Companies get the expertise of an external seasoned tech scout, while in-house teams can offer their understanding of the business, customers and other dynamics. Thus, following this approach eliminates the abovementioned problems.

Benefits of the Kernel approach

Some of the benefits of the approach are as follows.

Increase the chances to make the right decision

For companies with a team of in-house tech scouts, following the Kernel approach could reveal the gaps in the findings. These gaps could become good brainstorming points as they highlight the blind spots. In other words, there would be another chance to make the right decisions.

Decrease the chances of a degree of separation

Even for experienced in-house teams, tech scouting could create a ‘drinking water from a hose’ type of situation. In R&D-intensive industries such as chemical or biotech, where an enormous amount of information is available, a scouting team may not realise how far down the rabbit hole they have gone.

With time, a few degrees of separation could become huge and may later derail a project. A seasoned team of tech scouts could help close this gap using a number of ways such as their past experience in working with multiple domains, their wider external network and proprietary tools.

A way to keep the opportunity costs at bay

An article titled ‘A study shows how to find new ideas inside and outside the company’, published in the Harvard Business Review, suggests that a managerial approach could  solve the problem of opportunity costs of an in-house tech scout team. An in-house tech scout team can produce innovation outcomes for a company. However, this can come at the cost of its productivity. If employees spend too much time scouting, they could do this on the opportunity cost of what they do inside – meetings, emails and discussions with colleagues.

Thus, in a big organisation (eg, the size of IBM), the Kernel approach could do a wonderful job. Key people would devote the majority of their time on internal sources of information to solve innovation challenges. External vendors would play the role of an employee with a good external network. Integrating the two could help innovation while keeping the threat of opportunity cost of the scouting team at bay.

If your aim is to tap the potential of open innovation approach, scouting for ideas outside your company will  play a crucial role. However, this comes with its own set of challenges – one of which is how to make the tech scouting game robust.

Integrating internal with external knowledge in a situation where every individual employee is focused on one source of knowledge only could help to tap the potential of open innovation. The Kernel approach could be a way to reap the best of both.