The viability of trade secret protection in China

Innovation is essential for China’s continued economic growth. Faced with rising labour costs and alarming pollution levels, the Chinese economy can no longer focus solely on ‘Made in China’; it must now strive to ‘Create in China’. This shift is apparent in the latest government directives.

Strong protection of IP rights is crucial for innovation. Trade secrets are the most common and often most critical form of IP right. Although trade secrets have been protected by statute for over two decades and numerous cases on the subject have been heard, questions are still frequently asked regarding the viability of trade secret protection in China. This chapter outlines the framework for trade secret protection in China and its evolution over the past two decades, highlights some of the vexing problems that can arise in this regard and aims to provide tips to enhance the prospects of protection.

Trade secrets were an unknown concept in China until the early 1980s. In the years of the centrally planned economy, enterprises were encouraged to share their know-how. The concept of trade secrets initially became familiar to businesses involved in cross-border transactions and then spread more widely. By 1993, civil trade secret protection was formally enshrined in the Anti-unfair Competition Law. Criminal protection was subsequently added in 1997.

The law defines a ‘trade secret’ as technical or operational information:

The law identifies four different acts that constitute infringements of trade secrets. First, ‘thou shalt not steal’: trade secrets may not be obtained through theft, the promise of gain, coercion or other improper means. Second, one may not disclose, use or allow others to use trade secrets that have been obtained through such acts. Third, honour your obligations: trade secrets under a person’s control must not be disclosed or used – whether by that person or others – in breach of contract or in violation of obligations. Fourth, one may not obtain, use or disclose a trade secret in the knowledge of an association with any of the preceding types of misconduct.

In practice, the proscribed acts correlate to one of three typical scenarios:

The vast majority of trade secret cases involve the last two scenarios and thus, unfortunately, a breach of trust.

Thus far, probably over 1,000 trade secret cases have been heard by the courts, with civil cases concentrated in the developed coastal areas and criminal cases more evenly distributed throughout China. Like all IP cases, trade secret cases have evolved with the development of new legal techniques, procedures, evidentiary rules and methods of adjudication. Compared with other IP cases, however, the fail rate for plaintiffs is high and there are occasional abuses from the perspective of defendants, particularly criminal defendants.

Over the years, through the efforts of the Chinese IP community, parties, courts and professionals, some of the earlier uncertainties associated with trade secret protection have been resolved. However, issues with enforcement remain, for which solutions at times are dependent more on luck than on the rational process of law. There follows a discussion of several issues on which progress has been made, and those for which it is still urgently needed.

Establishing the existence of a trade secret

The requirement to prove that proper measures have been taken to keep the information confidential can be a challenge for plaintiffs which have made less than diligent efforts in this regard. Many cases involve employees, whether current or former. According to the judicial interpretation: “in order to prevent the disclosure of information, reasonable measures have been taken by the right holder which are due under specific circumstances in terms of the commercial value of the information.”

The reasonableness of protective measures has been a hotly contested issue. As case law has developed, this inquiry now generally focuses on two questions:

Proving the reasonableness of protective measures can still be a frustrating experience, particularly when the value of the trade secrets is added to the mix. In evaluating reasonableness, one underemphasised aspect is the need to share information within the context of business operations. Information – including highly valuable information – must often be shared with persons of trust in order to generate a competitive advantage therefrom.

Once the existence of a trade secret has been established, the next step is to prove that infringement has occurred. This is without doubt the most difficult step for the rights holder, as typically it will come to suspect the infringement only once competing products appear on the market and will lack any presentable evidence. It is generally impossible to find direct evidence of infringement, except in those rare cases where it fortuitously falls into the rights holder’s lap.

Some progress has been made in this regard, in the form of a shifted burden of proof. If the rights holder can show that the defendant has information that is substantially similar to its trade secret and had access to its trade secret, then the onus will be on the defendant to prove that it obtained the information from a legitimate source, such as through its own R&D efforts or reverse engineering. In the case of technical trade secrets, an expert appraisal is generally required to prove substantial similarity.

To prove access, the rights holder may present evidence of secrecy agreements and disclosure records. To prove trade secret access by a former employee of the rights holder, job descriptions or access records may be used. This burden shift development has facilitated successful enforcement in some cases. It has proved particularly useful in cases where former employees of the rights holder have moved to a new company which is now selling the suspect products. Some courts have also interpreted the duty of confidentiality very broadly, finding it applicable under contracts, corporate policies and the fiduciary duties of corporate officers.

Despite this progress, however, proving infringement is often still a challenge. In many cases the suspect products do not incorporate the trade secret. For example, if source code is the secret, the product may carry binary code only. In other cases the secret may be a manufacturing process and there may be no evidence of the process used in the suspect products. Where the trade secret is the result of research, it can also be difficult to prove access. Moreover, sophisticated infringers can hide traces of access by avoiding any formal connection with the rights holder – for example, by paying off a former employee of the rights holder without establishing a formal business relationship.

These issues necessitate the further development of legal tools such as the burden-shifting regime, which balance the need to protect trade secrets and freedom to operate without undue risk of litigation. It may thus be helpful to develop approaches that take more factors into consideration in deciding whether to shift the burden of proof in this way. For example, taking into account all circumstantial evidence presented by the plaintiff, if the court is convinced that a probable cause of infringement exists, it could impose limited and targeted discovery on the defendant.

The difficulty of obtaining evidence is an important factor that pushes rights holders towards criminal enforcement: if the case is accepted by the police, the chances of securing evidence of infringement are much greater. However, a key issue in criminal proceedings is that of damages.

The Interpretation of Anti-unfair Competition Law provides that damages may be assessed using the methods set out in the Patent Law – that is:

Although the law sets out numerous methods for calculating damages, statutory damages are the norm in practice; the other methods are not yet well developed. Unfortunately, in criminal trade secret cases, statutory damages are considered inapplicable. Thus, the determination of “significant or particularly significant damages” (ie, losses of Rmb500,000 to Rmb2.5 million) in criminal trade secrets cases becomes highly certain.

If the defendant made profits and kept honest records, the court may determine damages on the basis of the infringer’s gains. However, trade secret infringers are notorious for not keeping good records. Lost profits are difficult to prove because of the unspecified causation requirement. The contribution of the trade secret to the profit is also a vexing issue with no predictable solution – particularly where the trade secret is only part of, or a precursor to, the technology that underpins profit-generating products or services. Reasonable royalties – the method with the best prospect for calculating trade secret infringement damages – frequently meets with the irrational requirement of evidence of an existing prior arm’s-length transaction in which the misappropriated trade secrets were licensed for a fee. The chance of such a licence existing is rare at best. The value of a trade secret is just as hard to prove, because the plaintiff can seldom furnish evidence of the R&D cost of the trade secret at issue; this is not how financial records are organised.

The difficulties in calculating damages are not limited to trade secret cases, and the various causes and potential solutions are beyond the scope of this chapter. However, in criminal trade secret cases, one particular issue is worth examining: whether the law requires an accurate quantification of damages. The plain language of the law would suggest otherwise: it uses terms that are qualitative rather than quantitative (‘significant’ and ‘particularly significant’). It would be improper to read the judicial interpretation of Rmb500,000 to Rmb2.5 million as converting this qualitative requirement into a quantitative one; such a conversion would be beyond the scope of a judicial interpretation. The numbers should rather be understood as providing a reference for the magnitude of damages. Discretion should be afforded in the final determination of ‘significant’ by taking account of calculable damages as well as other factors that can assist in the qualitative determination.

The foregoing discussion provides a general picture of the progress made and challenges remaining for the protection of trade secrets in China. Twenty years is a short period for legal development and there is a growing need for the protection of trade secrets as China steps up its drive to innovation. The Civil Procedure Law 2013 extended the application of preliminary injunctions in trade secret cases. In 2014 China established three specialised IP courts – in Beijing, Shanghai and Guangzhou – which will have jurisdiction over technical trade secret civil cases. The courts are giving careful consideration to issues including damage determination. And the injustice of stealing trade secrets is gaining broad recognition. These positive developments give reasons for hope that new legal tools will be developed to address difficult issues in trade secret protection and improve the viability of protection. 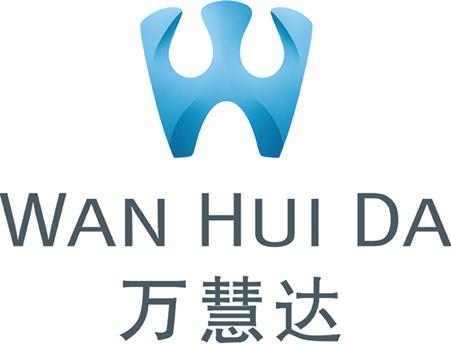 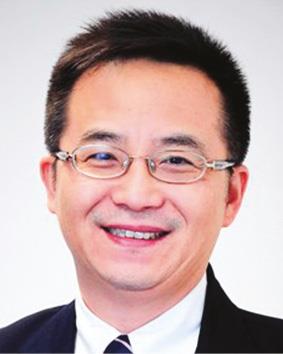 S Sam Li is a senior partner at Wan Hui Da. He leads the firm’s patent and technology practice, which serves clients in patent and technology litigation, patent prosecution, opinion work and strategy. Dr Li has counselled many of the world’s leading companies on their IP needs in China. Prior to his private practice in China, he served as the Asia general counsel for a leading chemical company and practised law in premier US firms. Dr Li received his science degrees in pharmaceutical chemistry and biotechnology and his law degree from the George Washington University Law School. He also clerked at the Maryland Court of Appeals.