The Trademark Modernisation Act 2020 – all you need to know 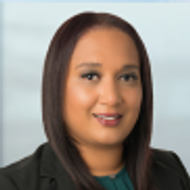 The Trademark Modernisation Act, which came into force at the end of 2020, is the most significant trademark legislation to be passed in decades. While several portions will not be effective until later this year, both trademark practitioners and owners should familiarise themselves with the big changes that will enhance and strengthen trademark rights.

Several key provisions of the act affect both USPTO practice as well as court actions. For example, it establishes two new ex parte procedures before the USPTO that will allow anyone to cancel trademark registrations for non-use of a subject mark. A party can now petition the USPTO to either expunge a registration for a trademark that has never been used in commerce or re-examine any registration on the grounds that the mark was not in use with some of the goods or services listed in the registration as of the claimed date of first use.

These actions – aptly called expungement or re-examination – provide trademark owners with a cheaper and presumably streamlined alternative to a cancellation action before the Trademark Trial and Appeal Board (TTAB). However, expungement is only available after three and before 10 years after the registration date, while re-examination must be sought within the first five years after registration. It is also important for trademark owners to understand that while these proceedings provide an avenue to attack registrations for unused marks, they can make their own registrations vulnerable to cancellation if they include goods or services for which the subject mark is not used. Thus, owners must ensure that the registered mark is either used with all of the goods and services identified in the registration or delete any product or service for which it is no longer used.

Reinstating the presumption of irreparable harm

With regard to court actions, the act clarifies that a nationwide uniform standard of presumption of irreparable harm should be applied in trademark cases. When seeking to enjoin a competitor from using a confusingly similar mark, a trademark owner must establish that it is likely to succeed on the merits of its infringement claim and is likely to suffer irreparable harm without the injunction. There was a longstanding presumption that in trademark infringement cases, a showing of a likelihood of confusion meant that a plaintiff would irreparably suffer injury without injunctive relief.  However, after the US Supreme Court’s decision in eBay Inc v MercExchange (547 US 388 (206)), there was disagreement on whether harm could be presumed.

The act provides a uniform standard and, as a result, a defendant now has the burden of showing a lack of irreparable harm if it continues to use the mark in question, which makes it easier for trademark owners to seek injunctive relief to safeguard their rights.

Third-party submissions of evidence during examination

Another important change relates to letters of protest. For a long time, the USPTO has accepted evidence from third parties during examination that may have bearing on the registrability of a subject mark, with the letter of protest being an informal procedure without a timeline. The act has codified the mechanism and establishes a two-month period, within which the USPTO director must review the evidence submitted with the letter. Further, the basis for filing one has been expanded to allow for the submission of evidence that an applied-for mark is not actually in use with the goods/services included in the application.

Previously, letters of protest were accepted if they related to issues of confusion or descriptiveness, or other limited subjects. Now, interested parties will not have to wait until an application is published to oppose an application if there is reason to believe that the subject mark is not in use with regard to a particular good or service as claimed in an application.

Other notable procedural changes include a flexible office action response period, which can vary from two to six months at the discretion of an examining attorney. The act also establishes a new ground for a TTAB cancellation proceeding, which is effectively the same as an expungement claim that a registered trademark has never been used in commerce.

Although the effect of these changes remains to be seen, the act’s passage appears to be a win for brand owners in the United States.