The Supreme Court has spoken: OEMs and trademark use

China has been the factory of the world for the past few decades. Countless foreign brand owners have taken advantage of the low-cost manufacturing environment and have flocked to the middle kingdom to source their goods – many of them via contract manufacturing with original equipment manufacturers (OEMs) or similar arrangements. Historically, most of these products made in China are destined for export and the brand owners have no plans to make them available in China. Few bother, therefore, to take out trademark registrations to protect their brands in China, which many regard as merely the place of manufacture and not a viable market for their branded goods. The absence of registered trademark protection in China and other factual (eg, former OEMs turned competitors) and legal (eg, lack of clarity in the trademark legislation) reasons have caused something of a perfect storm.

Foreign brand owners that source their goods via OEM arrangements, but have not registered their trademarks in China have been plagued by nightmares. Their troubles take many different forms: multiple containers of branded goods seized by Customs at the Chinese borders; factories of OEMs raided by local bureaux of the Administration for Industry and Commerce and supply chains disrupted; lawsuits for trademark infringement for ‘use’ of an identical mark in China and so on. Whether OEMs making branded products solely for export pursuant to orders from overseas brand owners constitutes trademark infringement in China is an issue that has haunted both foreign brand owners and their OEMs for many years.

The OEM controversy has featured in numerous cases since the first widely reported suit soon after the millennium. In 2002 the Guangdong High People’s Court affirmed a decision in which a garment OEM was found liable for infringing the NIKE trademark, even though its products had been made solely for export to a country in which the buyer held the registered trademark rights for the goods. Since then, the rulings of various Chinese judicial and administrative bodies have been wildly divergent, with little consistency from one geographical area to another or from one trademark enforcement authority to another. For instance, in JOLIDA the Shanghai High People’s Court held that Chinese Customs should not have seized the OEM goods because they had been manufactured solely for export with the authorisation of the holder of the relevant trademark registration in the country of export. Few clear general legal principles could be delineated from the so-called ‘leading’ cases and many of these could be distinguished by their specific factual circumstances.

Views on this subject conflicted because the underlying legislation was susceptible to different legally sound interpretations. Unauthorised ‘use’ of a trademark constitutes an act of infringement in China, as in other countries. However, what constitutes trademark ‘use’ was not defined in the 2001 version of the Trademark Law. The Implementing Regulations for the 2001 Trademark Law provide that ‘use’ of a trademark includes “affixing a trademark to goods, the packaging or containers of goods”. Therefore, affixing trademarks to goods and their packaging is an act of trademark infringement. However, goods produced for export do not enter into Chinese commerce; as such, there can be no use of the trademark at issue. Hence, it is equally sound to conclude that OEM use of a trademark for export only does not amount to infringement.

In 2014, a definition of trademark ‘use’ was added to the Trademark Law. Except for the qualification “for distinguishing the source of goods” added to the end, the current definition of ‘use’ is the same as that found in the former implementing regulations – that is, it includes “affixing a trademark to goods, the packaging or containers of goods … for purpose of distinguishing the source of goods”.

The uncertain legal position of OEM trademark use has caused serious operational and legal headaches for foreign brand owners in China. They have been praying for clarity since the JOLIDA decision was issued in 2009, but their attempts to lobby for a legislative solution during the last amendment of the Trademark Law were unsuccessful. Their prayers have now finally been answered by China’s highest court. In late 2015 the Supreme People’s Court issued a decision confirming that OEM use of a trademark on goods made solely for export is not an act of infringement in China. Specifically, the court held that a Chinese manufacturer that affixes a trademark to a product destined for export should not be considered to be using the trademark for the purposes of the Trademark Law, and thus cannot be held to have committed any act of trademark infringement, because such use does not serve to distinguish the source of the goods manufactured and indeed cannot serve such a function (or cause any confusion) in China as those goods never reach any trade or retail customers in China. The court cited the definition of trademark ‘use’ in the current Trademark Law in support of its conclusion, while noting that the case was governed by pre-2014 law.

The facts in PRETUL are representative of typical OEM arrangements between foreign brand owners and Chinese manufacturers. The defendant was an OEM factory that made locks for a Mexican company which owned the trademark registration for PRETUL in Mexico, the country of export. The owner of the registration for PRETUL for locks in China commenced trademark infringement proceedings against the OEM. Both the Ningbo City Intermediate People’s Court and the Zhejiang Provincial High Court found the OEM liable for trademark infringement. However, the Supreme People’s Court re-tried the case and revoked the decisions of the lower courts.

The PRETUL decision has received mixed reviews so far. On the one hand, it has been welcomed by foreign brand owners and Chinese manufacturers because it provides some clarity as to when an OEM may find support for arguing non-infringement – at least under a ‘pure’ OEM arrangement where:

The decision should thus help foreign brand owners and their Chinese OEMs by reducing the risk of being the targets of infringement actions brought by trademark squatters or other parties. In order to benefit from the protection afforded by PRETUL, proper documentation must be put in place to evidence the particulars of the OEM arrangement.

On the other hand, however, the decision may also make it more difficult for foreign brand owners which have secured trademark registrations for their brands in China to stop shadowy exports of goods bearing their marks if the OEM producing them can prove that there is no infringing use in China according to PRETUL. For instance, the NIKE case might well have a completely different outcome if it were to come before the Supreme People’s Court today. As the PRETUL decision is only a few months old, it is still too early to tell how it will affect the practice of various trademark enforcement authorities in China.

Some commentators have argued that the decision did not focus on the right question or lacked a solid jurisprudential basis, maintaining that the determination of trademark infringement in China should rather be based on how – not where – the allegedly infringing mark has been used. Queries have also been raised as to whether the decision is compliant with the Agreement on Trade-Related Aspects of Intellectual Property Rights. Others contend that PRETUL is just another fact-specific decision driven by socioeconomic and other considerations (eg, stimulating export trade at a time when the Chinese economy is showing clear signs of a slowdown). After all, China is a civil law jurisdiction and decisions are not binding on the lower courts. It thus may not be appropriate to read too much into a precedent-setting decision such as PRETUL, even where it has been issued by the country’s highest court. In fact, even after PRETUL, a provincial high people’s court reportedly found an OEM liable for trademark infringement for failing to exercise due diligence in verifying whether the foreign brand owner had the legal right to use the trademark in the country of export.

Use of a mark in China constitutes trademark use for the purposes of the Trademark Law only if it can serve the essential function of a trademark – that is, as an indicator of source of a product or service in the Chinese market. The PRETUL ruling has ramifications that go beyond the trademark infringement context. Two scenarios are of most practical significance for foreign brand owners:

The judicial reasoning in PRETUL is far from perfect, but by issuing this decision the Supreme People’s Court has advanced the law on trademark use by OEMs in China and eliminated many nasty surprises that have plagued both foreign brand owners and Chinese manufacturers for over a decade. Where that ruling will lead us remains to be seen; but its effects will undoubtedly be far reaching for as long as China remains the world’s manufacturing powerhouse. 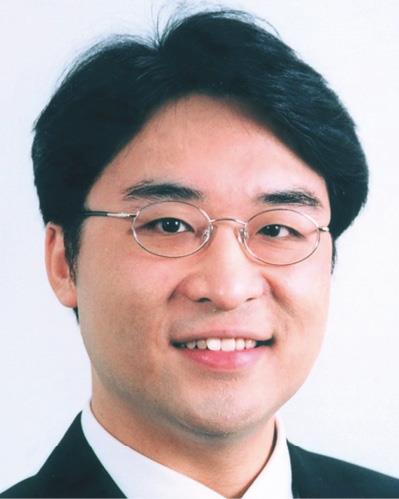 Cedric Lam leads the IP team in Dorsey’s offices in Greater China and co-heads the firm’s operations in Hong Kong. He has more than 20 years’ experience in counselling IP transactions and litigation as well as implementing IP protection strategies. Mr Lam is also experienced in anti-counterfeiting and other IP enforcement matters. He has been peer-rated repeatedly as a leading franchise lawyer and ranked in the IAM Patent 1000. 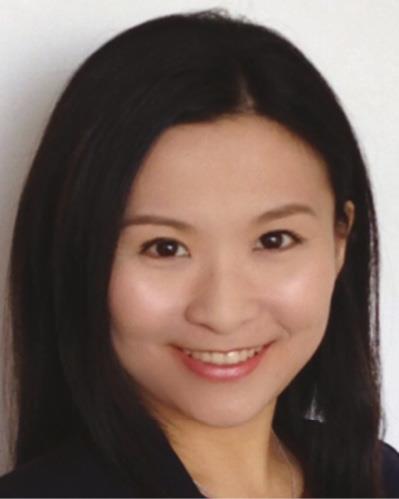 Ivy Tsui is an IP associate in the Hong Kong office of Dorsey & Whitney. She qualified as a lawyer in Ontario, Canada, and is a registered foreign lawyer in Hong Kong. Ms Tsui advises on all aspects of intellectual property, including patent protection and enforcement strategies, licensing and franchising agreements, brand protection and trademark prosecution, domain name disputes, copyright piracy, anti-counterfeiting and other IP litigation matters.