With our annual nomination process now open, IAM is also delighted to announce a new award category commemorating the life and work of Todd Dickinson.

The annual search to identify outstanding individuals to induct into the IP Hall of Fame gets underway today. As always, we need your nominations for the IP Hall of Fame Academy to consider before it makes its selections. Please let us know who you think has made a long-lasting contribution to the IP world by completing our (very short) nomination form before April 14th.

Established in 2006, the IP Hall of Fame honours individuals – living or dead – who have had a major and positive impact on the IP landscape, whether as a corporate executive, dealmaker, lawyer, academic, policy maker, administrator, or in any other capacity. A list of the luminaries who have already been included can be found here.

If you know of somebody who you believe deserves to recognition for their ground-breaking contributions to the IP field, please nominate them here. Self-nominations and those deemed by the IAM editorial team to be for promotional purposes will not be considered.

The three nominees to receive the most Academy votes will be announced in May. We look forward to receiving your nominations.

We are also delighted to announce that 2021 will see the launch of a new annual award. Named after one of IAM’s and the IP Hall of Fame’s greatest supporters, who sadly passed away last year, the Q. Todd Dickinson Editor’s Award will honour one individual each year who has made an outstanding contribution to IP’s development as a business asset.

The recipient of this new award will also be chosen by the IP Hall of Fame Academy, from a shortlist determined by the IAM editorial team. Our first winner will be announced in May. 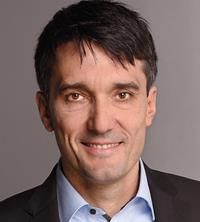