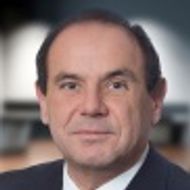 It is an all too common scenario – a patent infringement complaint has been filed and the parties agree to resolve the dispute prior to service of the complaint. Yet they are unable to reach an agreement and the lawsuit moves forward. The next off-ramp settlement on the litigation highway is often thought to be mediation or arbitration. However, these processes are typically not pursued until later in the litigation, after claim construction has occurred and discovery is well underway. All this time the fee meter keeps running. Indeed, a substantial number of cases make it all the way to the proverbial ‘courthouse steps’ before settling.

However, early neutral evaluation (ENE) – a type of alternative dispute resolution (ADR) that does not require waiting until mediation or arbitration – can cut out this problem altogether. ENE is ideally suited where:

ENE is a confidential process in which the court refers the case over to a subject-matter expert (eg, an experienced attorney or a magistrate judge), with specialised expertise not only in patent law but also the specific technology involved in the case, who agrees to provide an unbiased evaluation of the case to the parties. US district courts that have established ENE programmes include California, Texas, Vermont and Colorado. The commencement of ENE is typically routine – the parties stipulate and/or the court refers the case to ENE, an evaluator is assigned and the parties submit confidential statements to them. Thereafter, an evaluator has ample leeway to tailor the process to accommodate the dynamics of the parties and disputed issues. For example, they could offer to share just the evaluation with both parties and then proceed to mediate using this as a starting point. Alternatively, the evaluator may start by mediating the case, withholding the results of the evaluation unless or until the parties reach an impasse. The courts do not require a specific order of events. Overall, what sets ENEs apart from other ADR procedures is the ability to obtain an evaluation of the merits at an early stage in the case.

In the context of patent cases, ENE offers distinct advantages. First, the process is specifically designed for complex matters, such as patents, where the issues often revolve around sophisticated technology and the unique legal and procedural rules for patent cases. Specifically, ENE evaluators are not only determined based on their general experience in patent law, but also in the specific technology at issue. Second, the ENE evaluator has wide latitude to establish an efficient process tailored to that particular case. Third, by selecting the ENE format, the parties can be assured of a neutral evaluation of their respective cases early in the process before there is substantial spend on claim construction and without having to wait for the result of expensive discovery.

The ENE process is not necessarily intended to be a settlement negotiation. For example, the Northern District of California’s ADR Local Rule 5-1 states that “settlement is not the major goal of ENE”. Yet, empirical evidence suggests that ENEs are highly effective in helping parties reach resolution. For example, according to Lex Machina’s statistics on patent cases in the Southern District of California, more than 70% of cases that involved an ENE (successful or not) ultimately resulted in settlement prior to the claim construction hearing. Perhaps in taking the focus off settlement and focusing instead on providing a reality check for clients and lawyers, (a purported goal of ENE), the parties better understand the risks and costs inherent with continued litigation and recognise the value and certainty associated with settlement.

@IAM_Alerts Potentially very big news - the IEEE is reviewing its controversial patent policy, six years after it was changed i… https://t.co/yRnFwbX8Cl Read more

@IAM_Alerts Given new opportunities for monetisation, entities involved in healthcare research must have a strategy for protect… https://t.co/BG93bhHxyU Read more