The rise and rise of IoT patents in India 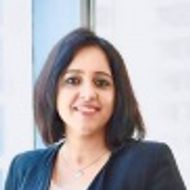 The Internet of Things (IoT) has revolutionised both the consumer and the industrial worlds. More and more businesses are realising the potential of the IoT to enhance efficiency and mitigate risks by connecting devices for real-time information and insights. While there is no single definition of this evolving concept, the IoT broadly refers to a system of interrelated computing devices, mechanical and digital machines provided with unique identifiers and the ability to transfer data over a network without requiring human-to-human or human-to-computer interaction. Although several experts are cautious about describing the IoT as an extension of today’s Internet, its evolving, promising and pragmatic applications are evident in all economic verticals.

With regard to India, IoT patent filings have grown significantly over the last few years. As per a recent study conducted by the National Association of Software and Service Companies, over 5,000 applications in the IoT domain were filed between 2014 and 2019. While more than 80% of these patents can be attributed to Industry 4.0, the majority relate to the healthcare sector. According to available industry statistics, the IoT in India is expected to reach 2 billion connections and yield revenue of up to $11.1 billion over the next two years.

Several factors are propelling this growth, including increasing internet accessibility, falling technology costs and the increasing popularity of devices with sensors. Given the dynamic nature of the space, it is imperative that new inventions keep arriving and being patented. Patenting helps to ascertain the novelty, inventive step and industrial applicability of the underlying invention. As the focus of inventions shifts from hardware to more intangible forms, securing patent rights may get trickier as all inventions in the IoT domain consist of software, which is not patentable per se in India under Section 3(k) of the Patents Act.

Computer-related inventions (CRI) involving software are examined in the light of the Indian Patent Office’s Guidelines for Examination of Computer-Related Inventions. However, as businesses increasingly rely on computational methods of working, the Indian courts have become more dynamic in their views on what qualifies for patentability.

A classic example of this evolving approach is the recent Intellectual Property Appellate Board (IPAB) decision in Ferid Allani v Union of India. While adjudicating a dispute related to the patentability of a CRI, the board relied on the meaning of Section 3(k) of the Patents Act, observing that this bar on patenting is in respect of “computer programs per se” and not all inventions based on computer programs, and that the words “per se” were incorporated in in order to ensure that inventions based on computer programs were not refused patents. While the inclusion of the term has led to confusion regarding the status of patentability of CRIs, it has served an important purpose by removing the blanket exclusion on patenting all CRIs.

Further the IPAB, while allowing the patent application emphasised that the guidelines provide examples that constitute a “technical effect”. These include:

Thus, the board held that a CRI may be patented if it is not a computer program per se and it has a technical effect, as defined in the CRI guidelines.

Another important aspect to IoT inventions is the interoperability of devices, which highlights the use of standardised technologies. However, the patenting of these appears to be anti-competitive and could hamper the growth of the IoT industry as a whole. Thus, standards-setting organisations play a crucial role, by balancing the rights of the patentees and supporting the development of IoT inventions, while declaring such patents to be standard-essential. Thus SEPs are becoming more and more important in the IoT regime and a well-devised legal framework around the objectives of FRAND terms is urgently needed to ensure that a balance can be reached between the rights of patentees and the torch bearers of IoT.

Cost, interoperability, fragmentation of IoT systems, security and privacy are some of the key concerns that should be mitigated to foster innovation and research in the IoT domain.

India is emerging as a new hub for global investments and start-ups. The increasing interest in the Indian economy is further bolstered by several government initiatives including:

Further there are several government initiatives to promote development of new IP rights including a new IP policy to push IP rights as a marketable financial asset. India’s economic optimism can be seen in the World Bank’s global ease of Doing Business rankings 2020, where the country has jumped from to 63rd in 2019 (from 77th in 2018) in the World Bank’s ease of doing business ranking among 190 countries. Growing businesses demand greater protection, and thus, the maximum enforcement of inventor rights will play a crucial role in defining the roadmap of the Indian economy for the near future. A change in the legal framework to support the patentability of CRIs would allow the IoT sector to attract more investments and conquer more ground in the coming years.