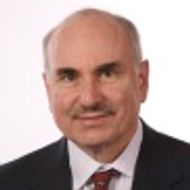 In Isometrics Inc v General Transervice Inc (inter partes review 2019-00801), patent owner General Transervice Inc asserted the re-issued patent US RE46,607 (607 patent) against Isometrics Inc in the Middle District of North Carolina (1:18-cv-00213). The underlying 607 patent “relates to a fuel delivery vehicle equipped with a system for delivering fuel to an aircraft, and a method for delivering fuel to an aircraft”. Of particular interest was Claim 13, which describes a fueling control system that includes a “pressure transducer for sensing back pressure in a fluid path to a fuel tank of an aircraft” and a digital controller “for receiving the back pressure in the fluid path and controlling the rate of fuel flow generated by the pump based on the data representing the back pressure”.

The search focused on Claim 13 and prioritised patent art in the United States, Europe and Japan, along with US non-patent literature. The Japanese patent search uncovered the most promising finding – JP63-075808A, which was published on 6 April 1988. It contained the critical details required. The application was successfully used as an anticipatory (102) reference in the inter partes review petition, which eventually led to the patent owner abandoning Claim 13 in January 2020. This reference was filed by the Japanese company Showa Aircraft Ind, a producer of fuel delivery trucks for the Japanese aircraft market. As the Japanese application lacked an English-language counterpart, an English-language keyword search and a keyword search of machine translated English abstracts failed to uncover it, as evidenced by the previous search efforts. Further, the term ‘back pressure’, which was used in the claim, is not commonly used. Therefore, employing a Japanese language search, which relied on keywords, would not have yielded the key reference either.

A lesson to learn from this is that a diligent search for strong prior art requires a manual review of full text, native language Japanese patents and utility models in key international patent classification classes, carried out by a technical expert fluent in Japanese. Close to 2,000 patent documents were screened in order to identify a key feature described in the text and exhibits, which could not be flagged using keywords.

The cases covered over the past few weeks (see here, here, here and here) illustrate that many attorneys who seek to use the invalidity defence in court or file inter partes reviews are undermined by prior art efforts that fail to identify strong references that cover key features, even though strong prior art exists in widely available sources, such as US patents, non-patent literature and foreign patents. The final result of weak prior art is that the defendant’s arguments are potentially compromised, which increases the probability of an unsuccessful inter partes review and the unnecessary expense of a second or third inter partes review filing. In contrast, attorneys who achieve successful inter partes reviews believe that it is important to get it right the first time. Rather than having a weak hand, they should insist on having a diligent search carried out by a skilled searcher, with whom they have interacted regularly throughout the search process. Other best practices illustrated by the case studies include thinking strategically regarding where, what, and how to search; understanding the implementation distinctions between a patentability and diligent search; integrating non-patent literature into your plan; and deploying a diligent Japanese prior art search as a game changer.