The pros and cons of non-publication requests 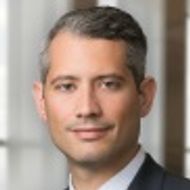 Some patent applicants before the USPTO prefer that their inventions remain private for as long as possible. The USPTO offers an option wherein an applicant can avoid having their application published until it is issued under the condition that it does not file an application with the same subject matter as one filed in another country or under a multilateral international agreement that requires publication. However, filing a patent application with a non-publication request can increase the risk of unintentional abandonment of an application, among other consequences.

What is a non-publication request?

When filing an application with the USPTO, applicants can file a request for the application to not be published until it is allowed (applications are typically published at 18 months from their earliest filing date, under 35 USC §122(b)).

A non-publication request has four requirements under Section 1.213 of Title 37 of the Code of Federal Regulations (CFR):

An application may be abandoned if it is filed outside the United States, unless an applicant, no later than 45 days after the date of the filing, notifies the USPTO pursuant to Section 122 (b)(2)(B)(iii) of Title 35 of the USC.

The potential dangers of non-publication requests

The statue indicates that the patent will be abandoned unless the director is notified within 45 days of the filing of the foreign application (see 35 USC §122 (b)(2)(B)(iii)). It would appear that the intent of the statute is satisfied because the application has published in the form of the issued patent. It would seem logical then that there is no need to withdraw the nonpublication request since the patent has issued.  Unfortunately, the statue does not provide any exception for issued patents.

This scenario is similar to scenario one in that the intent of the law is at least partially satisfied. The subject matter of the application has been published in the form of US1. However, there is still a non-publication request for US2 and the subject matter of US2 is filed outside of the United States. Accordingly, US2 will be abandoned.

However, while this scenario deals with mistakes, the rules have a potential consequence. Under Section 1.213(3) of Title 37 of the CFR, the applicant and their representatives are required to make a certification that the invention disclosed in the application has not been and will not be the subject of an application filed in another country. They are required to sign the certification and should verify that their certifications are proper to face the possibility of making a false statement in violation of Section 11.18(b) of Title 37 of the CFR. According to Chapter 1100, Section 1122 II of the Manual of Patent Examining Procedure (MPEP), under ‘III. Inappropriate Non-Publication Request’:

“While applicants should rescind any improper nonpublication request as soon as possible, 35 USC 122(b)(2)(B)(i)-(iv) does not include any provision for "correction" of an improper certification. Any applicant or applicant’s representative who makes a false statement (eg, an improper certification) may be in violation of 37 CFR 11.18(b). In addition, false statements by registered patent practitioners may also violate other disciplinary rules (see 37 CFR Part 11).”

Scenario 4
Application 1 was filed internationally. Application 2 was filed in the United States with a non-publication request. They have overlapping portions but do not claim priority to each other.

The scenario turns to the meaning of invention and application. Here, these terms refer to the subject matter of the applications. An applicant must then ask themselves whether Application 2 discloses the subject matter that is in Application 1. The statue is not tied to any priority relationship. Consider how a non-publication request can ever be filed for cases that include related subject matter, but separate novelties. What if the applications share a common boilerplate? Under Section 122(b)(2)(B)(v) of Title 35 of the United States Code Annotated, applicants are required to submit a request to redact portions of specifications.

No. An applicant must have affirmative intent to not file outside the United States. This intent, at the time of the request for non-publication, is that the application will not be the subject of a foreign or international application filed in another country, or under a multilateral international agreement, that requires publication of applications at 18 months after filing. See Chapter 1122 of MPEP.

Filing patent applications with non-publication requests can have advantages, but applicants must be aware of the possibility of severe penalties. When considering the risks and rewards of filing this kind of application, it is crucial to understand that it is easy to make mistakes in some scenarios and that applicants will likely be unaware of whether they have done so, as the USPTO has no mechanism for alerting them to improper foreign filing of an application having a non-publication request. Accordingly, the first that an applicant might learn of their application’s abandonment may be during licensing or assertion when diligence or invalidity analysis is performed.