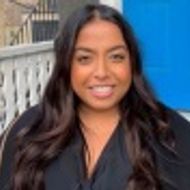 Intellectual property is a corner stone in the long-term strategy of many companies, this is especially true for those in the life sciences space. Covid-19 was a hammer blow to the global economy and many life sciences firms were forced to reconsider their strategies, including with regard to acquisitions, research and development, and intellectual property. In 2019, biotechnology and pharmaceutical companies spent $306 billion on IP-related activities,  compared to only $140 billion in 2020,  a 54% decrease (Lexology). Although this slump might be alarming to some, with last year’s losses creating over $1.4 trillion in excess funds, 2021 is set to be a memorable year for intellectual property as the life sciences sector recovers.

One way for life sciences companies to rebound is by outsourcing patent activities. Patent strategy in this area is influenced by unique legal and economic circumstances (discussed below) that make partnering with AI-driven connected innovation intelligence companies a less risky, more efficient way to approach patent research and innovation in general.

This article examines two of the major challenges in life sciences patent strategy – patentability and patent cliffs – and how outsourcing can help address both.

In the life sciences sector, intellectual property is central to the development and commercialisation of innovations. For an idea to be patentable, it must be novel, non-obvious, and useful; all of which are evaluated on a case-by-case basis in territorial patent offices. In life sciences, this could mean a unique use for a particular nucleotide, protein sequence, or a new laboratory method for an age-old scientific technique (Molecular Biotechnology). The patent system facilitates economic growth by allowing industries to license new technologies, which are then used to fuel further innovation. Oncology, cell and gene therapies, and rare diseases are key areas in 2021, which are shaping venture capital activity in the life sciences. Vital to these areas are monoclonal antibodies (mAb) and recombinant DNA technologies, as these possess the most potential for preventive and curative solutions. Monoclonal antibodies are laboratory-made proteins that mimic the immune system’s ability to fight off harmful pathogens. They are crucial to certain cancer or autoimmune drugs (such as rituximab), and can be used in treatment of SARS-CoV-2 (bamlanivimab) (FDA). Transgenic mice are often used as vessels for the transport and testing of mAbs and are at the centre of many patent litigation cases, such as Harvard College v Canada, discussed below. Another common patentable technique is recombinant DNA sequences (rDNA); a method that involves molecules of DNA from two different species that are used to produce novel genetic combinations. While living organisms are unpatentable, recombinant DNA promises to be completely ‘man made’ through methods of laboratory genetic engineering.

Cutting-edge treatments resulting from research on monoclonal antibodies and rDNA are usually the result of enormous investment and should be protected as intellectual property to ensure both that successful efforts are rewarded and that further research can be funded. However, there are caveats and special considerations when patenting technologies in the life sciences. The case of Harvard College v Canada concerned the patentability of higher life forms, specifically the Harvard oncomouse, a transgenic mouse that promoted a cancer gene. The primary issue in the case was the patenting of the “founder” mouse, which was considered a higher life form and not a patentable subject in Canada. Ultimately, the case was ruled in favour of the patent holder after an amendment which omitted the concept that higher life forms cannot be “manufactured” or be a “composition of matter”. This case teaches that transgenic animals are exclusively a vessel for new innovations and cannot be treated as one entity.

Another relevant case was Molecular Pathology v Myriad Genetics, whereby linkage analysis correlated BRCA1 and BRCA2 to an increased risk of breast and ovarian cancer. To further test this hypothesis, Myriad’s scientists performed a process isolating the genes to determine specific chromosomal mutations that infer risk. The isolation process was deemed unpatentable as entire genes cannot be protected exclusively based on isolation from the human body. This case highlights the difficulties of protecting life sciences inventions, both because of special patentability rules, as well as regulatory differences between countries.

As these two cases illustrate, patentability is a complex and nuanced issue – especially in the life sciences sector. However, many of the issues that researchers and innovators face can be overcome by using third-party providers, which offer users access to billions of global data points including gene sequence and chemical search tools that can be connected and analysed in a way that makes sense.

The economic challenge of patent cliffs

Patent cliffs are  a phenomenon wherein patents representing significant sales revenue are set to expire at the same time, allowing competition to enter and drive down the price (Springerplus). The patent cliff is particularly noticeable when it involves blockbuster products (ie, those which exceed $1 billion in sales annually), where competitors can use the patent’s expiry to move into the market and take and the company’s market share for that indication. With the innovator company guaranteed to lose substantial market share between 10 and 12 years after every market entry, the patent cliff can in some cases mean over $100 billion in sales erosion. As a result of long research and development timelines and high start-up costs in a highly regulated industry, patent cliffs area looming threat for large biotechnology and pharmaceutical companies.

Conversely, the patent cliff presents an opportunity for small and medium sized businesses and generic manufacturers to enter the market, creating competition. For these companies, strategic filing of patents based on accurate patent cliff prediction can mean success.

To mitigate the challenge of patent cliffs, special rules allow for an extension of IP rights. Supplementary protection certificates (SPC) in the European Union and patent term extensions (PTE) in the United States both grant extensions of up to five years. Both SPCs and PTEs extend patent terms to compensate for the regulatory approval delay involved in market authorisation and patent prosecution. The types of inventions for which these special circumstances apply are generally biologically active agents or human medicaments, which require lengthy clinical trials. SPC and PTE extensions allow for prolonged exclusivity and reward innovators that have endured long regulatory hurdles.

How outsourcing can help

Engaging with outsourcing companies empowers users to address the complex challenges of the life sciences industry. Such companies have access to extensive life sciences and business data (eg, biological sequences in major jurisdictions that offer SPC or PTE extensions), as well as to the specialised subject matter experts who can make effective use of that data.

Patentability and patent cliffs will continue to present unique challenges for life sciences professionals. Fortunately, many of those complex issues can be mitigated and overcome by outsourcing patent research and analysis.