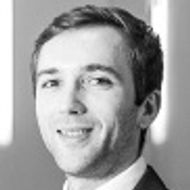 It is possible to protect the appearance of products throughout the European Union using registered and unregistered Community designs. In order for these to be valid, the design for which protection is sought must be sufficiently different from designs that are already publicly known.

The first step in this assessment is to determine whether the design is identical to any pre-existing one (ie, the novelty requirement). For Community designs, the two are considered identical if their features differ in immaterial details only.

The assessment of immaterial details is also relevant when considering whether an earlier design application in another jurisdiction is a valid basis for a priority claim for a registered Community design. For the priority claim to be valid, the designs may “differ only in details that can be qualified as ‘immaterial’”.

But what does the EUIPO consider to be ‘immaterial details’? An early decision of the Boards of Appeal considered a registration for a coffee maker. An earlier design that was deemed to be relevant was registered as a European trademark. 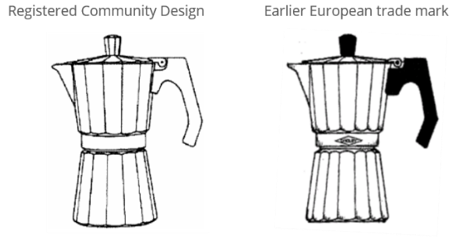 The board concluded that the differences in the colour of the handle and the knob on the lid as well as the inscribed logo were immaterial and thus it was decided that these designs were identical.

This case was used to explain the meaning of the term ‘immaterial details’ in the EUIPO Guidelines on Examination of Design Invalidity Applications up until 2017. The earlier European trademark has since been replaced in the guidelines by the following invented example of an earlier design, where the only difference that remains is the presence of a logo. This suggests a lack of conviction from the EUIPO that the combination of colour on the handle and knob, along with the presence of a logo would still be considered to be ‘immaterial details’ if this case were considered today. 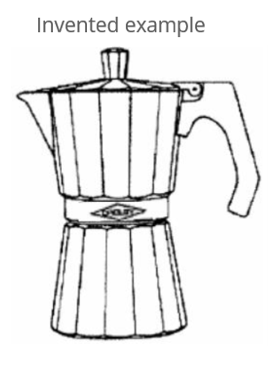 A later decision considering ceramic tiles demonstrates the current approach that the Boards of Appeal use.

In this case, the design holder asserted that the differences between the registered Community design and the earlier design included:

The board considered these differences to be immaterial, since these are “differences which do not matter”. In particular, they are “hardly perceivable when the two registered designs are viewed side by side. In order to detect them, one would have to compare the two designs very closely”. The board therefore decided that the design was invalid for being identical to the earlier design.

In situations where the differences are considered to be more than immaterial, it must also be assessed whether the two designs produce a different overall impression on the informed user (the individual character requirement). The assessment of ‘immaterial details’ has been bypassed when it can be concluded that the registered design does not fulfil this requirement relative to previously existing designs.

The EUIPO’s approach to immaterial details dictates when the assessment of individual character is required. It also dictates the degree to which a design can be altered and still be considered the same design for priority purposes. The current approach of the EUIPO demonstrates that designs can be considered identical despite the presence of differences. However, these differences should be hardly perceivable even when the designs are viewed side by side.