Taking a ride on the Birthday Train

The European Union has passed numerous directives to harmonise copyright law. In May 2001, after years of drafting and redrafting, it adopted the EU Copyright Directive (29/2001/EC). The directive sought to harmonise EU copyright law in preparation for ratification of the World Intellectual Property Organisation Copyright Treaty.

However, in 2001 YouTube and Facebook did not feature significantly in copyright law considerations. Although the directive should have adapted copyright law for the information age, many believe that the directive now restricts international cultural exchange. Copyright regulations which are technically obsolete and which vary from country to country can become significant obstacles to everyday actions on the Internet.

Other IP rights (eg, trademarks and designs) have been successfully harmonised for many years and certain minimum standards regarding these rights must be met in all member states. It follows that copyright law too should be further harmonised and that uniform preconditions and standards for copyright should become applicable across the European Union.

Regarding the level of originality or artistic creativity required to protect works of applied art under copyright law, the relationship between EU/national design law and national copyright law is governed by the individual laws of each member state. In other words, national laws (and the courts that interpret and apply them) determine whether works of applied art can be protected by copyright and the standard of originality.

In its Birthday Train decision (November 13 2013, I ZR 143/12), the German Federal Supreme Court overturned the previous jurisprudence regarding the protection requirements for industrial designs under German copyright law. Thanks to this decision, the creator of an industrial design is considerably less dependent on design rights for the enforcement of cease and desist actions and claims for damages or appropriate compensation. The decision has increased the significance of copyright law regarding works of applied art. However, whether this development is in the interests of the EU IP regime will depend on the creation of a fully harmonised EU copyright law.

German copyright law differentiates between fine art and applied art: works of fine art (eg, paintings and sculptures) are purposeless, while works of applied art serve a certain purpose (ie, they have use). Examples of applied art might include lamps, furniture, jewellery, industrial designs, advertising graphics and logos.

Under the Federal Supreme Court’s previous jurisprudence, which had been applied for many decades, a work of applied art enjoyed copyright protection only if its “degree of creative individuality considerably exceed[ed]” those of comparable products and if it did not merely demonstrate the “average skills” of a designer. Only if the designer’s performance was prominent and the skills demonstrated did not correspond to those of an average designer could the work be protected by copyright law. The previous jurisprudence was predicated on the argument that copyright protection for simple works of applied art was unnecessary; the creator could file a design application, which offered a “protective right of the same kind”.

These strict requirements were increasingly criticised over recent years – in particular, after the 2004 reform of the Law on Protection of Designs (now the Design Act).

Further, the Copyright Act was amended so that a work of applied art could be protected as a design if it was “new” and had “individual character” as defined by the design law. These amendments raised concerns about the supposed overlap between copyright and design rights emphasised by the previous jurisprudence. 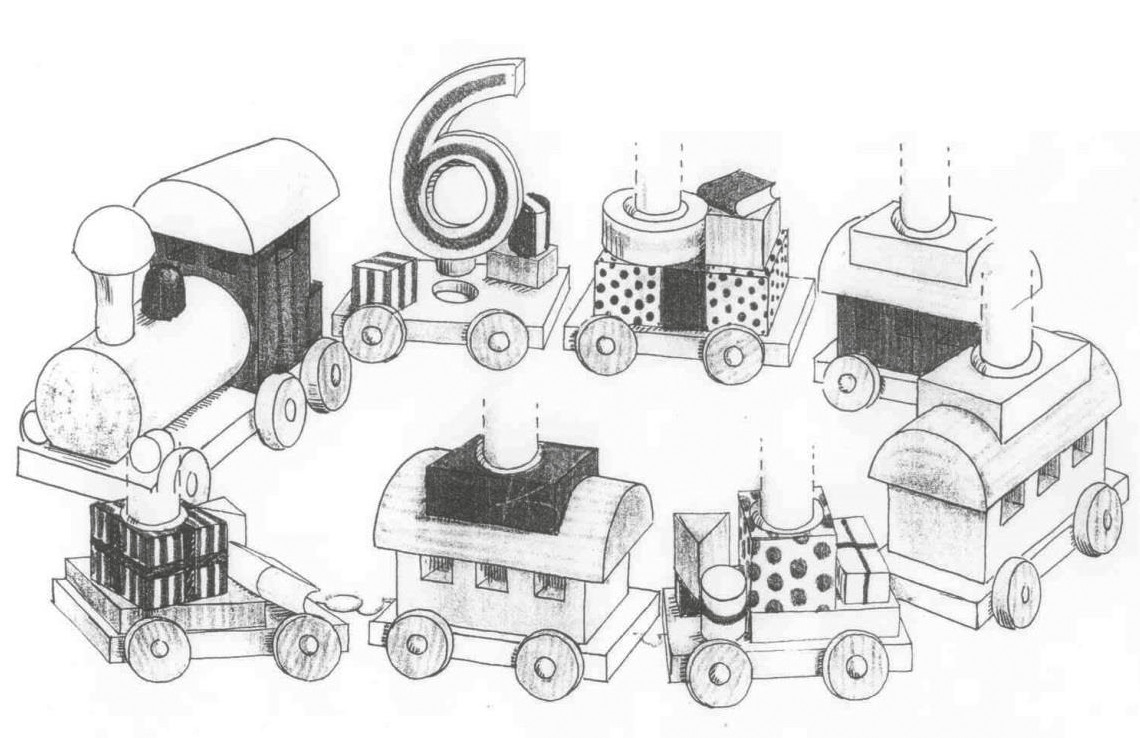 The plaintiff believed that her designs were works protected by copyright law and that the agreed remuneration was too low in view of the popularity of the articles.

Therefore, the plaintiff claimed that the defendant should pay further appropriate remuneration under copyright law. She filed a claim to order the defendant to:

The plaintiff pursued her claims on appeal. Ultimately, the Federal Supreme Court largely admitted the appeal and awarded copyright protection to the Birthday Train.

Regarding the question of whether the Birthday Train was protected as a technical drawing, the Federal Supreme Court confirmed the negative decisions of the lower courts (ie, that in the case of technical drawings, Sections 2 and 2.I(7) of the Copyright Act provide protection solely against exploitation of the depiction and not against exploitation of the depicted article).

However, the Federal Supreme Court overturned the second-instance court’s rejection of the claim on the grounds that the designs were not protected as works of applied art as defined by the Copyright Act.

In its decision, the court argued that the plaintiff’s designs were intended for use and therefore had to be categorised as examples of applied art, not fine art. It agreed with the second-instance court’s ruling that, according to established jurisprudence, works of applied art must meet higher originality requirements compared to works of fine art.

However, it supported the plaintiff’s claim that the second-instance court had wrongly deferred making an overdue and necessary amendment to the jurisprudence.

The Federal Supreme Court pointed out that under its previous jurisprudence, works of applied art – which may also be protected by registered designs – must significantly exceed the average standard of originality in order to be eligible for copyright protection. These different standards had previously been justifiable because copyright and registered design rights were essentially identical. Since a design which was eligible for design protection already had to fulfil a higher level of originality than the unregistered average design, a higher threshold was imposed for copyright protection.

However, the court stated that it no longer adheres to the precondition that works of applied art which are eligible for design protection require a significantly higher than average level of originality. Basically, the requirements for obtaining copyright protection for works of applied art should equate to those for works of fine art or literary and musical works. It is therefore sufficient to achieve such a level of originality which would lead to recognition as an artistic achievement according to the perception of persons sensitive to art and familiar with the concepts of art.

Lastly, the court declared that design protection and copyright protection are not mutually exclusive, but in fact coexist. They have not only different scopes of protection, but also different protection requirements and legal consequences.

However, the court noted that, due to the considerable length of copyright protection terms (according to Article 64 of the Copyright Law, copyright expires 70 years after the creator’s death), it remains necessary to require a level of originality that is not too low.

Lowering the originality standards for the protection of applied art entails an expansion of this protection for designers in the fields of industrial and product design, graphics, communications and web design.

This has led to considerable concern that now every banal achievement – including simple website design and the creation of simple functional text – might enjoy copyright protection. This could result in a further monopolisation of knowledge and design elements, making creative work that makes use of cultural heritage more difficult, insofar as even everyday articles may be protected from infringement.

Problematic issues include the following:

However, it is possible that the copyright protection for applied art resulting from the Birthday Train decision may exhibit a narrow scope of protection, so that minor deviations from the copyrighted work may suffice to obviate cease and desist claims or claims for damages, and the actual protection against imitation in the particular (infringement) case may be low.

Notwithstanding this possibility, the Federal Supreme Court decision has resulted in potential problems and may require further amendments to the legislation – above all, regarding the relationship between the designer and its (lawful) contractual partners and exploiters (although it has most likely improved the designer’s position against imitators).

The above decision shows that further harmonisation of EU copyright law is urgently required. The national courts need new guidelines on how to apply a harmonised copyright law in order to avoid the emergence of different standards in each member state. For industry and artists, the present situation is no longer acceptable and the above decision shows that even the highest national courts struggle to balance national laws and EU laws.

On July 9 2015 the first step into the right direction was made as the European Parliament submitted a first proposal on the revision of the EU Copyright Directive. The European Parliament has requested measures in order to guarantee fair and adequate remuneration for all rights holders, including in the context of digital distribution of their works, and requested an improved contractual position for creators and performers in relation to other rights holders and mediators. These claims may accord with the decision in Birthday Train. The European Commission will most likely submit a proposal by the end of 2015 for the modernisation of EU copyright law, in order to adapt the regulations to the digital age. 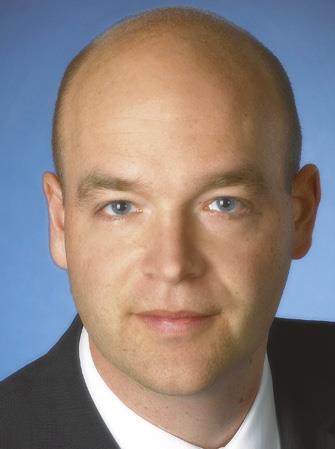 Dr Thomas studied law at Ludwig-Maximilians-University and joined the Bar in 2005. He received his PhD from the University of Salzburg in 2009.

He previously worked for a law firm in Australia, and frequently lectures and writes on IP-related matters. He represents clients before the German civil courts, the German Patent and Trademark Office, the Office for Harmonisation in the Internal Market, the German Federal Patent Court, the General Court and the European Court of Justice.