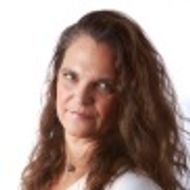 In many jurisdictions, the statutory term for patent protection can be extended under certain circumstances in order to compensate for time lost due to long prosecution proceedings or various approval and regulation processes prior to marketing. Patent-term extension is generally granted to patents in the medical (ie, pharmaceutical and medical devices), food and agriculture sectors.

In Israel, it is possible to extend the patent term for pharmaceutical products and medical equipment under Article 64(d) to the Israeli Patents Law 1967. Article 64(d) allows the registrar to extend protection for up to five years, in addition to the statutory 20 years for Israeli patents. Article 64(d) provides the requirements under which an extension can be granted.

Extensions are available only for a basic patent that claims protection for:

The broad definition of ‘basic patent’ allows for many patents to qualify for an extension. However, only one basic patent can be extended for each product. This means that if a product has more than one element protected by a basic patent, only one term extension is available.

Article 64(d) provides that it is possible to obtain an extension if a pharmaceutical compound is registered as a patent in other jurisdictions and the patent of reference was also extended in the United States and other recognised countries (eg, Italy, the United Kingdom, Germany, Spain and France). A ‘patent of reference’ is defined as a patent that protects the pharmaceutical product or medical device claimed in a basic patent in Israel. Extension is available only if this patent has been extended in at least one of these countries. When relying on extensions granted in other jurisdictions, the overall protection period (including the extension) must end no later than 14 years from the earliest date in which regulatory approval was obtained in any of the recognised countries. The period of extension is equal to the shortest period of extension granted to a reference patent in any of these jurisdictions. Regardless, patent-term extension must end no later than the first expiry date of an extension granted in any reference patent in any of the recognised countries.

Another requirement for extension is that the marketing approval process is “the first regulatory approval permitting use of the compound in Israel for pharmaceutical purposes”. In a recent Israeli Supreme Court decision (DCA 15989-07-18 Takeda Pharmaceutical Company Limited v Manufacturers Association of Israel), the Manufacturers Association of Israel petitioned to shorten the extension term of an Israeli patent, which had been granted based on an extension to the reference patent in the United States, even though the extension order had already been granted in Israel for a similar compound. The registrar accepted the association's position, but the district court reversed its decision. The Supreme Court later accepted the association's appeal and ruled to shorten the extension. The underlying legal issue in this case was the first marketing approval with regard to a pharmaceutical product. The Supreme Court ruled that the marketing approval of a pharmaceutical product should be considered as the first one with regard to a pharmaceutical product containing similar compounds (classified as racemic mixture and racemic compound), because the molecular structure of the active ingredient remains the same. This means that the active ingredient identity was the same and therefore the first marketing approval requirement had not been met.