On 16 January 2020 Taiwan’s Supreme Court reversed and remanded a trademark case back to the IP Court, finding that the distribution of parallel imported goods acknowledged by a foreign trademark owner was covered under the principle of exhaustion even where the authorised Taiwan trademark owner opposed this (Civil Judgment 108 Tai-Shang-Tzu No 397).

The case concerned cosmetic products supplied by the US company Philip B, which authorised the Taiwan company Ohwin to file an application to register the PHILIP B mark and to be named as the trademark owner in Taiwan and gave Ohwin the exclusive right to distribute PHILIP B-branded products there. 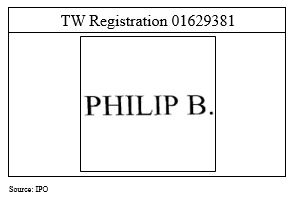 Subsequently, another Taiwanese company – Jeela’s – purchased products from Philip B’s official website for resale and used the PHILIP B mark to promote the goods on its website, Facebook platform and on PChome.

Ohwin claimed trademark infringement and demanded that Jeela’s withdraw this mark from these webpages; Jeela’s responded that PHILIP B had exhausted its trademark rights when it first sold these products to the company.

With regard to the principle of exhaustion, Article 36(ii) of the Trademark Act stipulates that:

“where goods have been placed for sale in the domestic or a foreign market under a registered trademark by the proprietor or with the proprietor’s consent, the proprietor is not entitled to assert trademark rights with respect to such goods, unless such assertion is made for the purpose of preventing the condition of the goods from being changed or impaired after they have been put on the market or there exist other legitimate reasons.”

However, the Supreme Court overruled the existing cases in January 2020, indicating that:

“…after deep diving into its origin, the concept of international exhaustion refers to goods that the trademark owner consents to be distributed on the market, whether the first distribution takes place in the domestic or a foreign market, loses its right to claim trademark protection. The law has explicitly acknowledged the legitimacy of parallel importation. Where a trademark owner uses or authorizes a third party to register a trademark in multiple countries and each trademark constitutes a separate protected subject, given that these trademarks all look the same, and the exclusive right derives from the same person in essence, the authorized third party should exhaust his rights [against the parallel importer] if there is any licensing or similar relationship between him and the original trademark owner.”

Allegedly, the Supreme Court rejected the previous opinion and broadened the principle of exhaustion by recognising that there are sufficient interest in the practice of parallel imports that go against this principle.

The case is now pending before the high court. For a company that would like to introduce another party’s brand into Taiwan by registering a trademark for the brand and launching its business in Taiwan, prudent due diligence and commercial agreements are crucial. If a company wishes to make parallel imports into Taiwan, the principle of exhaustion cannot be relied on. An analysis of the case and the business plan is of utmost importance before investing.