Tail-end countries are ripe for untapped market opportunities – is your company protecting inventions there? 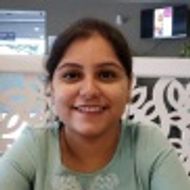 If you were to ask anybody who has thought about filing a patent application for their invention in which jurisdiction they would want to protect it besides their native country, their answer would most likely be the United States or China. Statistically, these two countries are the top markets for almost all sectors, from emerging technologies such as blockchain and the Internet of Things to eye-catching domains such as fintech and packaging.

Analysis over the last decade shows that approximately 70% of blockchain patents and 50% of fintech patents were filed in the United States and China. Thus, it seems that most in-house patent counsels and patent attorneys look to these nations when filing patents. If we include other major jurisdictions with considerable filing activity (ie, Europe, Japan and Korea, as well as patents filed via the Patent Cooperation Treaty) in these domains, the numbers show that 80% of fintech patents and 50% of packaging patents were filed in these jurisdictions – a significant proportion of the worldwide total.

However, recent analysis has revealed a trend: certain apparently lesser-known countries are appearing in studies of patent filing in fintech and packaging. They should be considered by in-house patent counsels and patent attorneys for protecting inventions. Not considering these jurisdictions means risking the loss of a potential market share and growth opportunities that are waiting to be tapped.

For example, there has been a surge in patent filing in the Philippines in a number of sectors over recent years. In particular, the packaging sector saw a radical shift in patent filing in 2014 – the number of patents filed grew by five times (from roughly 20 to 100). One major reason for this is the impact of the rapidly growing food and beverage industry there, which is indirectly affecting the growth of IP protection for related packaging inventions. According to Your IP Insider, the consumers there are becoming more influenced by the way that products look.

These market factors have provoked several big shots such as Nestle, Proctor & Gamble, Colgate-Palmolive and Mondelez International to protect their packaging inventions in the Philippines, with a growth in filing actions since 2013. Further, foreign companies such as Omya, which operates with a packaging vertical, has been filing many patents in Philippines in recent years. Its consistency in filing in this sector shows the company’s growing interest in this country. Even universities in the Philippines are actively researching packaging.

With regard to fintech, although the number of patents filed is still low there, it has witnessed increased patent protection since 2013. Notably, players such as nChain Holdings and Alibaba are aware of the potential there and began filing patents in 2018.

Hong Kong, a world financial centre, has shown an increasing trend in patent filing from 2012 in both packaging and fintech. This can be attributed to the annual Business of IP Asia Forum, which was initiated in 2011.

Besides this, there are a few Chinese initiatives that are fuelling innovation, namely the Greater Bay Area development and the Belt and Road initiative. These will provide Hong Kong with major opportunities to serve as an IP trading hub.

One such initiative is Cyberport, the fintech hub of Hong Kong, which has garnered more than 300 start-ups and companies to nurture selected ventures with financial assistance. Alibaba has found the market attractive and has increased filing in Hong Kong in recent years. Other major companies involved include financial services providers such as MasterCard, HSBC, VISA, Square and Tencent Tech Shenzen, as well as Microsoft and Nokia.

Further, Apple has recently won multiple design patents in the region. PatentlyApple shows a glimpse of the same. This showcases the way that Hong Kong is being considered by the biggest companies.

Singapore has seen an increase in fintech patents from 2013 to 2017. The major reason for this is a series of steps taken by the Monetary Authority of Singapore, including:

Moreover, in 2018, the FinTech Fast Track initiative was launched by the government to expedite the application-to-grant process to as little as six months.

Major players in the market (eg, MasterCard International, Alibaba, Nchain Holdings Ltd and Visa International) have already started filing patents in Singapore and showed increased activity from 2015 to 2017. Companies such as Hitachi, Amazon and American Express have also considered Singapore as an attractive fintech market and own several patents there.

Other tail-end countries, including Vietnam and Indonesia, have seen decent increases in patent filing for fintech over the recent years, along with government support. Interestingly, big players like Hitachi, MasterCard International, Samsung and Sony have already started filing in these countries.

With regard to the packaging industry, Croatia has demonstrated an increasing patent filing trend ahead of 2014. In addition, the European Union has launched a Smart Specialisation strategy to focus on supporting R&D projects.

Looking at these statistics and the considerable number of initiatives in these regions, it is clear that several tail-end countries hold a lot of untapped potential and market opportunities. They should definitely be considered as candidates for protecting any innovation.