At the end of April, King Carl XVI Gustav and Queen Silvia visited Japan to celebrate 150 years of diplomatic relationships between the nations. The anniversary also celebrated the strong industrial collaboration between the countries; today, there are around 1,500 companies related to Sweden active in business with or in Japan.

The number of patent applications filed by Swedish companies in Japan has remained relatively constant in recent years. The top three filers are Ericsson, Autoliv and Volvo Trucks, with companies such as Axis, Alfa Laval and SCA among the top 10.

Japan is regarded by Swedish companies as a highly innovative country and an important market. However, obtaining patent protection in Japan is often costly and difficult, often due to translation requirements. Nevertheless, recent statistics from the Japan Patent Office (JPO) (compiled by Shiga International Patent Office, Tokyo) show that the number of patents granted has increased rapidly since 2010 – from around 50% to around 70% – while the period from request to examination has also reduced from almost two-and-a-half years to approximately 10 months. As for appeals, the success rate is astoundingly high, at around 80%. Further, the invalidation rate has dropped from around 45% to around 20% (ie, once a patent is granted it seems difficult to invalidate it).

This is believed to be a deliberate strategy by the Japanese authorities to attract more companies to conduct business in Japan. With strong competition against other Asian markets, such as China and South Korea, Japan is showing a more lenient attitude towards patent applicants and the inventions they want to protect. According to Japanese patent attorneys, the main difference is in the approach to the assessment of inventive step, which makes it easier for applicants to argue in favour of their inventions.

From a Swedish perspective, this means that Japan – with more than 127 million inhabitants and being the world’s third-largest economy, as well as the fourth biggest importer – should be interesting from a patent perspective, especially considering the JPO’s recent relaxed attitude.

Europe, Sweden
Back to reports 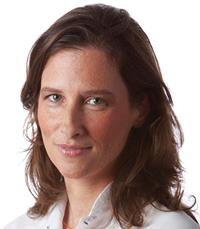