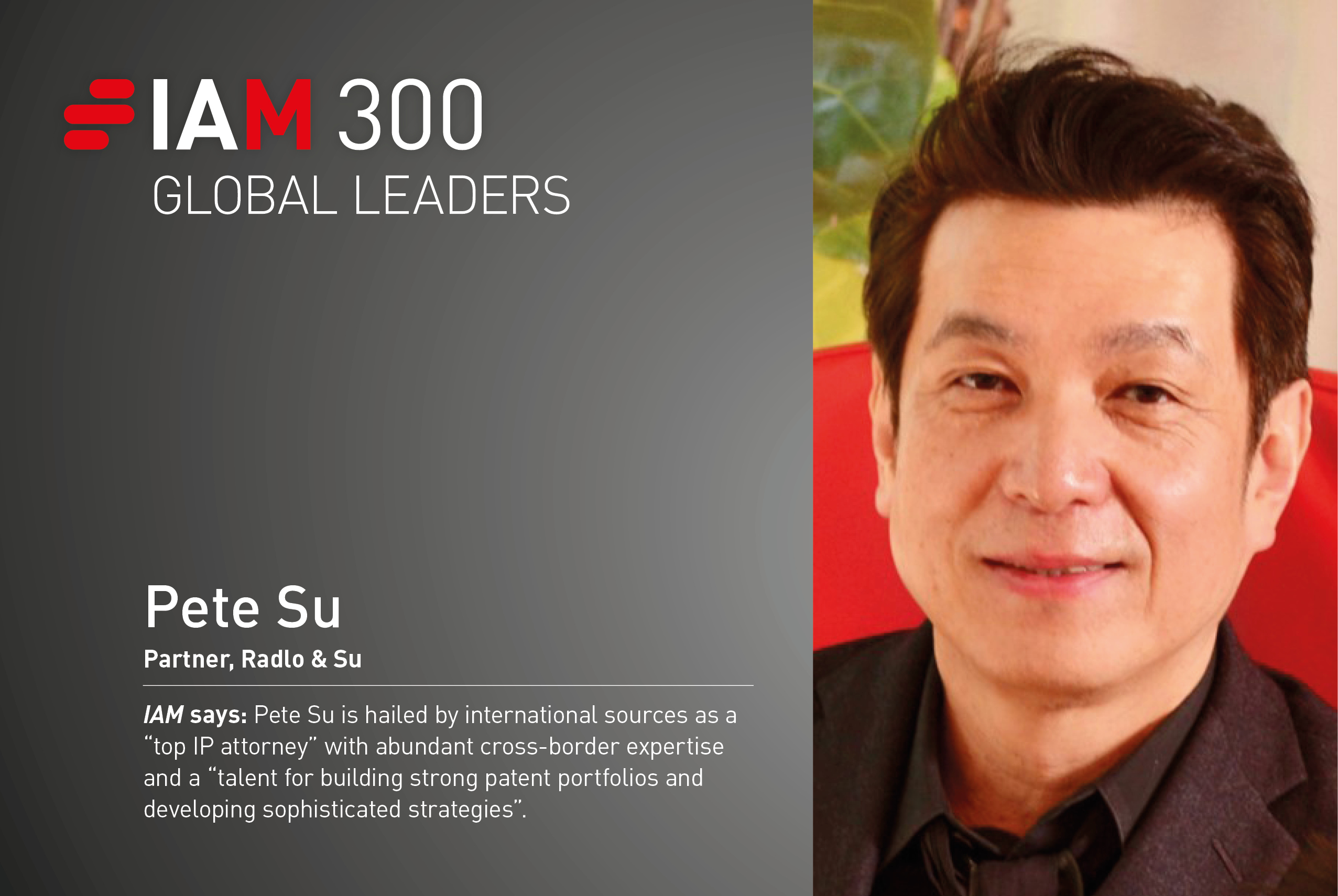 In your opinion, what three things make a world-class IP strategy?

The integration of business, technology and patent legal strategy. A world-class IP strategy requires a deep client-centric understanding of the interplay between those different dimensions to best predict how the applicable industry, competitors and market will evolve. From here, one can formulate an approach based on detectable infringement of licensable claims across multiple product and technology implementations. Another consideration for some clients is fashioning SEPs in view of emerging standards. This will enable the company to create and monetise a patent portfolio by covering future products on the market to generate returns for its investors, while simultaneously managing the level of risk from countermeasures and repercussions.

How are client expectations changing, and what impact is this having on your business?

Client expectations continue to ratchet up at each phase of patent portfolio development. Almost all clients have evolved with the expectation that the portfolio will net some type of monetary return, with a few companies that still see patents as a purely defensive play. While monetising a return to investors is a key outcome, clients may not appreciate that the patent laws in many jurisdictions, particularly in the United States and Europe, have changed significantly in recent years, which causes greater difficulty in the assessment on the enforceability of patents.

You work with a range of clients, based in the United States, China and Europe. How do you adjust your strategy accordingly to meet their expectations?

The fanciful hope of global patent harmonisation years ago has become even further out of reach as the US and European patent systems have become more incongruent. The commencement of the unitary patent and UPC projected in 2023 seems to add complexities and uncertainties unique for European prosecution and enforcement, with high annuity fees, the risk of central revocation and an untested and less predictable court, while still treating the United Kingdom as a separate jurisdiction. Since each client has a specific target market, it is necessary to consider whether a patent portfolio strategy should be best driven from a US, European or Asian enforcement perspective. This in turn requires a greater degree of collaboration between US, European and other international patent attorneys at the outset to draft patent applications that comply with the substantive requirements of those three (and other key) jurisdictions, and to formulate a strategy collectively to exploit and cover the differences in those jurisdictions.

Kathi Vidal was appointed head of USPTO earlier this year – what difference, if any, have you observed so far under her leadership?

Director Vidal has done a phenomenal job so far, particularly in calibrating the interests of having a fair patent system that will incentivise diversity and innovation as an engine to our economic growth, while tackling important issues like the PTAB’s discretionary denial policy and the ongoing ambiguity of patent-eligible subject matter. She has met and talked with many stakeholders, including IP leaders, government officials and underrepresented inventor groups across a wide latitude of communities and cities in the United States, as well as collaborating with WIPO in Europe and travelling extensively in Asia. All of these actions will provide insights in driving her patent policies.

Cross-border transactions between Silicon Valley and China generally reflect the pendulum of progression and regression of the political relationship between the two regions with a trickle-down effect, plus some outliers advocating for relationship reconciliations and other stakeholders whose interests are adversely affected calling for further decoupling between the two. The heightened investment regulations of the Committee on Foreign Investment in the United States and the National Security Review in China have restricted transactions between Silicon Valley and China. Companies from both countries that were founded in recent years with a vision of collaborating with each other on engineering, intellectual property and data sharing may be forced to restructure or reconsider Chinese cross-border transactions to comply with these government regulations. The rapid and continuing souring of the political relationships between China and the United States has essentially reached a point where many investors are shunning China transactions and/or investment. That approach may be short-sighted, given the long-time scale over which patents and other types of intellectual property are developed and enforced. Thus, a long-term view may better serve a client’s interests.

Pete Su is general counsel for Moley Robotics, where he has developed an industry-leading robotics patent portfolio. He is also co-founder of Radlo & Su, where he advises multinationals and start-ups from both legal and business perspectives, drawing from his experience as a partner of the global firm Dentons US, the general practice firm Fenwick & West and the IP firm Skjerven Morrill MacPherson, and as a design engineer at Advanced Micro Devices.