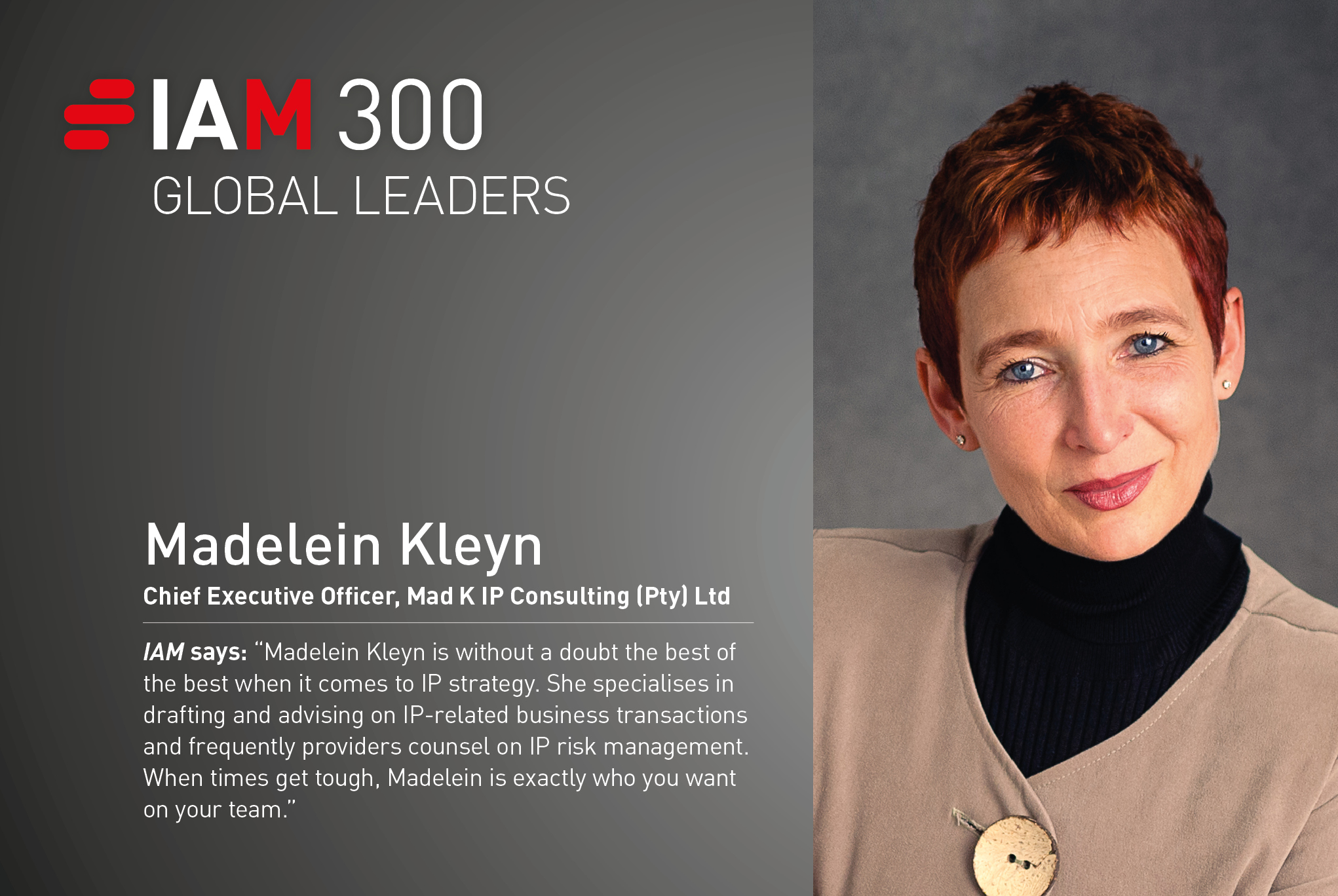 Can you tell us what led you to found your own firm and what advice you have for anyone considering taking a similar step?

As in-house IP corporate counsel for over 27 years I took the leap of faith to start an IP advisory company that could advise corporate clients in the area which I found to be the most frustrating. We provide an answer to a challenge, not so many alternative options that the decision-making process itself is as difficult as the situation was before the options were presented. Clients want a solution, not various options. Starting your own business is rewarding, but it is hard work and requires perseverance.

What are some of the biggest changes that you have seen in South African patent litigation over the course of your career?

South Africa is a non-examining country and patent litigation is designed to ensure that only valid patents are granted and maintained. Patent matters in South Africa are adjudicated by the Court of the Commissioner of Patents. The commissioner effectively has the powers of a high court judge and the court functions in a similar way to a division of the South African High Court. In Gallagher Group Ltd v IO Tech Manufacturing ((96/6799) [2012] ZACCP 1 (8 February 2012)), the court adopted an approach to evaluating contributory or indirect infringement of patents that differed from that established in previous matters. Previously contributory infringement was established under common law, under the law of delict. There are not many cases on this subject heard by the Court of the Commissioner of Patents or the Supreme Court so any are worth mentioning. In the procedural matter of infringement versus damage claims – as raised in Nu-World Industries (Pty) Ltd v Strix Ltd ([2020] ZASCA 28) – the Supreme Court took the unprecedented view of separating the infringement claim from the damage assessment. The first patent case that was heard by South African’s highest court, the Constitutional Court, was Ascendis Animal Health (Pty) Limited v Merck Sharpe Dohme Corporation ([2019] ZACC 41), where the main issue related to the principle of res judicata, and whether invalidity of a patent may be considered as a defence during infringement matters after the validity of the patent was already determined during revocation proceedings between the same parties. The defendant sought to amend its pleadings to add a second ground of invalidity, namely obviousness, but was denied the application on the basis of piecemeal litigation (ie, it is not possible to amend grounds for revocation after the fact). If there are more than one causes of action these should be raised all at once and pursued at the same time.

How do you expect the South African IP landscape to develop over the next five years?

What three factors, in your opinion, make for a world-class IP strategy?

First, alignment: a clear understanding of alignment between the business and its (IP) assets, and how intellectual property can support the growth of value. Second is the team – having the right team and understanding the multi-disciplinary functional role of each member in formulating and executing the strategy. Third, landscape. It is crucial to understand the competitor landscape and client needs in the market for IP protection and commercialisation strategy.

As patent pools become a more established part of the commercial landscape, what emerging trends do you think will shape how they develop next?

The formation of the mRNA hub of the World Health Organisation, which has its head office in South Africa, will drive patent pooling in the pharma industry to allow access to vaccines. One would suspect that patent pooling would go beyond licence and use rights. Anti-competitive effects may also arise and we can expect to see more criticism of patent pooling where it enhances anticompetitive behaviour under the auspices of public good.