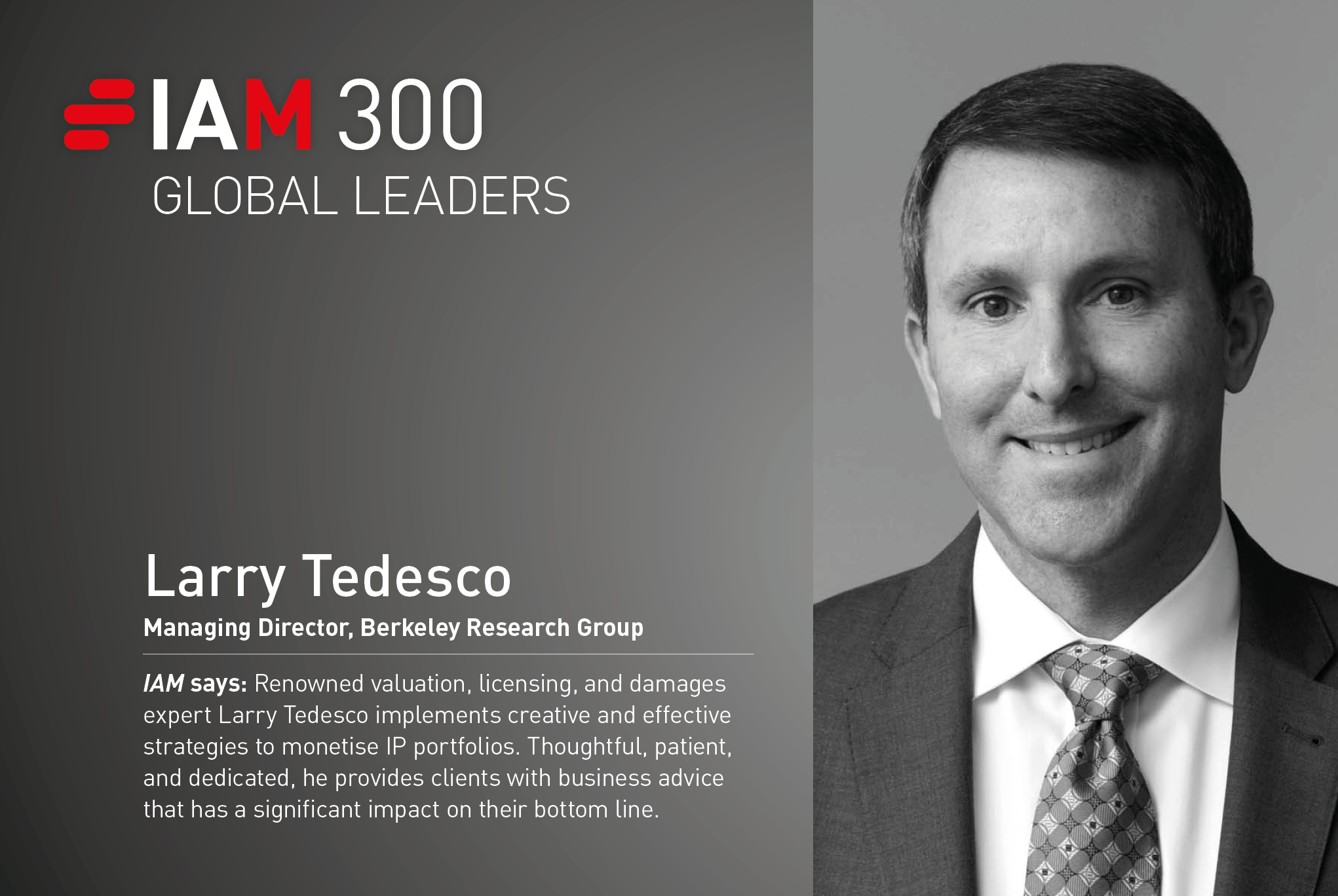 You have won acclaim for your expertise in IP valuation – particularly with regard to damages. What first attracted you to this area?

In the early 1990s I was CEO of a software development company and directly experienced the “dot-com” crash. While it was a financially devastating time, it forced us to pivot our business model and extract value from our IP assets in ways we had not planned. I had to learn quickly on the job and during this process I became passionate about valuation and IP monetisation. This became the focus of my professional life ever since.

How are the most recent FRAND judgments affecting the market right now?

The market is evolving and appears to have become more balanced. FRAND litigation has become international in nature, so it requires a global approach. One need not look far these days to understand this. Optis Cellular Technologies v Apple, InterDigital v Lenovo, Nokia v Oppo and Ericsson v Apple are just a few examples of SEP litigations being waged in multiple countries around the world. The pursuit of injunctions remains a priority for implementers, and courts in smaller countries have proved willing to take this issue on. A Colombian court recently became the first to deliver a substantive decision in Ericsson’s global patent fight with Apple by banning it from importing and selling 5G iPhones and iPads in the country. On the other side of the coin, China’s Supreme People’s Court has affirmed (for the second time) the right of China’s courts to set global FRAND rates in cross-border SEP litigation. Since several Chinese smartphone manufacturers sell the majority of their products within China’s borders, the country’s courts will clearly have an impact on global FRAND rates involving these companies. The FRAND licensing landscape could change significantly soon with the outcome of these global litigations as the entire FRAND/SEP market will be fixated on them for the foreseeable future.

As patent pools become a more established part of the commercial landscape, what trends do you think will shape how they develop next?

The patent licensing industry has been plagued with inefficiencies for quite a number of years, which is why I think that certain modernised patent pools are now seeing unprecedented levels of success. I work with several patent pools to help them analyse and determine their royalty structure. Much of this analysis is now based on quantifying the economic effects that technical improvements of newer versions of standards provide compared to older ones. The challenge is that there is no uniform technically based ranking approach for SEPs. Since all SEPs are not of equal value, a widely accepted ranking system needs to be developed to differentiate their value based on technical merits. Once that happens, SEP holders can be properly compensated for the value their specific SEPs provide. I think this will be an emerging area of analysis and focus for patent pools in the coming years.

When the USPTO, the National Institute of Standards and Technology (NIST), and the US DOJ issued their 2021 SEP Policy, it seemed clear that the Biden administration was signalling support of a more implementer-friendly SEP policy, in clear opposition to the pro-SEP holder policies adopted by the Trump administration. However, in June, the USPTO, the NIST and the DOJ withdrew the 2019 SEP/FRAND policy issued under the Trump administration without adopting their own 2021 draft. This has left the United States without an official SEP policy and has created a lot of confusion within the SEP/FRAND community.

You are well-known for your expertise negotiating and closing complex IP transactions – what, for you, defines a successful deal?

A successful deal, in my experience, is not like tug of war. Often, future transactions may involve the same or similar parties, so pulling those parties into the mud in one negotiation is going to make them a lot more difficult to deal with in future. To be successful, a deal must benefit both sides. I think that approach will lead to higher net gains over long periods of time.

Larry Tedesco is an expert in developing, managing, valuing and licensing intellectual property as an operator and consultant. He has provided multiple levels of damages evaluations for both plaintiffs and defendants in a wide range of IP disputes and is a certified valuation analyst, certified licensing professional and a master analyst in financial forensics.