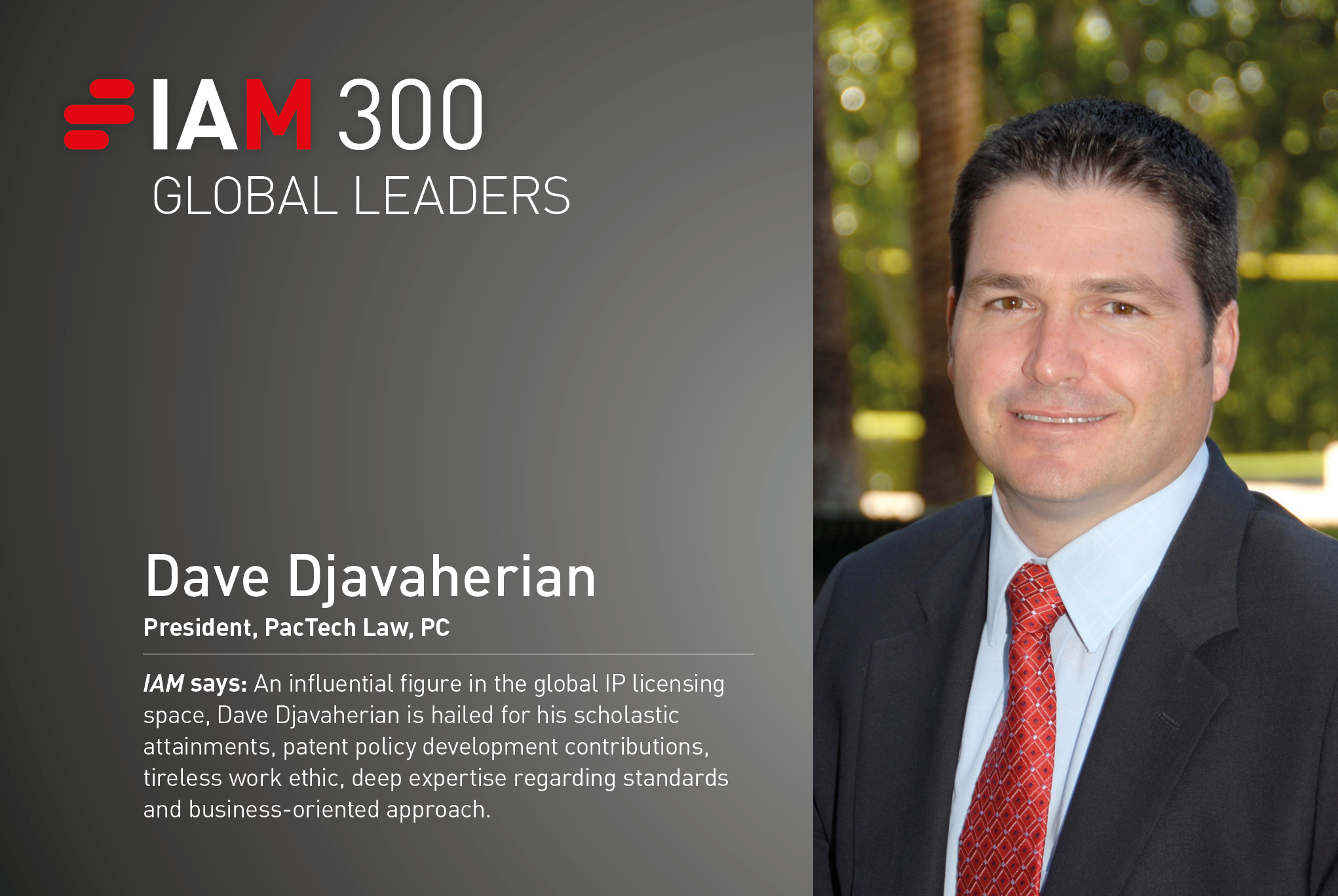 Tell us about your career. Why did you start PacTech and what are your goals for your practice?

I am a patent litigator by training but spent seven years in-house at Broadcom and Tessera, managing not just litigation but also licensing and standards issues. In other words, I was a client for a long time before returning to a law firm and that helps me in understanding and assisting my clients. At Broadcom, I became deeply involved in the standard-setting process, and started PacTech in 2014, in part, to help clients address licensing and policy issues relating to SEPs. I try to provide expertise and sophistication in these specialised areas so that my clients, who have lots of other matters on their plates, will not always need to become specialists themselves.

How has the US approach to standards and patents evolved over time?

US law has a long-standing approach to standards and patents, and their relation to competition law. Indeed, the very idea of licensing on “reasonable and non-discriminatory” terms first arose from United States antitrust cases in the 1940s and 1950s, and then was borrowed and incorporated by standards-setting organisations around the world as a means to protect against competitive abuses. The United States recognises that while standardisation could exclude competitors from the market, its pro-competitive benefits can be achieved if licences are widely available on reasonable terms consistent with the value of the underlying patented technologies, not including the added value provided by standardisation itself (eg, the value of interoperability). Unfortunately, there was a bit of a blip between 2017 and 2020, when one of the US agency appointees experimented with a new approach that was contrary to long-standing US law and policy. That failed experiment did some damage and enabled some problems, but it seems that the US approach is slowly returning to historical norms.

My clients participate in international markets, so I have to keep up with international developments and sometimes work with foreign counsel. Because patent owners usually control where to raise a dispute, there is always the risk that a patent owner-favourable jurisdiction can set licensing policy for international patents. As one example, in 2022 an American automotive company that sells most of its cars in the United States was enjoined in a foreign jurisdiction, based on a single foreign patent. The only way to prevent the injunction (which would have shut down not just sales in that country, but also an important manufacturing plant) was for the automotive company to pay for a licence to thousands of untested patents worldwide, including for all US sales. That seems to me to create a problem for US courts and policymakers – allowing foreign courts to set rates and terms for US patents and US consumers undermines the unique role of the US courts in enforcing US patent law. In short, as a practitioner whose clients are active in international markets, I have to try to keep up with the issues, risks, and opportunities that affect my clients around the world.

What industries are most affected by standards and patents?

Licensing has been most prominent in the wireless industry, where licensing of handsets, tablets and cellular components is now a multi-billion dollar business. But wireless technologies, along with other standards such as codecs and wireless charging, are now migrating throughout the economy. Licensing, and the associated legal and policy disputes, has followed. We now see disputes emerging in the automotive and energy spaces, and soon licensing issues will affect multiple new industries such as medical devices, smart agriculture, IoT, smart cities, and many more. It will be critical to the US economy to product innovation, and ultimately to consumer welfare, that we facilitate reasonable licensing terms. This includes providing strong, legally enforceable guardrails to protect businesses against abusive licensing assertions that restrict market participation.

Which emerging technologies are currently having the biggest impact on your clients – and how is this shaping your practice?

The movement to a connected world – including smart cities, self-driving, 5G and IoT – means that standards are becoming embedded throughout our economy. All of the associated patent issues are coming with them. While patent holders are entitled to their fair share, there are some very smart, sophisticated, and specialised companies that hope to exploit the situation to obtain windfall profits beyond the value of their patents. We all need to be ready and on guard.

Dave Djavaherian is president of both PacTech Law and PacTech Consulting, where he focuses on standards and patent matters, including FRAND licensing, SEP policy and related disputes. He has extensive experience at ETSI, the ITU and IEEE, and also serves as an expert witness in US and international FRAND matters. Before founding PacTech, Mr Djavaherian was at Broadcom and Tessera – he began his career with Irell & Manella LLP in Southern California.