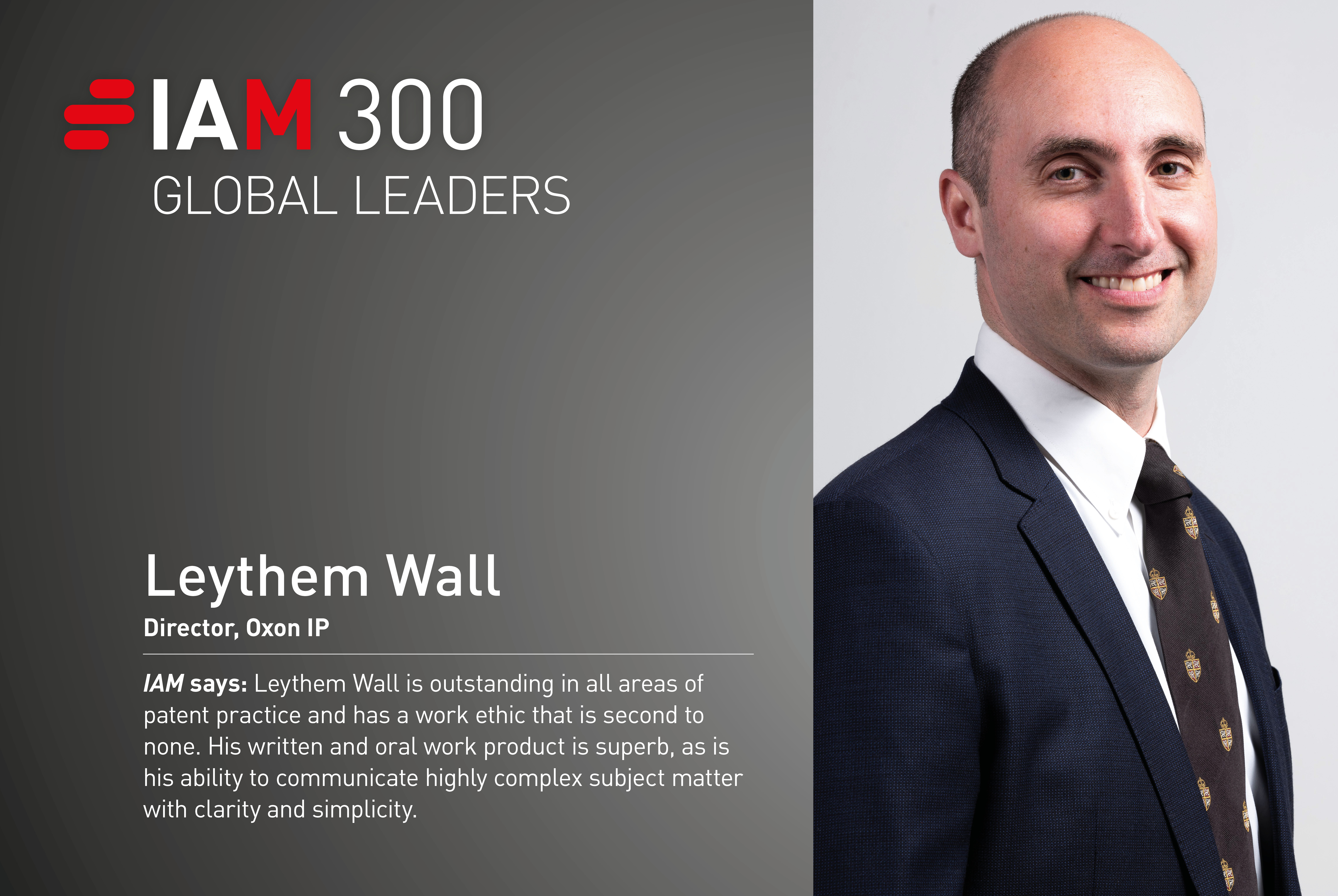 You have experience working in both private practice and as in-house counsel at some of the world’s biggest multinationals – how has this shaped the way that you build relationships with clients at your own firm?

I have had the great fortune in my career of working for both European (AkzoNobel) and US (ExxonMobil) multinationals, as well as being a partner in major European and US IP law firms. Having experience on both sides – private practice and industry – as well as the interplay of European and US law has proved invaluable. Having been the client myself, I fully understand the commercial considerations, time pressures, budgets and the very great responsibility of an in-house counsel with the final say to the business. My starting point in building relationships is always to consider what I would want from my outside counsel. My goal is always to achieve what is in the client’s best interests, not necessarily mine, and I think the clients at Oxon IP very much appreciate this.

How would you characterise the patent litigation space in Europe right now?

Patent litigation in Europe is undoubtedly now defined by the expectations of the UPC. It has been a long time coming, with what appeared to be a number of potential showstoppers along the way. Nevertheless, the roadblocks have been navigated, and a centralised forum for infringement and revocation actions covering up to the majority of EU states is on the horizon. Due to its use of European Patent Convention (EPC) law for deciding validity and the potential interplay with EPO oppositions, I would expect to see numerous UPC revocation actions. Unlike EPO oppositions, which are restricted to a nine month from grant filing period, UPC revocation actions can instead be filed at any time during the lifetime of the European Patent.

You have won acclaim for your expertise in oppositions and appeals before the EPO. What are some of the most common mistakes that parties make in such matters – and how can they avoid them?

The keys to success in oppositions and appeals are above all preparation and persistence, and in their mirror image the biggest and most common mistakes I often see stem from the lack thereof. While oral proceedings at the EPO remain dynamic and key, and an ill-prepared representative can be detrimental to a case, I see the written proceedings increasingly becoming the major battleground. Long gone are the days when the EPO might do the job for you and identify key objections from their own detailed review of the cited prior art. Parties need to set out their case in full – particularly the opponent –  clearly and succinctly, and win the opposition division and especially the Board of Appeal early on.

If you could make one change to the international IP ecosystem, what would it be and do you think that it is likely to happen?

In Europe, the one (and perhaps controversial) change I would have made is to extend the period for filing oppositions at the EPO. The current nine-month window means that a third party has to decide in a relatively short space of time whether to challenge a European patent, whereas it may only become apparent in years to come whether there is a freedom to operate issue. The EPO system works well, is cost effective and provides certainty by delivering a single decision across Europe, including for major non-EU countries such as the United Kingdom, Norway, Switzerland and Turkey. Without a UPC this may have been half the answer to centralised European patent litigation. Now that the UPC is on the horizon, and with it the possibility of central revocation actions, such a change seems unlikely for the time being.

Having served a number of different employers in my career, you get to identify the good, the bad and the not so pleasant traits of some leaders! However, what overwhelmingly stands out as inspiring are the values we stand by at Oxon IP, namely quality, equality and decency. Quality in demonstrating excellence. Equality in treating colleagues, whatever rank or background, the same. And decency, showing respect and kindness to all. Lead by example, and also prepare others so they can lead when the time is right.

Leythem Wall is a European and UK patent attorney and litigator specialising in the chemical, consumer products, energy, material, medical and pharmaceutical sectors. Prior to founding Oxon IP, he was a partner at major European and US IP firms, and has served as in-house patent counsel for some of the world’s largest European and US multinationals. Mr Wall regularly represents clients in post grant opposition and appeal proceedings before the EPO as lead counsel.