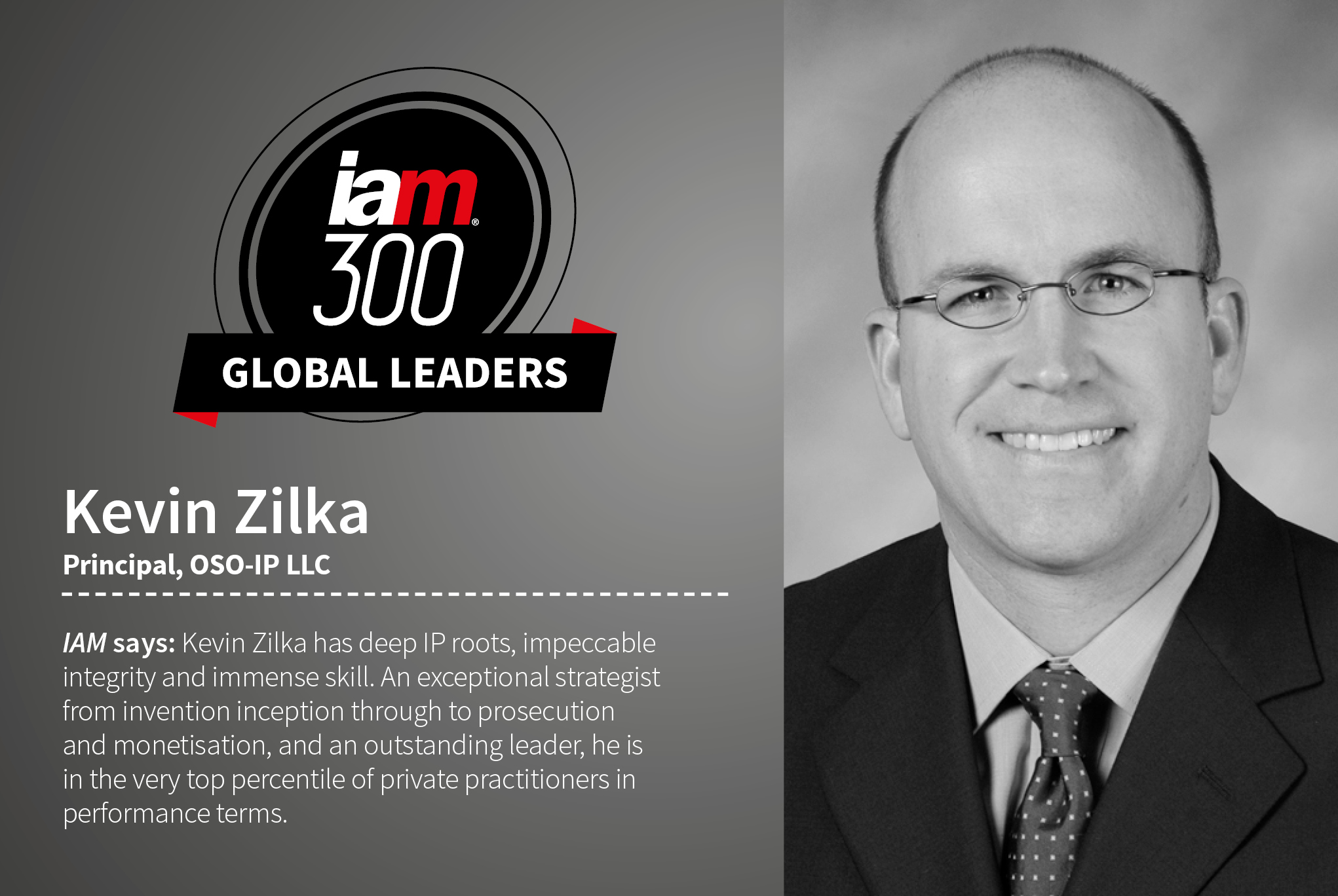 What led you to establish your own firm and what advice do you have for somebody considering doing the same?

First and foremost, I love what I do, and I will do it until I can no longer. That said, after practising in the patent realm for many years leading up to and through the dot.com bust of 2001, I witnessed first-hand the role of patents as critical assets for both start-ups and independent inventors. In the best of times, those smaller clients of mine already had an uphill battle competing with entrenched, cash-rich market incumbents. When the technology market tanked, many of those same clients faced mountains of debt with no viable path forward.

At the bottom of the market, my smaller clients approached me to request leniency on legal fees owed, along with instructions to abandon their portfolios in order to cut expenses. It became apparent to me that I could play an instrumental role in helping these start-ups and independent inventors. I therefore forgave those outstanding legal fees and disengaged the attorney-client relationship so as to enter into a business partnership in order to bring both my expertise and capital to bear in using my clients’ patents to recoup losses and even turn sour situations into positive ones.

As for my advice for others, such guidance is different these days, as compared to a decade ago. Ten years ago, I would be beaming with optimism and advising people to dive in fast and hard, as opportunities abounded. These days, however, my advice is laced with caution. Sure, there are signs that the patent pendulum (which insider professionals refer to when discussing the state of patent affairs) is swinging back, albeit slowly, in a direction that benefits patent holders. However, the last pendulum swing (which involved the America Invents Act, eBay and Alice) was extreme, to the point where even I wondered if it was worth continuing to pursue deals.

In the end, what I have earned over the last couple of decades can be summed up as follows:

Which of the patent monetisation deals that you have worked on are you most proud of – and why?

As a human being, I am most proud of the deals that made a material difference to the lives of start-up founders and independent inventors, and even some non-profit charities along the way. Many of those folks, like me, were cash-strapped when they started their entrepreneurial journey. Thus, I can genuinely empathise with their situation and share in their joy when their lives are positively affected by their inventions and their hard-earned patents. To date, my team and I are proud to have channelled millions of dollars of IP-licensing revenue to inventors and patent holders, who deserve a meaningful return on their investment of time and money.

How do charities come into play in patent deals?

Believe it or not, the US tax code has incentivised patent holders to work with charities. After having investigated this, it made sense to partner with some charities so that they could win alongside us, thus ensuring that patent licensing is not just about making money but also about giving back. We really enjoy seeing our hard work inure not only to our benefit, but also to that of our nation’s charities, which serve children and the nation’s neediest. My team and I are proud to have channelled millions of dollars of IP licensing revenue to charities that enrich the lives of the underprivileged and underserved.

You mentioned doing deals on patents where others would not touch them. What do you do differently in this regard?

Often, licensing professionals primarily look just at issued patents when deciding whether to purchase from or partner with a patent holder. While patent monetisation is already a long game, we are prepared (and even eager) to play the longer game – often by starting over when building a patent portfolio using strategic continuation practice. Thus, for us, assuming that everything else is perfect, the decision to partner always comes down to the existence of a pending continuation and sufficient patent term to do something substantial with that asset(s). If that scenario exists, limitations in any patents (or lack thereof) can be rectified by filing more patents in order to build the strongest case for the patent holder from scratch and with the current infringement landscape in mind.

Further, during litigation, we can continue to use this strategic continuation practice to bolster and refine the patent portfolio as litigation plays out. With more and more hurdles being erected before patent holders (eg, inter partes reviews and Alice motions), it is more important than ever for patent owners to employ each and every strategic advantage to achieve success, including strategic continuation practice.

Why do you think others are not as focused on strategic continuation practice as you?

First and foremost, it is expensive. Further, once somebody managing a patent family decides to spare themselves this expense, that decision is irrevocable. Thus, patent portfolios that meet our criteria (ie, high quality, infringed, with a pending continuation) are few and far between. However, from our perspective, the bottom line is that it is best to really dig into infringement, validity, damages and statutory subject matter issues before you start writing claims that will be used in litigation and do so with all of the latest, relevant facts at your disposal. Still, you need to continue this approach in an iterative process of revisiting those same issues in light of new information that emerges during litigation in order to bolster and refine. Thus, while many simply draft and issue their patents in a vacuum and close prosecution in order to save expense, we continue to invest in the patent portfolio as new information is received through the litigation process. While this is expensive, in our experience it is the best playbook for winning.

In a nutshell, this is what differentiates us. We focus almost exclusively on deals involving patent portfolios with pending continuations that enable us to spend over 10 times the typical money and expertise-backed effort, in order to overcome the elevated hurdles that have been erected over the last decade or two. Further, my 20-plus years as a patent prosecutor positions me well to add value throughout this process.

You are a named inventor on dozens of patents – how has that affected your attitude to and insight into partnering with others?

The bottom line is that I get it. I know what is going through an inventor’s mind when they are looking to monetise their assets. I have been there, I have done that – many times over. In addition to having walked in the inventor’s shoes, my own inventing experience has led me to develop a profound respect for inventors. The road has always been tough for them, and, in recent times, it has become even tougher. Thus, I see my partnerships (with inventors) as a true privilege.

Kevin Zilka has decades of experience in the IP field. He has successfully monetised patents, yielding more than $100 million in returns for patent holders. While Mr Zilka specialises in every stage of the patent procurement, licensing and enforcement process, his key differentiator is his expertise in early-stage IP opportunities that fuse his talents of early recognition of winning technology, the strategic procurement of enforcement-ready patents and the development and execution of licensing-centric business strategies from the ground up.