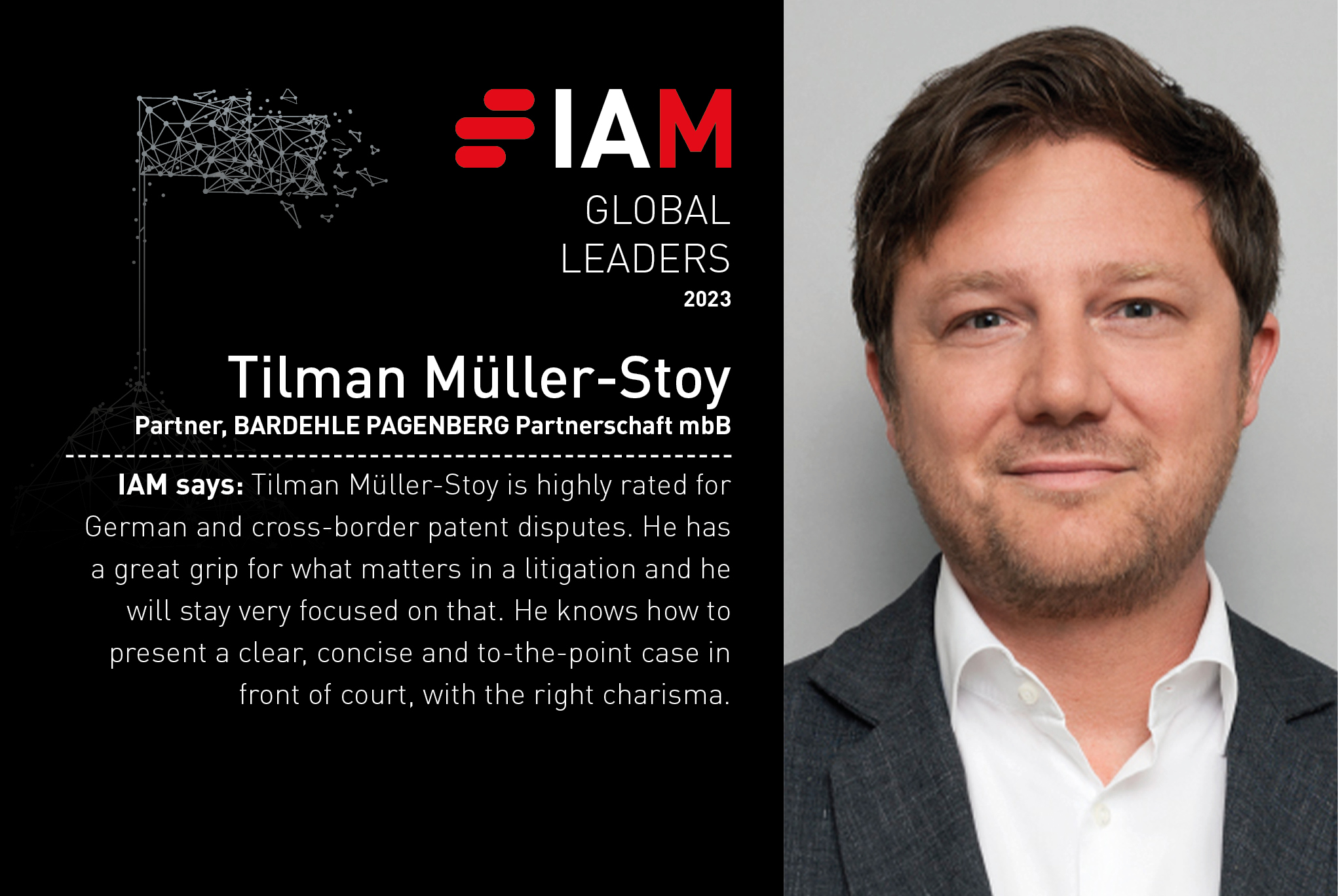 In 2011, I won Microsoft as a client in the smartphone wars against Motorola/Google and have been European lead counsel ever since. I am still overwhelmed by the trust that this tech giant was willing to place on a young patent litigator. Another memorable case was for an SME that had taken on a multinational for infringement of a basic patent. We came in on appeal after the patent was initially invalidated. The future of the company (63 employees/families) was at stake. I will never forget how the hot breath of the company’s owner sitting right behind me touched my nape during oral arguments at the Federal Court of Justice where we ultimately resurrected the patent. Still in the courthouse, we informed the employees about the result. They started singing and cheering loudly – one of the most rewarding emotional moments of my professional life.

You have won acclaim for your courtroom acumen. What are the top skills that a world-class litigator needs to hone?

There are so many skills that are needed. Some important ones are: listen, anticipate and be prepared. Stay calm and humble. Be quick on your feet, proactive and creative. Remain strategic and never lose sight of the commercial objectives of the client – no matter what.

There has been much talk about the tension between antitrust and intellectual property – have you seen any evidence of this, and if so, do you think it is likely to develop into a big issue?

SEP/FRAND licensing comes to mind – a complex issue requiring patent, antitrust and economic expertise. There is quite some lobbying on national and supranational levels, given the conflicting interests involved. Courts are struggling to strike a balance between hold-up and hold-out. We have seen the pendulum swinging back and forth and there is no one-size-fits-all solution. While there is a solid track record and thus some legal certainty on consumer electronics and connected cars, I expect IoT − including medical devices − to be the next big thing. Today, nearly everything is connected, and many new players have entered the field, many of which are SMEs without sufficient experience. Therefore, it will be interesting to watch particularly the approach that patent pools take as well as the activities of licensee negotiation groups.

What are the biggest challenges facing international clients looking to enforce their patents in Germany right now?

Looking broadly at the international patent litigation landscape, there are not many key jurisdictions. Among them, Germany is the most important in Europe measured by number and profile of cases. It is an attractive venue for patentees, as injunctive relief remains readily available despite recent legislative changes. Regarding challeqnges, it cannot be emphasised enough that validity is key, even more so these days. Many patents get (at least partially) revoked in Germany just like elsewhere, as there is an international trend. It is thus fair to expect an increase in the traditionally low stay rates on the infringement side in Germany, particularly given the now timely rendered preliminary opinion of the Federal Patent Court on validity in parallel nullity proceedings. Thus, validity and helpful fallback positions should be considered from the outset before a litigation is filed. Yet, the biggest challenge is international, namely a centralised pan-European patent litigation system that is about to start in early 2023, the UPC. It adds many strategic options to choose from, partially excluding each other as well as national litigation. Thus, the decision-making process becomes more complex and needs to account for that even today, not only relating to enforcement but also to prosecution and licensing.

You deal with a range of clients – from big multinationals to cutting-edge start-ups – how do you tailor your practice to provide the best possible service to them?

There is no standard approach, although there is one common characteristic: the client has a problem and to help solve it is my mission, regardless of the size of the issue. Many factors are relevant and different clients have different priorities, which eventually change over time. The challenge lies in continuously identifying and understanding the client’s business objectives. How to do that? Ask questions, even the ‘stupid’ ones, and listen, listen, listen. A trusted adviser takes accountability and challenges opinions, be it those of the client or those of their own. It is better to take some heat than to act as an echo chamber without adding value.

Tilman Müller-Stoy is widely recognised as one of Germany’s leading patent litigators with global patent litigation and licensing experience. He has handled several hundred adversarial patent disputes in courts, patent offices and ADR proceedings. He has vast experience in defending against, but also creating, evaluating and enforcing extensive licensing programmes, particularly in the area of SEPs, including FRAND issues. His technical focus is on automotive, telecommunications, consumer electronics, medical devices and pharmaceuticals/biosimilars.